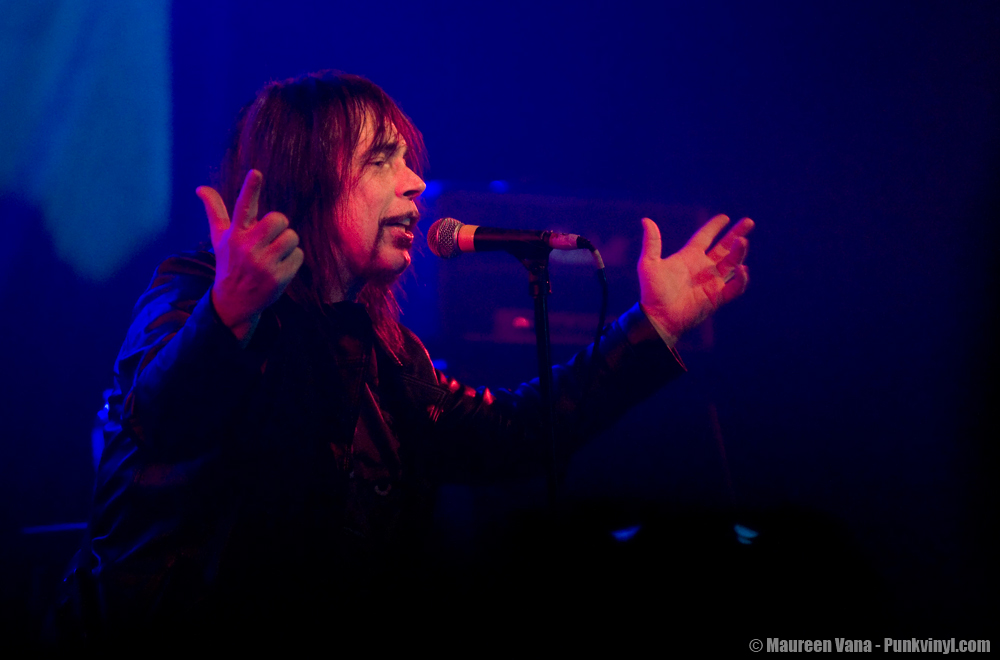 When i was 13 years old, the first unsupervised concert I paid to go see was Monster Magnet with Corrosion of Conformity here in the Windy City.  That show opened up an entirely different and wonderful world to me, where live music and performances from my favorite artists would mold me into the music lover I am today.  Sadly, that first show was the last time I saw Monster Magnet. Then one fateful day it was announced that they would grace the Bottom Lounge with their presence after not touring in the US for 10 years.  I danced a happy dance as I marked my calendar for November 16th.

The show could not roll around soon enough! I made it to the Bottom Lounge nice and early to prepare to relive songs that have haunted my life hundreds, even thousands of times… oh and to check out the opening acts too.  Mind you, I was already beat up from being pressed against the guard rail from strategically placing myself in the blast radius of Kerry King’s amps at the Aragon Brawlroom for SLAYER the night before.  I am a glutton for punishment of music.  Nonetheless, this was a fantastic night of stoner rock and metal that went perfect with a few vodka tonics and a twist of lime.

Dizmal Daze was first to the plate, featuring members of Nachmystium, Earthen Grave, Novembers Doom and Trouble.  It reminded me of a stoner metal Type-O-Negative.  I was really impressed by their set, especially when they got the crowd going covering Black Sabbath.  I look forward to seeing these guys again most definitely.

Next up was Anti-Mortem from Oklahoma.  Holy balls, these guys had some REAL energy!  They really knew how to get the crowd moving and no doubt had some sort of Red Bull IV apparatus somewhere with their gear.  Also, I think that when holding auditions for band members, with all talent set aside, it came down to only bringing on whoever had the curliest and most full bodied hair.  A great performance and the guys even whipped out their phones to take some crowd pics for the road.

All apologies to Royal Thunder…. They sounded amazing, but unfortunately I was not up front and personal for this one. Hope to catch them again next time around.

Monster Magnet simply blew me away.  When Dave Wyndorf and crew stepped out on stage and started the show with “Nod Scene” from Spine of God, I was completely mesmerized.  Dave’s voice is simply timeless and he sounded EXACTLY like he did when I saw him eons ago.  The crowd agreed with me as the venue packed tighter and tighter.  I felt like a kid again! They played almost all of my favorite tracks ranging from “Look to Your Orb for the Warning” to “Dopes to Infinity” off of Dopes to Infinity and from “Crop Circle” to “Space Lord” off of Power Trip.  A cover of “American Pie” was even thrown into the mix, as well as a couple of choice tracks from their new album, Last Patrol.