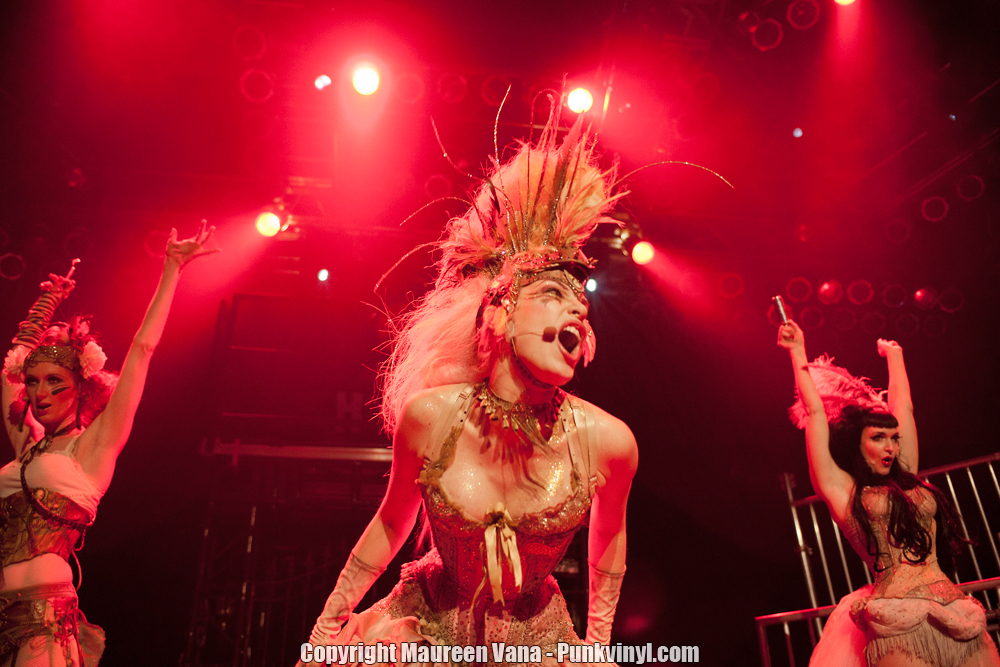 Emilie Autumn made a stop at the House of Blues this month on tour promoting her third studio album, Fight Like A Girl. Traveling along side Emilie and her Bloody Crumpets is Canada’s own The Birthday Massacre who is co-headling this second stretch of dates. Emilie will be circling back around solo for another Illinois date this Sunday 12/01 at Pop’s in Sauget. The Birthday Massacre opened the show with a nice, lengthy set to get the crowd warmed up.

There was an extended hour long intermission between sets, but the crowd didn’t seem to mind. Concert goers continued to filter in and fill up the main floor of the HOB. Finally the curtain rose to reveal the set for the evening complete with clock tower and cage. An Emilie Autumn show is not just some great live tunes, but a full on theatrical performance. A stage of props that can be climbed on, swung from and ran through is mixed with elaborate costumes, fantastic make up, a few great hair pieces and a spot of tea.