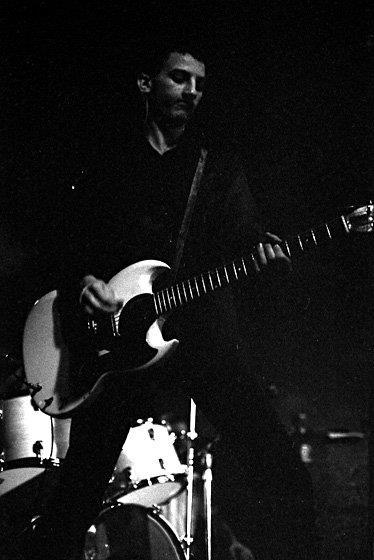 Today I received the sad news that Mike Atta, guitarist for The Middle Class, passed away yesterday after losing his battle to cancer. The Middle Class is often credited with being the first hardcore punk band after they released their legendary Out of Vogue 7″, which was easily faster and harder than anything that came out at the time. That 7″ is highly regarded as one of the all-time greats in american punk rock. The band stayed together for a few years and put out two singles and an LP before calling it a day. They’ve done occasional reunion gigs and the members of the band continued to play music after the band broke up.

My introduction to The Middle Class came posthumously when I found a copy of the Tooth and Nail compilation on Chris D.’s Upsetter Records. Their songs on there made me an immediate fan and it wasn’t long after that I found myself copies of all the Middle Class Records. They remained out of print for decades until Frontier Records released a wonderful retrospective LP and CD a few years ago.

I had the honor to meet Mike Atta  in 2006 when Lisa Fancher took me to the store he had, aptly titled Out of Vogue, when I was out visiting in CA. Mike was a very nice person and I was really happy to meet one of my “punk rock heroes” and tell him how much I enjoyed his band and how I held the Middle Class records I owned in high regard. I’m sure he heard that a lot over the years, but he seemed to genuinely appreciate that I liked his band so much.

As we age, the world of punk rock seems to shrink as its founding fathers age and pass away. While they may be gone and they will always be missed by those who loved them and those of use who have enjoyed the art they created it is comforting that we will always have the great music left in their wake. Thank you Mike Atta and The Middle Class for all that you did, you left a lasting impression on people that you should be proud of. My condolences go out to Mike’s family and friends.