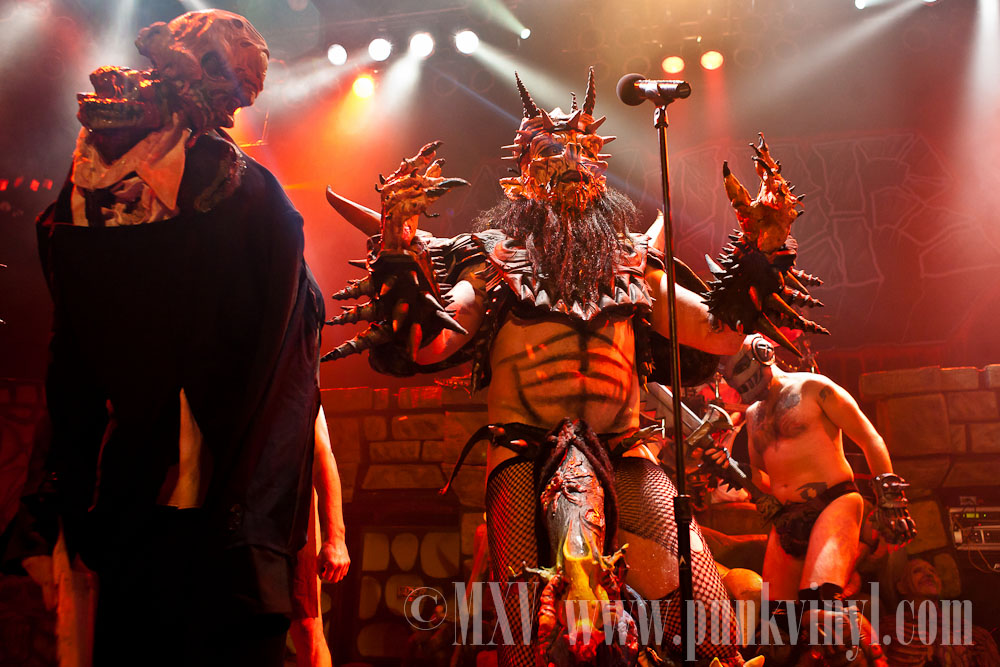 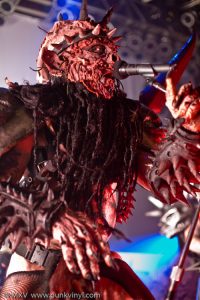 Dave Brockie, better known to fans of the band Gwar as Oderus Urungus, was found dead yesterday in his home at the age of 50. No cause of death has been released at this time. Dave was the leader and a founding member of Gwar, a band who has enjoyed a lengthy career spanning back to the 1980s. Dave was the mastermind behind Gwar’s amazing sense of humor, satire, vulgarity and every other wonderful and entertaining thing the band became famous for. The band’s theatrical stage shows are a thing of legend that has been enjoyed by multiple generations of heavy metal and music fans. Their show was so entertaining and such and event that they transcended their genre and you’d often see people of all types at their shows getting doused in any number of colored liquids and goo and coming back for more every year. Gwar shows became a Halloween tradition for years here in Chicago and the band had an amazing talent for changing up their stage shows every  year to keep it fresh, all while still employing the gimmicks that they became famous for. My personal favorites were the shows where they did the Intergalactic Wrestling Federation, where the band would do battle on stage against various creatures and villans complete with ring ropes at the front of the stage.

This isn’t the first loss for Gwar. The band lost long-time guitarist Cory Smoot in 2011 when he suffered a heart attack while the band was in the middle of a tour. The band soldiered on after retiring Smoot’s character. It was a tough blow to the band and to fans but with this untimely loss of the band’s leader, it is probably a safe assumption that it spells the end of Gwar’s amazing run. This is a horrible day for fans of Gwar and entertainment in general. We just lost an amazing talent and one of the more creative members of the music industry. It is also a sad reminder of how we are all getting older and how limited our time here on this planet is. Hopefully Dave is reuniting with Smoot and they will continue to entertain the masses in whatever afterlife may exist. R.I.P. Oderus Urungus, and thank you for all the years of good times, all the ruined clothes from the Gwar blood was well worth it and you will be sorely missed.