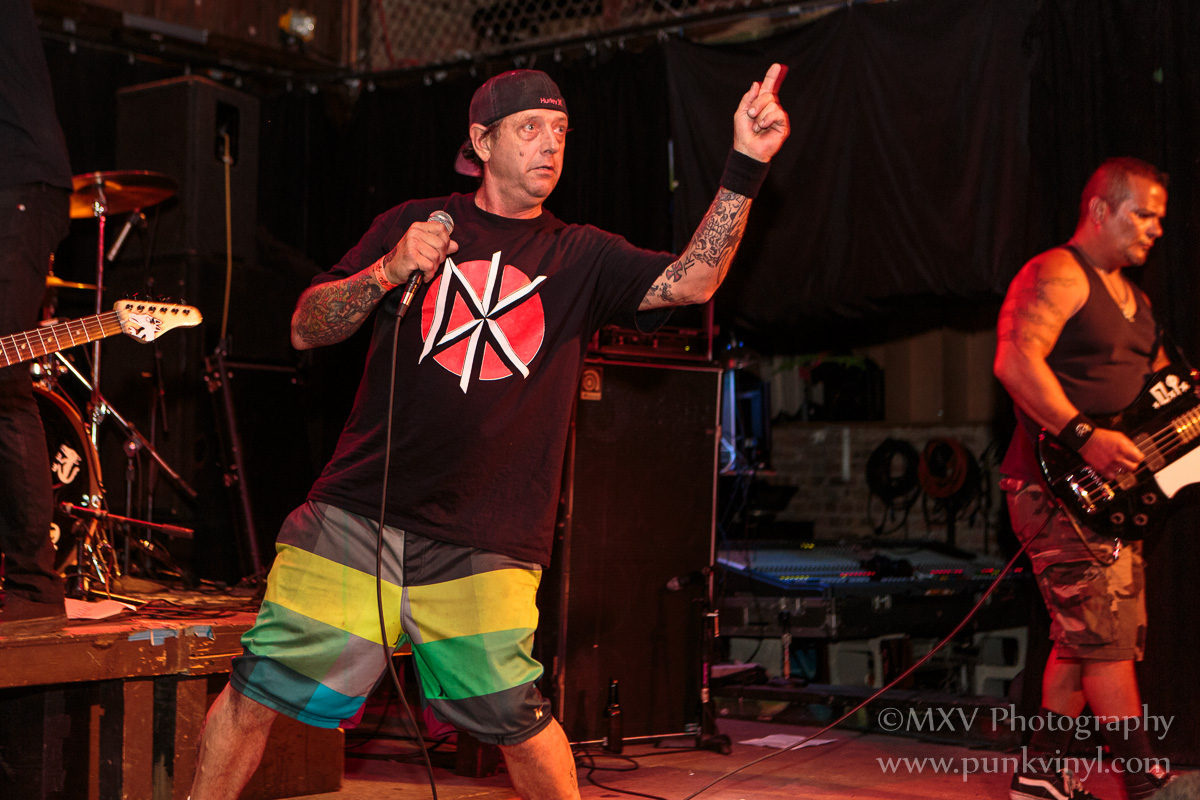 Thursday night while it was pouring rain outside, D.I. performed alongside a few other bands for those who braved the elements and wanted to stay up late on a weeknight. D.I. has been around for over 30 years now and they seem to make their way out here once a year which is always a nice treat. This year they once again returned to Reggie’s.

The Pervert Preachers were the first band to play. They were generic, paint-by-numbers, nondescript hardcore. They were all wearing the standard punk rock uniforms, were drunk before they took the stage, and probably felt they were really being punk rock when they threw beer into the audience. If you are old enough to remember the stereotypes of punk as depicted by Quincy and C.H.I.P.S. then you will know where these kids probably got their ideas from.  What a waste of a half-hour.

Brief Lives were next. These guys really were the best band of the night. They had a think and heavy sound and sounded like something you would have heard on the Sub Pop label back in the early years of when that label was really happening. They had heavy grungy riffs and their singer just so happens to be the singer of Valient Thorr! These guys were really tight and energetic and stole the show. They also need to record immediately! Their set alone was worth the trip.

FBF played third and they were a three-piece band. They played fast paced street punk. Some of their songs were pretty catchy and the crowd seemed to be into them. Their set seemed a little on the short side as well.’

The Ridgelands quickly followed. The bass player (who also is one of the two singers) looks an awful lot like Dee Dee Ramone. They played sing-along punk that was more on the pop side compared to the other bands this evening.

D.I. finally took the stage and they started off with an instrumental number to get warmed up and then quickly segued it into, “Western Front”. Casey Royer (the only original member of D.I. for probably the last 20 some years) was very chatty and entertaining and is still a good, and sometimes goofy, front man. They blasted through an energetic set that mixed up newer songs with plenty of their classics. Standouts were “Richard Hung Himself,” “Amoeba,” “OC Life,”, “Guns,” and “Johnny’s Got a Problem”. Their newer material sounded as good as the classics as their songwriting style has been very consistent throughout the history of the band. The crowd, which consisted mostly of younger kids, really made the band feel welcome as they jumped around and sang along. They played about 45 minutes and it was a fun set from start to finish.

Overall it was a decent show but it suffered from having too many opening acts and too late of a start time for being a weeknight show, especially when the main audience for the headlining band is people approaching middle age who have jobs and families. That aside, Brief Lives and D.I. made the next day’s fatigue worthwhile.