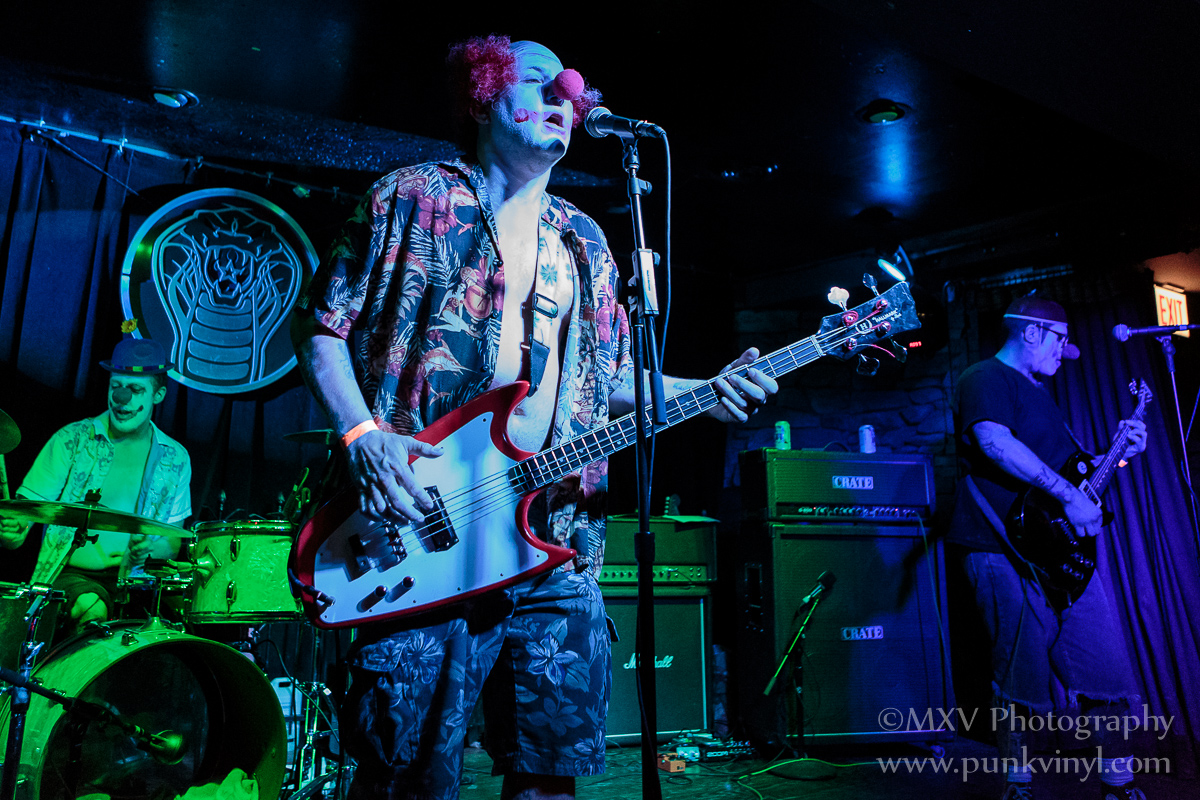 Saturday night one of Chicago’s oldest and one of Chicago’s current best teamed up for an evening of quality punk rock when The Mentally Ill and Hotlips Messiah played at the Cobra Lounge. This show was a “record release” show for Hotlips Messiah as they just released a new digital EP. This show was also supposed to feature Silver Abuse but unfortunately they had to cancel the show due to an injury.

Hotlips Messiah was down one member as Traci Trouble was very ill and unable to perform. This didn’t stop the show from going on though as bassist, Rich Bastard, handled most of the vocal duties in her absence along with a couple of guests for certain songs. Rich did an admirable job and while it wasn’t the same without Traci, the band still put on an extremely entertaining set that featured some of their new material along with the staples of their usual performances. The entire band was dressed as clowns too and Rich looked like something out of a clown horror movie! A really fun set that proved even without their singer this band is one of the best in the city.

Chicago legends, The Mentally Ill, quickly followed. They played all the songs from the infamous Gacy’s Place single (the title track being a little longer and slower than they’ve played it in the past with a different intro) as well as “Strike the Bottom Red” and a few others from their limited but excellent back catalog. During “Doggie Sex” they threw out some stuffed dogs into the audience. Some of the audience tossed them back or at each other and a few probably took them home to give to their kids. The band sounded as great as always and they are always a lot of fun. They don’t play out very often so when they do it is always a treat to see them perform.

Despite cancelled bands and missing singers, these two bands put on very entertaining sets and it made for a fun evening out. Both bands are well worth checking out if you’ve never seen them play before and hopefully both of them will play again sometime soon (and hopefully Silver Abuse will be back in action soon as well).

Check out additional photos from the show here!