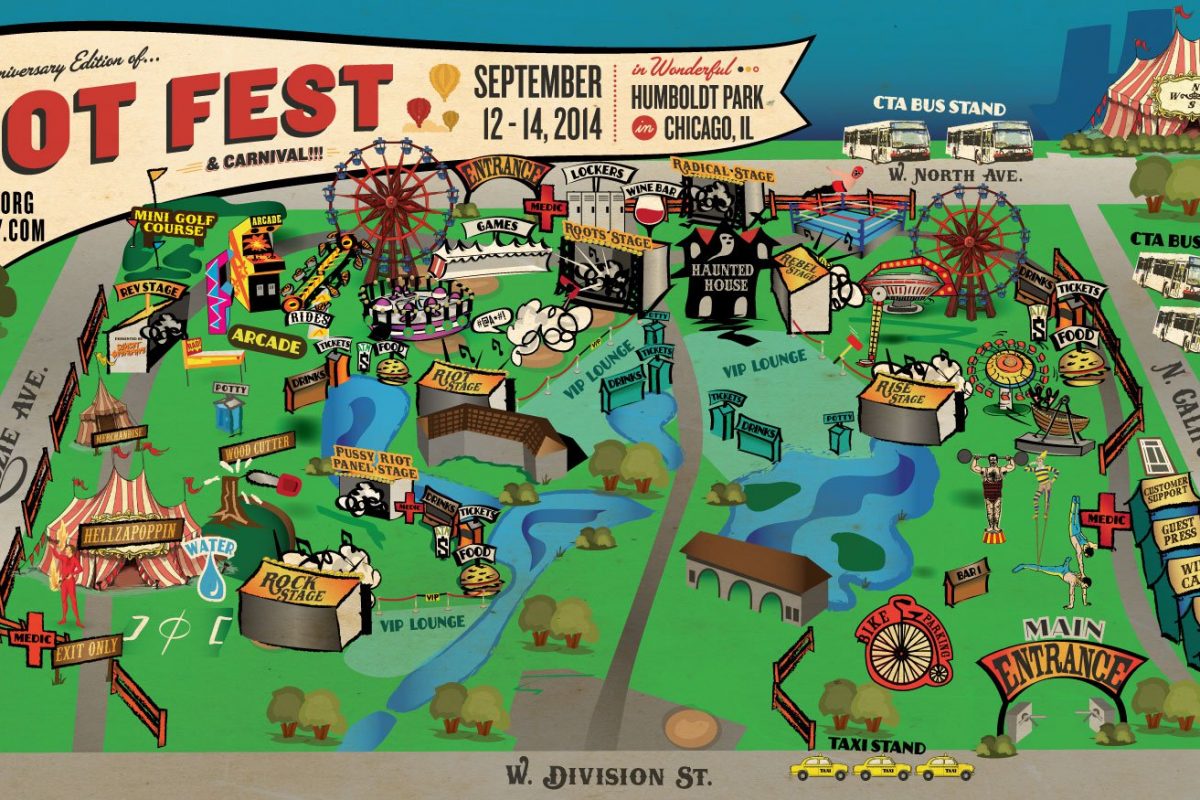 This year’s Riot Fest in Chicago marks the 10th anniversary for the festival that started as a two-day indoor punk fest and evolved into the greatest outdoor festival this city has ever seen. Not only have they put together their best and most diverse lineup yet for this year but they went back to the drawing board and retooled the layout for Humboldt Park this year. It looks like the solved the problem of whatever stage area it was that Joan Jett and Public Enemy played on being too narrow and confining for the crowd which was my only complaint about the whole event.  This layout may mean a little more walking to get from stage to stage, but it also looks like overall it will be a lot more comfortable for everyone when it comes to congregating to watch the bands perform.

On top of the new layout, Riot Fest promises more of everything this year and has also added a haunted house, miniature golf,  and a video arcade! The addition of the arcade means that the two most important things to me growing up, music and video games, will all be found inside the same park! Hopefully the more of everything also means more bathrooms and more food vendors, specifically ones with corn dogs.

Check out the image below for the new layout and get ready for three fun days outdoors. Keep your fingers crossed for some really nice weather. Tickets are available while supplies last at the Riot Fest website. 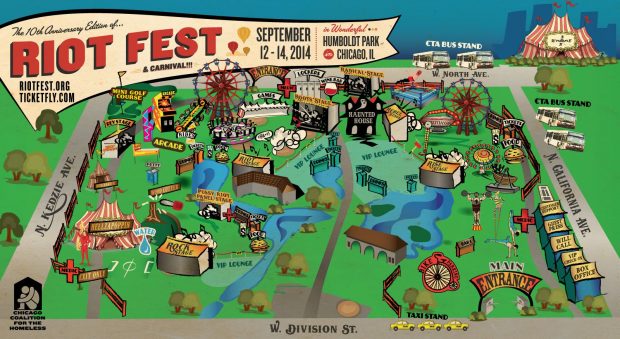