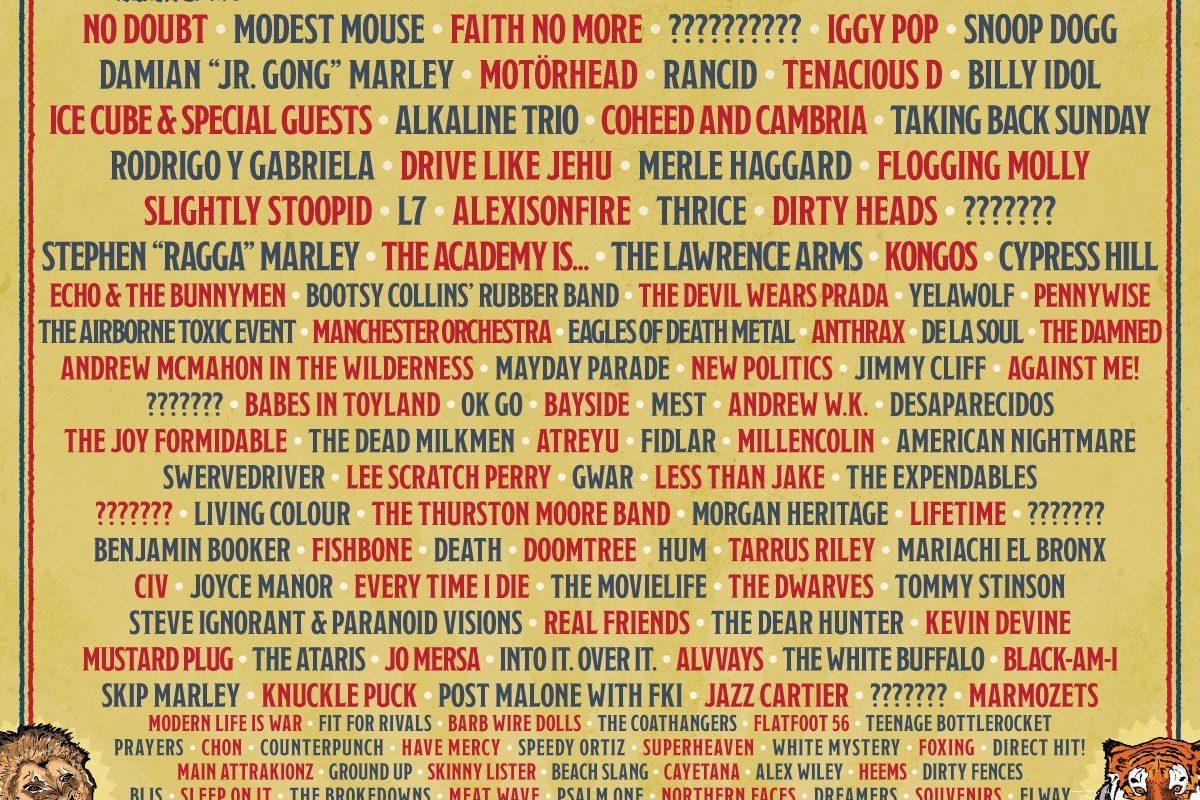 Riot Fest turns 11 this year and they are going into their second decade in Chicago with a new location (Douglas Park) and have just released most of the first wave lineup for this year’s fest. As always there looks like there will be something for just about everyone and it continues the tradition of a nice, diverse lineup.  I know there’s a good handful of bands I’m excited about (which you’ll end up seeing photos of on this site after the fest) and hopefully not to many of them will end up playing at the same time forcing me into a “Sophie’s Choice” of whom to see/shoot.

Click on the photo for the lineup and start placing bets on who plays when until the schedule is released closer to the date of the event. It should also be noted that certain artists will be performing their seminal albums this year. So far the list is:

Also on top of the usual carnival rides there will be a stage dedicated to The Rock-afire Explosion! This looks to be another great year for Riot Fest and there’s still more to come!