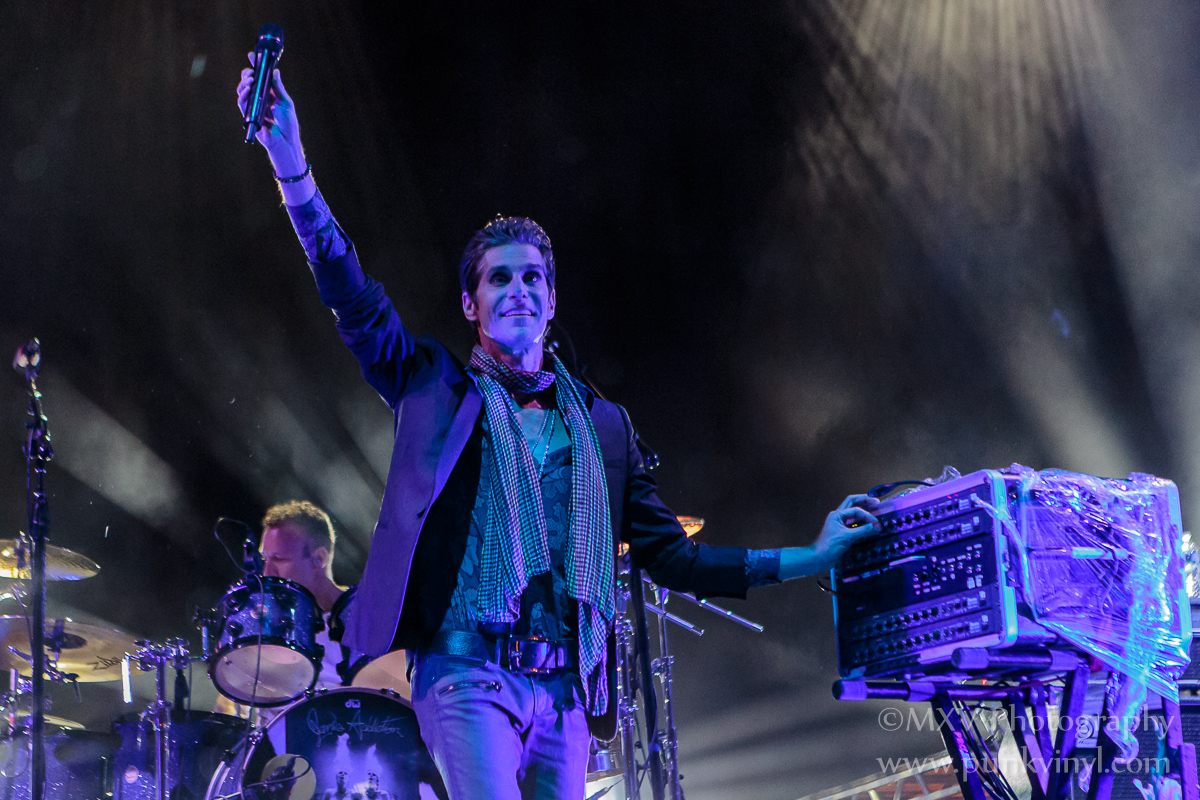 Last weekend marked the tenth anniversary of Riot Fest. The now decade old fest was celebrated in style by being the largest fest yet. The fest spanned a majority of  Chicago’s Humboldt Park and included more stages, more rides, an arcade, a haunted house (with zombies!), a miniature golf course, more bathrooms, and more food options which made it the single greatest outdoor music festival in the history of Chicago. They also put together a lineup that eclipsed every Riot Fest to date and had some major acts that have never played a Riot Fest stage before as well as some return bands of all sizes. There was truly something for everyone who liked punk, rap, electronic music, rock, metal , alternative rock, and everything in between. The upside of a festival this size is there was easily a large handful of bands that any given person would want to see and the downside was those with wide musical tastes had to play “Sophie’s Choice” by choosing between some large, wide-appealing acts like Janes Addiction and Slayer or Weezer, Primus, or The Cure, or Social Distortion and Cheap Trick. Without drastically reducing the number of great bands at the fest there is really no way to avoid this and having too many bands you like playing the same day is actually a good problem to have.

The festival kicked off Friday afternoon despite the less than cooperative weather. Mother Nature dealt out everything she had with cold temperatures and rain but this did not keep the crowds away. The combination of crowds and rain quickly turned the entire festival grounds into one big field of sloppy mud, a problem that plagued the second day despite it being a lot warmer and sunny the rest of the weekend. While the weather was miserable, the bands were great and the fans didn’t seem to let it stop them from having fun. People had umbrellas and rain gear and some even just braved the elements by not dressing weather appropriate and became soaked, muddy, and cold. When watching such great performances by bands like Janes Addiction it was easy to forget about the weather and just get lost in the music.

All has played multiple Riot Fests over the years and over that span of time they’ve done sets with all three of their vocalists. This year’s fest featured lead singer Chad Price.. They played a 40 minute set of material from the Chad era and they were spot-on in their performance. That trio of musicians has been playing together for three decades now and they are a super tight unit that never fails. Despite having an early playing time and terrible weather they drew a huge crowd of excited fans and made standing in the rain and leaving work early (or taking the day off) totally worth it. They really got the tenth Riot Fest off to a wonderful start.

Stiff Little Fingers put on a half-hour punk rock clinic. They blasted through past hits as well as new material. Jake’s voice sounded great and the band had a ton of energy that translated to the very excited crowd who started dancing up a storm. That was no easy task considering the amount of mud on the wet ground but nothing was going to stop these people from showing Stiff Little Fingers the love. How can you go wrong when you open your set with “Suspect Device”?!

Failure had to play in even heavier rain but that matched the heavy sound of their music. They had an incredible sounding low-end and a big drum sound and it was as if Steve Albini himself was mixing their sound. They are more of an indie rock band with loud guitars and a slower pace and they sounded great. The band hardly  moved around the stage and mostly stared at their instruments but what they lacked in stage presence they more than made up for with some great sounding music.

NOFX began their set making fun of Failure (who had just finished playing on the adjacent stage) which just made them sound like assholes. Trying to compare themselves to a band like Failure made zero sense as they play a completely different style of music but that didn’t stop Fat Mike from wasting a good five minutes of their set time going on an on about how they were a better band than Failure and how he would pay them to stop playing. The young kids in the audience were amused so I guess he succeeded in popping his target audience but those over the age of 14 were not amused. When they finally did start playing they put on a decent set by playing the Punk in Drublic album… well they played a lot of it. They wasted so much time at the start and between songs they never got to finish it before their time was up.

Mastodon brought the metal to the Rebel stage as the sun was setting. They played a nice and loud sampling of material from their three most recent albums and they sounded great. The bass player did a lot of the singing this evening but the others took their turns based on which song was playing. These guys are skilled technicians with their instruments and anyone who didn’t see them really missed out on a very good performance. Hopefully they return to a future Riot Fest as they fit in nicely with the diverse lineup.

Janes Addiction more than made up for the cold and rain by delivering a flawless performance of their Nothing’s Shocking album. It was fitting that the best performance of the day came by them playing the best album of their career. They sounded amazing and it was like taking a trip back in time to 1988. It was like being older, being broken up or being on hiatus never happened and they easily matched any performance they did back in their prime. It was a real treat to have them play their best album from start to finish which had to be every Janes Addiction fans’ dream come true! When they finished their set it was freezing outside, it was still raining and everyone was tired and muddy but you’d have been hard pressed not to see smiles on everyone’s faces after such a great day of music which laid the groundwork for a great weekend to come.

Check out additional photos from the first day of Riot Fest 2014 here!