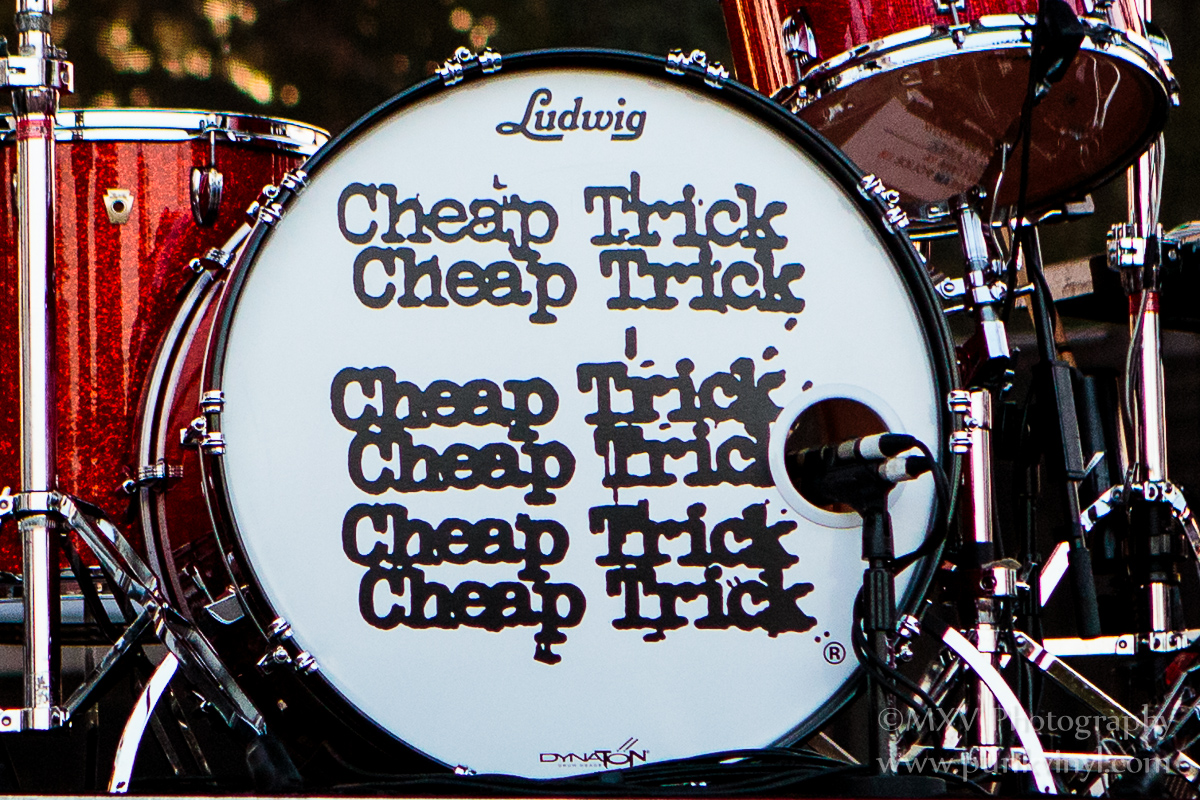 The third and final day of Riot Fest 2014 at Chicago’s Humboldt Park not only featured another day of great bands of various styles but it also featured the best weather of the weekend. It was sunny and warm the entire day and that dried out a lot of the mud which made traversing the festival grounds a heck of a lot easier. The word must have gotten out quickly as the place was even more packed than it was the previous two days. It seemed like half of the entire city was there on Sunday. Stages were crowded, the food and drink lines were long, and the ferris wheel got quite a workout too.

Indie rock darlings, Superchunk, played 40 minute set consisting of a lot of newer material. They were a bundle of energy too and it translated into a very exciting and enjoyable set. These guys have been at it over two decades now and they are as good as ever and losing one of their key members (bass player Ballance) for their live shows hasn’t slowed them down one bit. If you have never seen Superchunk play you owe it to yourself to go check them out sometime and a large crowd showed their appreciation for these mainstays on Sunday and in return they witnessed a really strong performance.

Naked Raygun are no strangers to Riot Fest stages, in fact they’ve headlined at least one of them. One could argue that Naked Raygun reuniting to headline the second Riot Fest helped really put the event on the map and help it grow which led to it becoming the best festival  Chicago has ever seen year after year. The band are considered super heroes by most of this city and rightfully so, they are the best punk band the city produced and this city has produced a lot of great bands. For Riot Fest’s tenth birthday they did something really special by playing their Throb Throb album (easily their best record) in its entirety along with many of their other punk hits to fill the remaining time they had left in their 55 minute set. They also took time after their first song to present a birthday cake to Mike and Sean of Riot Fest and with them a happy tenth birthday. The two came out to accept the cake and say thanks and Riot Mike was moved to tears by the love he received from the band and the audience. It was every bit the feel-good moment that Naked Raygun’s set was. For the first part of the set the band had another new, fill-in bass player but later on, Pierre Kezdy came out and played some songs with the band. Pierre received a huge ovation and some people in the audience even had masks on sticks with Pierre’s face on them to show him how much they love and appreciate him. When the band finished it was the general consensus of the crowd that Naked Raygun are still super heroes and will be forever.

Hot Snakes played on the Rebel Stage soon after. This band features members of Drive Like Jehu and Rocket from the Crypt, both revered bands with huge followings. This band sounds like a pretty good cross between the two (minus RFTC’s horns) and their punchy and loud indie rock/punk warmed as many hearts and the afternoon sun did people’s faces. This band may not get as much attention as the aforementioned ones that these guys come from but they are every bit as good as both of them and their set left the crowd wanting even more. They’d get more, but not from the Hot Snakes as their set time was completed and it was time to move on to the next stage.

Legendary New York punk singer/songwriter, poet, and artist Patti Smith was another unique treat to this year’s Riot Fest. When she first took the stage it was a little startling as she looked old, like someone’s grandmother. It makes sense though as Patti is now 67 years old. While she may not physically resemble the Patti you see on your record covers, the minute she opened her mouth there was no mistaking her trademark voice. Patti came out smiling and waving to the crowd as she held up a vintage instant camera and snapped a photo of the huge crowd she was about to perform to. She seemed awfully happy for someone who was known to have such an attitude about everything back in the old days and her smile was infectious the moment the music played. Her voice was silky smooth and sounded dead-on to the sound of her voice on the records. Time has been extremely kind on her ability to perform and the audience was simply in awe as she performed songs from her entire career. Seeing her perform was something really special and she gave the fans a performance that made them all feel good about purchasing a ticket for the fest and standing in the mud.

Cheap Trick are a rock band that was big in the late 1970s into the early 1980s and have had a career that has gone on over four decades now with no signs of slowing down. They were largely known for their power-pop style of rock music and they did it better than most and you’d be hard pressed to find any punk rock fan who doesn’t like and appreciate them which is why it was so nice that they were playing at this year’s Riot Fest in a spot near the top which is where they deserve to be. They too participated in playing a full album, opting to play Heaven Tonight and this was probably the only case where sticking to that was actually a bit of a let down. It wasn’t that Heaven Tonight is a bad album, far from it, in fact it is one of their best, but it was that the band has so many great songs that a regular set comprised of their hits would have made a great experience that much greater. There was no “Hello There” to open the set, and no “Dream Police”! They did manage to squeeze in “I Want You to Want Me” at the end of their set before running out of time and it is really hard to fault a set that opens with “Surrender” which many regard as their best song (and one of the greatest rock songs of all time). Despite the limitations of playing a single album, the band hit it out of the park. They sounded great, they looked happy and their set was just a fun time and a solid rock performance. These guys still have it, they are still a great band and their music is timeless. Fans of all ages packed every inch of ground surrounding the stage they played on and hopefully they will be invited back to future Riot Fests as them being on the bill was a big selling point for many in attendance.

While you unfortunately won’t see any photos of them due to their no photo policy for the show, The Cure ended Riot Fest 2014 with a two-hour and fifteen minute performance that was not only the longest set by any band in Riot Fest’s ten-year history but the single greatest and most flawless performance in the festival’s history as well. They played songs both new and old, plenty from Disintegration, some from the latest, and plenty in between. Robert Smith’s voice sounded as great as ever, the band sounded perfect in both their playing and the sound mix, the lights were cool and the set list was fantastic. Despite their long set time, which didn’t feel anywhere close to its actual length, there was still plenty of great songs left on the cutting room floor. The Cure has so many good songs they’d need at least three hours to be able to play them all and satisfy everyone’s wishes but the big chunk of the Disintegration album they played along with “A Forest,” “One Hundred Years,” and “Just Like Heaven” among the other greats left every Cure fan in awe of just how great they were. They ended the set with “End” which is easily the best song from Wish and an appropriately titled so for both the end of their show and the end of Riot Fest 2014. What a way to go out.

Rain, cold, and mud tried to keep Riot Fest down and it failed. The largest audience in the festival’s history tuned out for it every day and everyone had an amazing good time that people are still basking in the afterglow of. Now that the post-Riot Fest depression is setting in it leaves everyone curious as to what they have in store for next year and just how in the world could they ever top this year’s great and varied collection of bands! Let’s start counting down the days now!

Check out additional photos from the final day of Riot Fest 2014 here!