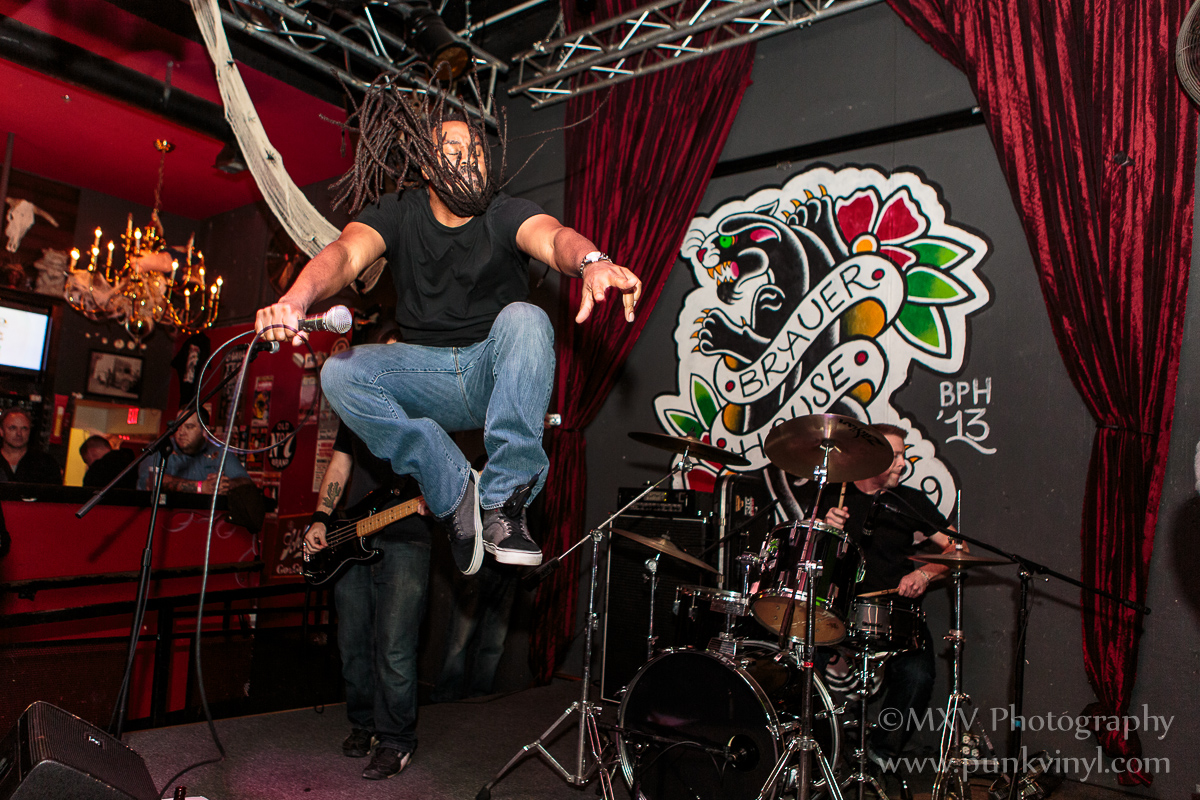 One of the best bands Chicago has to offer headlined a show at The Brauerhouse in Lombard which apparently is a venue that starts shows whenever the hell they feel like it regardless what their advertising says. It was a three band bill and a late night thanks to the show not starting until about 10:30. At least the club has some really good food and plenty of drink options.

First up was Audio Dead. They were punk by numbers, kind of melodic hardcore. They weren’t breaking any new ground and while they played OK, there wasn’t anything special about them that thousands of bands that came before them did better. Their pandering to the audience asking them to dance and move around didn’t do them any favors either.

My Big Beautiful returned after a few years away and it was good to have them back. They played a strong set of their pop-laced rock songs. Good hooks and strong songs made for an interesting set and hopefully this means they might start playing out again. Near the end of their set Jeff Pezzati of Naked Raygun joined them on stage to play a song from his other band, The Bomb. That was a real treat!

The Bollweevils are one of those bands that seemed incapable of putting on a bad show and they proved that theory once again Saturday night when they played many of their old hits along with two new songs that will be on an upcoming 7″! On the subject of older songs, they played “Lost and Found” off their very first 7″ and it was the first time they played it in about 20 years. That blast from the past was a nice treat and it sounded better than it did on that record. The band played with their usual amount of high energy and Daryl seemed to have an abundance of energy as he was jumping around more than usual. He talked a lot between songs too and that made for a real fun set. The crowd loved every minute of it and were singing along to many of the staples of their set. They did two cover songs as well, “Jenny (aka: 867-5309) and “Walk All Over You” by AC/DC. Both of them sounded great and hopefully they will make those a semi-regular part of their shows. The band played about 16 songs and ended the night with the can’t get it out of your head, “999 Stoney” which just so happens to be their best song. It was one hell of a good way to end their set and their performance just reinforced the fact that punk rock in the Chicago area is a lot better off for having The Bollweevils back playing shows regularly again.