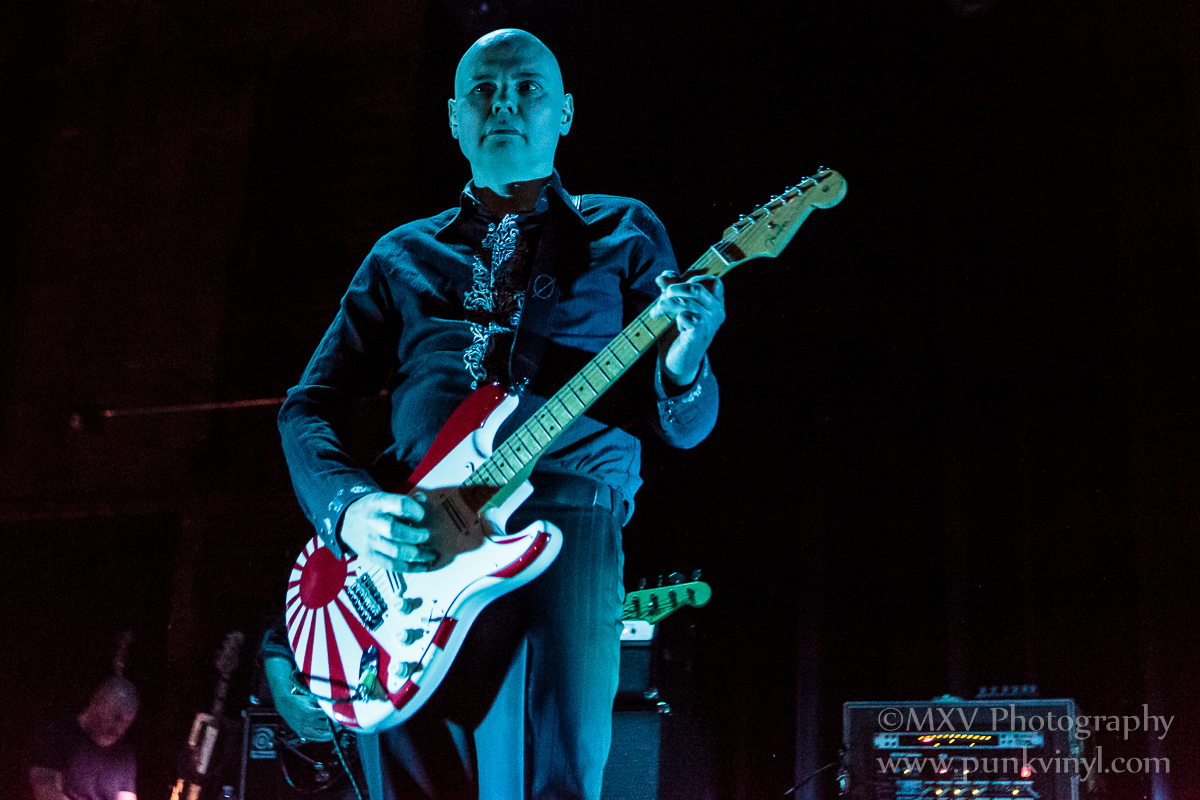 Billy Corgan has had a lot of changes in his life recently, not the least of which is he assembled another (mostly) new lineup of his main creative outlet, the Smashing Pumpkins. Billy has been the one mainstay in the band he formed 27 years ago and has always been the principal song writer as well and his band in various incarnations has enjoyed great success over the years and is one of the last bands standing from the huge alternative rock boom of the 1990’s. Never a nostalgia act, Billy has never been afraid or apologetic for various changes in direction and chances he’s taken with the band regardless of what the critics said about it. The last Smashing Pumpkins album, Oceania, was one of his strongest in years and did a great job nodding back to the traditional sound that made the band famous while incorporating new ideas and sounds and keeping things fresh and moving forward.

The new Smashing Pumpkins lineup still features Billy Corgan and guitarist Jeff Schroeder and they are now joined by drummer, Brad Wilk (Rage Against the Machine), and bassist, Mark Stoermer (The Killers), making this not only one of the most solid lineups from a musician standpoint, but the first one not to have a female bass player.  The band is about to hit the road to tour for the forthcoming new album, Monuments to an Elegy and the decided to put on a special hometown performance on a very short notice at Thalia Hall in the Pilsen neighborhood of Chicago.

With its 1000 person capacity, it was no surprise to anyone that the show sold out in minutes and the fans were lined up long before the doors were scheduled to open. The place was packed to capacity with excited Smashing Pumpkins fans eager to check out the new lineup and hear some of the new material live alongside some of their old favorites. They got their wish as the set list had a nice mixture of old and new, as well as a surprise or two.

They opened with the brand new, “One and All” from the upcoming album and it was a strong opener and it was immediately apparent that there is good chemistry with this lineup and they seemed to pack more of a punch than they have in years. They played the song with the precision of the world’s top surgeons and the crowd really seemed to enjoy the new song. Another brand new song, “Being Beige” followed and sounded as good, showing that this new album appears to be every bit as strong and its predecessor. Those hoping for some old stuff got their wish with “Hummer” which wasn’t one of “the hits” but was from the Siamese Dream album and it was pretty neat that they pulled out this unexpected choice.

From there is was a nice mixture of newer songs with fan favorites like “Zero”, “Bullet with Butterfly Wings” and “Disarm” among others. One real standout was an amazing cover of David Bowie’s, “Fame” with their own heavy rock twist on it that was very powerful and surprised the entire audience, all of whom were blown away by it. Hopefully they record this and release it as a single or at the very least the b-side of a single as it is too good to go undocumented.  Had they stopped there it would have already gone down as an amazing performance but they topped it with three more songs before calling it a night, having played a rock solid 100 minute set that left the crowd speechless.

Wednesday night the Smashing Pumpkins proved they aren’t a retro act and that they still have a lot to offer with new and exciting material. In this world where there is no mainstream rock music, they could just end up being rock’s salvation and certainly have what it takes to bring it back to the masses.