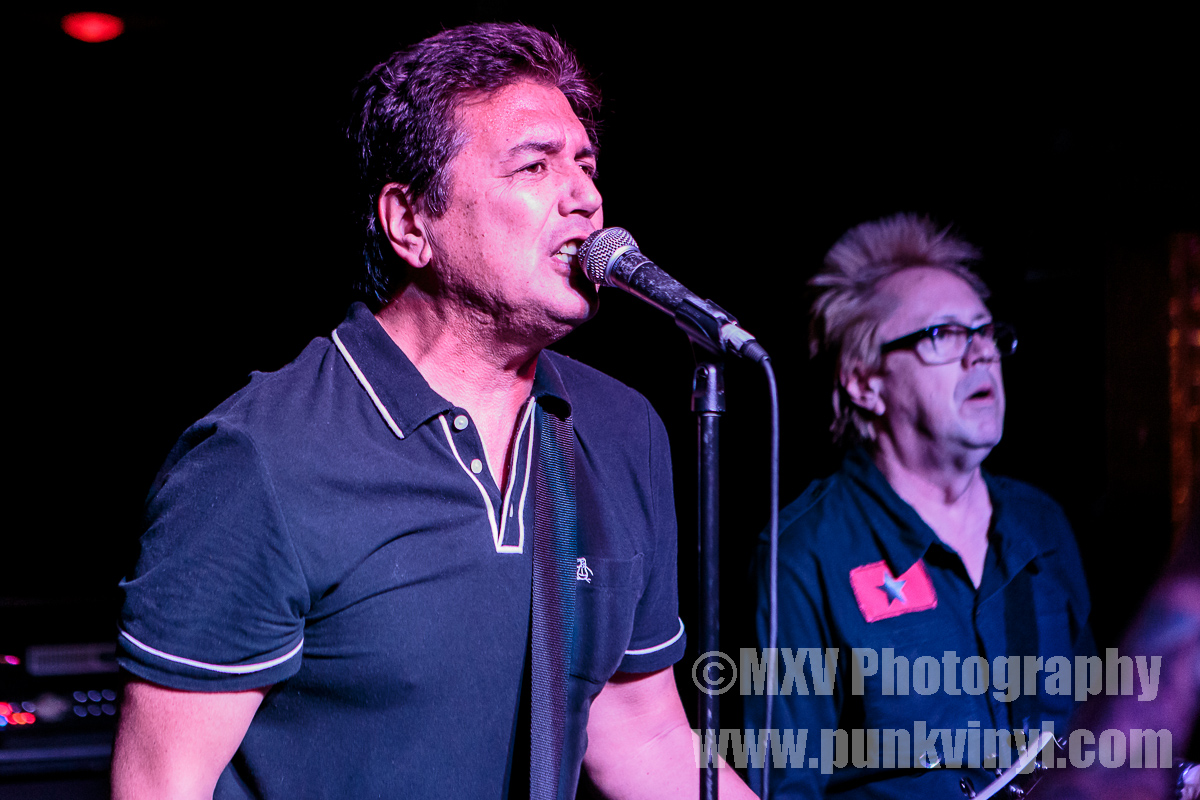 Way up in the Rogers Park area of Chicago, the Red Line Tap was the host to a night of punk rock that featured the return of Channel 3 and MDC, along with local veterans Destroy Everything. The run down club was pretty full of patrons both younger and a lot of old timers.

Destroy Everything paired back down to a four piece and put on a set featuring a lot of new songs and a few of their classic fast-tempo sing along punk songs. They were their usual entertaining selves and it was nice to hear them play some new songs. They are way overdue for releasing some new material so hopefully they’ll get it together and put something out soon.

Death Wish quickly followed. They played pretty no-nonsense hardcore with a bit of a metallic edge. Their songs were fast and energetic and many of the younger folks in the crowd quickly showed their appreciation by playing human bumper cars with each other.

Channel 3 put on a punk rock clinic. They played some of their newer material (which is excellent) and mixed it in with a lot of their old favorites like “Indian Summer”, “Mannequin”, and “Manzanar”. They had a new drummer this time out but you’d never have known if you weren’t familiar with the last one as they sounded no different and every bit as good and they always do. Whether there’s 50 or 500 people in the audience, Channel 3 always put on a rock solid performance and it is a pretty safe bet they are incapable of playing a bad show.

MDC played last and the crowd was even larger at this point. They played some new songs, one which they said they just wrote very recently and they played a ton of the old favorites. The crowd ate it up like candy and the younger folks went nuts during some points. They played so many songs it was hard to count them but it had to be a few dozen easy. They, like Channel 3 before them proved that the old-timers can still go and age means nothing when it comes to the ability to deliver timeless punk rock tunes that still sound great.