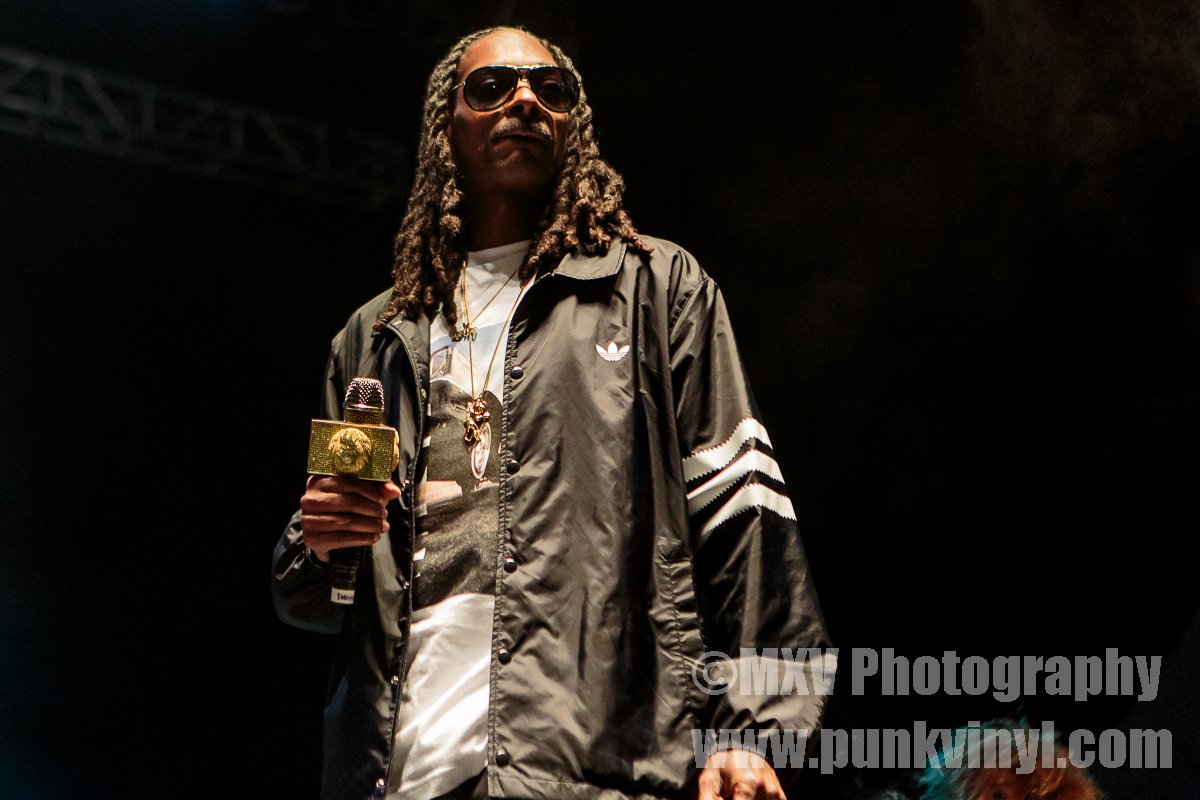 Sunday came and many opted to sleep in after two long days before returning for the final day of Riot Fest. The weather was absolutely perfect and a lot of the mud had dried except up close near a few of the stages but it was way better than the previous two days. There was a pretty diverse lineup of bands for the final day of the fest though it seemed that the first two were stacked more with the real heavy hitters. It was a bit more of a casual and laid back atmosphere on Sunday and it featured some good performances as well as a complete lack of respect for fans and the fest by one of the biggest acts of the day.

De La Soul was once a big name in rap or hip-hop or whatever you prefer to call it back in their day but it seems like they are now often overlooked by today’s generation and don’t garner the same sort of respect many of their peers do from that era. On Sunday they busted their ass and proved why they were a big deal and that they still have a lot to offer. They played with a lot of energy and enthusiasm and the crowd loved them for it. If anyone who watched their performance that day wasn’t a fan of them before Sunday’s set, they certainly had to walk away one afterword. They also seemed to really enjoy being on that stage which made their great set that much nicer.

Less Than Jake seems to play every summer festival every year, Riot Fest included and they did it again on Sunday. They also proved why they keep getting invited back when they ignited the crowd with their lighthearted and fun punk/ska fusion. People were dancing all over the place and singing along and they had a ton of people gathered to join in on the festivities. They are a fun live act and even if you don’t like their style of music it’s really hard not to be thoroughly entertained by their live show.

Hip-hop was the flavor of the day and Cypress Hill was a very tasty variation of that flavor. They played a long set that contained just about everything you could think of from their records including their staple hits like “Insane in the Membrane” and “Rock Superstar”. They seemed to have been inspired by De La Soul’s great set and played with almost as much energy to the insanely large audience that came to their performance. The sound was really good for them as well as it seemed all the rap/hip-hop acts were spared any of the PA problems that plagued various other performances over the weekend.

Babes in Toyland wasn’t the only all-female 1990’s rock band to reunite recently. L7 dusted off their old instruments recently and took to the road again, making a stop as part of Riot Fest. Much like the Babes before them, L7’s music has aged gracefully and sounded every bit as good as it did 20 years ago. They played and sounded great and even had some fun banter between songs. These ladies brought the rock and they brought it big time and it was nice to have them back as well as they were certainly missed.

A massive size audience gathered to the stage where Snoop Dogg was going to play and they waited for him to take the stage, and waited, and waited, until when 20 minutes after Snoop was supposed to start they started booing and throwing garbage at the stage. It was looking like Riot Fest could be in danger of living up to its name if the angry fans started Rioting. Only then did Snoop’s band take the stage and play music killing another ten minutes before Snoop finally got off his ass and took the stage a full 30 minutes late. Snoop seemed far more interested in smoking pot than performing, evidenced both by the fact he sat backstage for a full half hour before taking the stage and the fact that he could barely be bothered to stop smoking the joint in his hand to lazily deliver his vocal parts. Phoning it in would be an understatement, it was evident to everyone that he just didn’t care about playing or all the people who came to see him and his lame performance was a giant “FU to the audience and the festival” and on top of it he had the nerve to be upset when the plug was pulled on him so Modest Mouse could play their allotted set time on the adjoining stage. Snoop’s horrible display will go down as the second most disappointing thing in all 11 years of Riot Fest history (the Bad Brains abysmal performance at the hands of their lunatic singer will forever hold the crowd of worst Riot Fest moment).

Snoop Dogg’s disrespect put a bit of a damper on fest goers who weren’t sticking around for past his set but the great performances before it more than made up for it as did The Prodigy’s fest closing set by all reports so it was just a small blemish overall on what was a fantastic weekend of music, food, and fun. Riot Fest’s first foray in Douglas Park was a rousing success and hopefully they’ll be welcomed back to the park again next year as they really did a lot of things right and it turned out to be a big improvement over their time in Humboldt Park. The only downside of Riot Fest being over is that it truly marks the end of summer and it will be a long, cold, winter waiting to do it all again next year.

Check out additional photos from the final day of Riot Fest here!