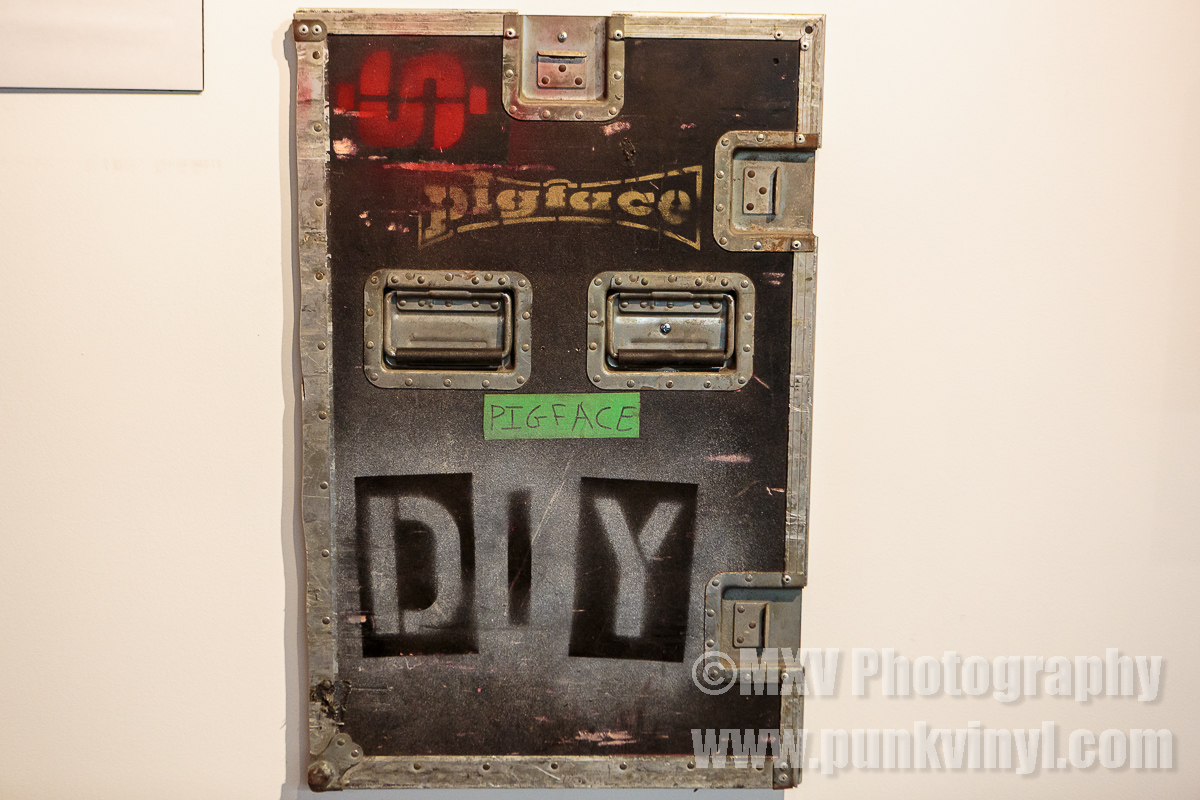 They say that time flies and that has never been more accurate when you realize that the industrial rock-based conglomorate, Pigface, turned 25 this year. When Pigface formed as an industrial supergroup spawned from Ministry’s, Mind Is a Terrible Thing To Taste tour, no one, not even the founding members themselves, could have predicted what a unique and diverse entity it would become or what staying power it would have. Pigface was more than a band, it was a collective of sorts that brought together people from all over the world to create music and artwork, go on tour, make records, make merchandise, make videos, and so much more. It wasn’t just the musicians that made this happen, it was the Invisible Records employees, friends, associates, artists, photographers, videographers, and like-minded people who came into each others lives at various points in time over the past quarter century, some only staying around for as little as a few months, or a single tour, but all walking away with memories they will never forget, this writer included. It is a safe bet that Pigface forever changed their lives and an even safer bet that it was changed for the better.

Pigface’s ringleader was/is Martin Atkins, this charismatic musician, a drummer by trade, had the uncanny ability to bring so many talented people together to make some great music, put on some very memorable music, and release some great records on his label, Invisible Records. Luckily for us music historian nerds, Martin was a bit of a pack rat and as a result, saved many historical Pigface artifacts. It was recently while digging around in his archives that he started finding all of these cool Pigface tour backdrops and artwork dating back to the beginning and his relationship with the 2112 center/Fort Knox studio, led to the Pigface 25 exhibit which opened here in Chicago Thursday night with a special event.

Pigface 25 is an art exhibit showcasing many of the band’s tour backdrops over the years, as well as some other interesting memorabilia. It is in a large studio and the artwork is surrounding all the walls and some of the pillars and staircases. There is also a merchandise room where fans can pick up some old and unique merchandise. On Thursday night, Martin Atkins was in attendance to welcome fans, former band mates, former employees, and colleagues as everyone shared memories, stories, and some even talked about the Pigface artifacts they saved as well. It was like a big family reunion where the family extended far beyond a band, but included an entire scene and something like that happens so rarely in life. Backdrops from the Fook and Gub tours were especially interesting and there was even the Killing Joke backdrops on display from back when Martin Atkins was drumming for them. It was really neat to see some of this stuff again, and see a bunch of stuff for the very first time and it was even neater that Martin had the good sense to save all this stuff and that 2112 gave him a venue in which to share it with people, for the low price of free! It was a wonderful trip down memory lane and a great way to celebrate a quarter century of one of the most unique musical entities and scenes ever.

Pigface 25 will be running through May 5 at 2112 Gallery which is at 4245 N. Knox Ave in Chicago, IL. Hours are Thursdays 4 -6pm and Saturdays 11am – 3pm. They also do special appointments too by calling (312) 300-7996. If you were ever a Pigface fan and have the means to check out the exhibit it is well worth your time. These photos are only a fraction of what’s there and don’t do the artwork the justice that seeming them up close in full size does.