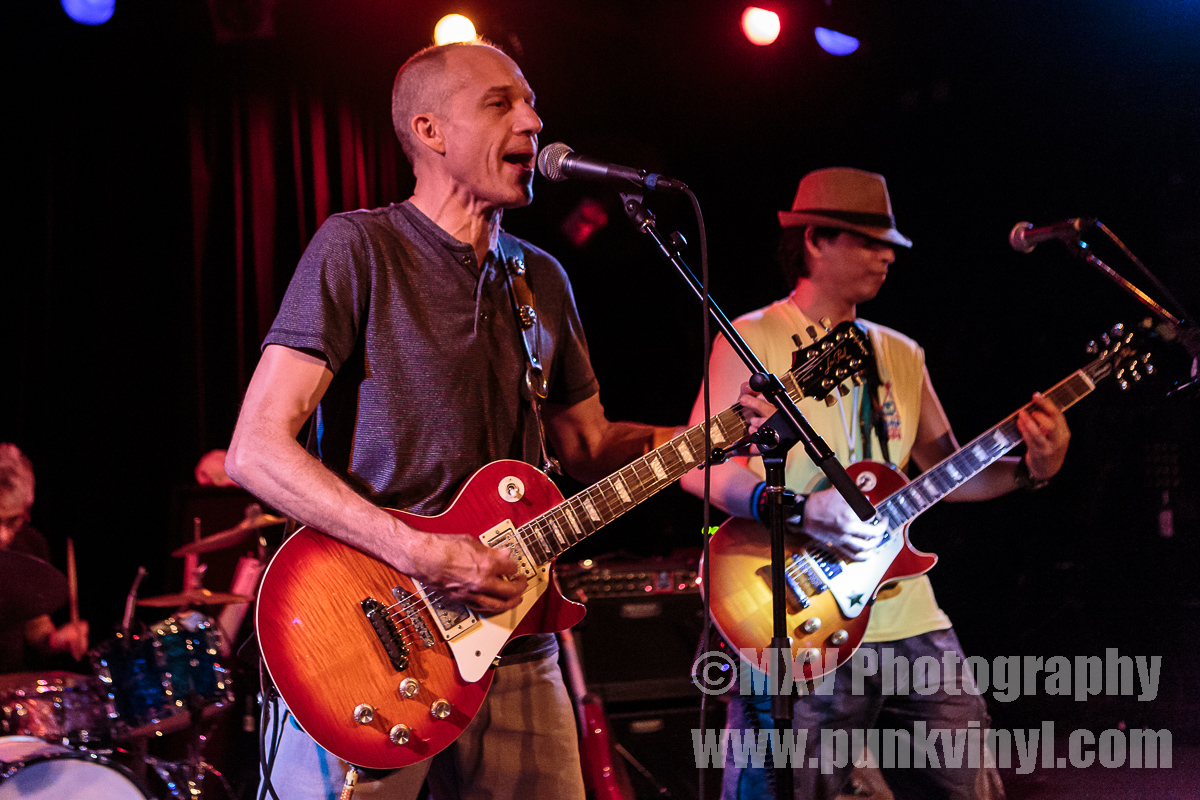 Savage Beliefs were a fairly little known punk rock back from Chicago in the early 1980’s. During their brief time together they only released one 7″ and were on the Middle of America compilation. They recorded a handful of other songs for a film that was never released and those songs never saw the light of day until this year when Alona’s Dream Records released a wonderful retrospective LP of all the Savage Beliefs material. The film, Savage Beliefs: The Movie, starred the band and some other folks and was never quite finished and never released. It went forgotten and unknown to most of the world… until Thursday night.

Wes from Savage Beliefs took the unfinished film, worked a little magic, and completed it and they did a very special one-off screening of the movie Thursday night at Martyrs’ in Chicago. First there was a teaser clip for a new film by Regressive Films (makers of the Chicago punk documentary, You Weren’t There) and then they showed the full length Savage Beliefs movie. It was a B-movie at its finest and most charming and had this movie come out back when it was made it would be highly likely it would have become a punk cult classic like Suburbia. The film featured some of the band’s great music, as well as some rare footage of Naked Raygun and Savage Beliefs playing at West End, and tells a twisted love story that revolves around one of the band members, a girl, and the girl’s abusive and unbalance drug dealer boyfriend. There were plenty of quotable lines in the movie and some good comedy as well. The film was about 90 minutes long and it was a fun ride from start to finish.

After the film was over, Joe Losurdo did a little Q&A with the filmmaker as well as a Wes from Savage Beliefs, the woman who played the love interest and the guy who played Jake, her drug dealer boyfriend. They shared memories of making the movie and seemed to be happy that people finally got to see it. You could tell they had a lot of fun doing it by the tone of their stories and the smiles on their faces.

The evening concluded with a set by two of the remaining members of Savage Beliefs (Wes and Brian Gay) being joined by long time Chicago punk musicians, Joe Losurdo (Life Sentence) and Anthony Illarde (Rights of The Accused). They played most of the Savage Beliefs material and did a three song Government Issue tribute (Brian was in the first lineup of GI) to John Stabb after Brian talked about John’s current battle with cancer and told the crowd about the fund-raising page for him called Boycott Cancer. It was a really good performance and a great way to celebrate one of the most underrated bands to come out of the old Chicago punk scene and one that hopefully now with the collection LP out will finally get the attention they deserved. Hopefully the movie will get released on DVD someday because it was a neat piece of history that should be preserved.