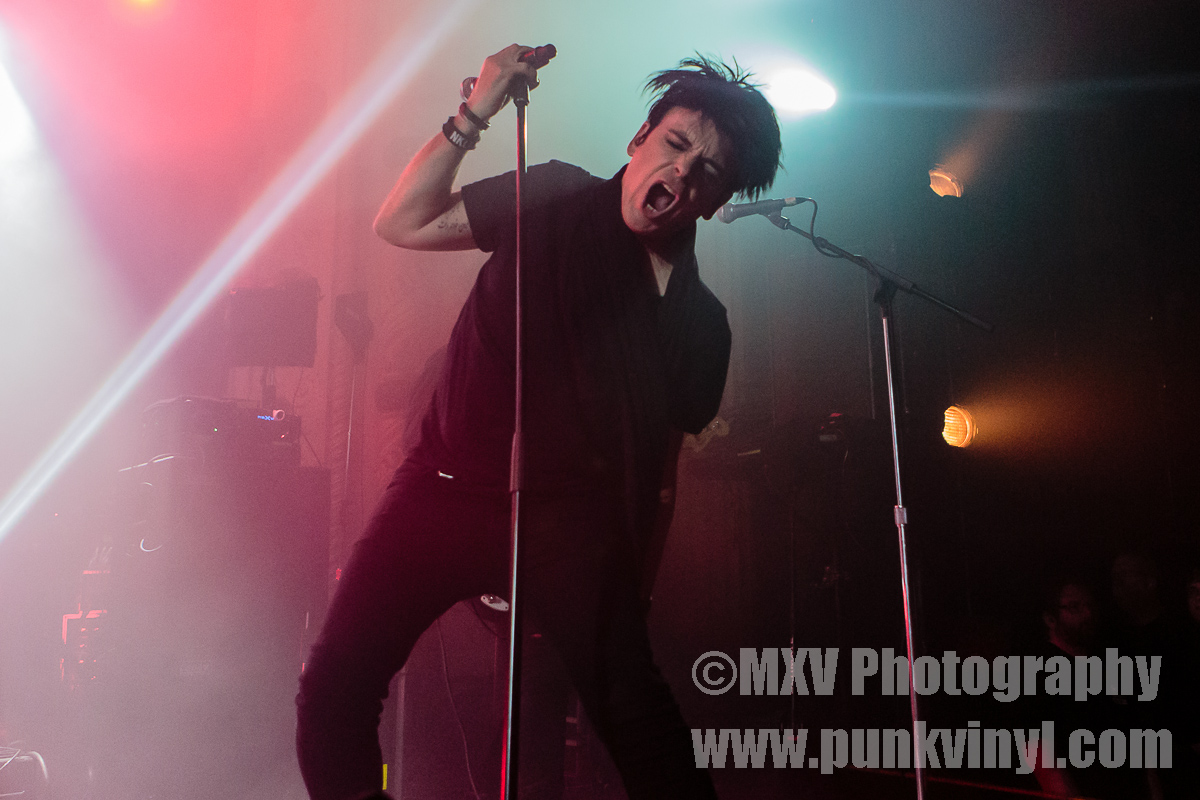 Monday night the Metro was nearly at capacity as people filled the club to see the second night of Gary Numan’s three night classic album residency, this time it was for The Pleasure Principle, which is the album that he was best known for based on the strength of his 1979 hit, “Cars”. Those who only know Gary for that song are doing themselves a disservice as Numan has released a lot of great music over the years and continues to do so to this day and was something of a musical pioneer with these three classic albums he was performing this week.

Gary and his band first performed The Pleasure Principle from start to finish. The band was firing on all cylinders from the first note and Gary’s performance had an added level of energy and enthusiasm that completely eclipsed the previous night’s excellent performance. The songs sounded great, his vocals sounded great and the crowd was way into it. The band was surrounded by blinding strobe lights and blinding lights behind the musicians which often times made it feel like staring into the sun. There were warning signs around the club about the intense strobes and flashing lights for these shows and this night they certainly weren’t kidding, much to the chagrin of the photographers. The light show fit the machine like nature of the music well and visually it came across like a huge concert production but in the confines of the more intimate sized venue that is the Metro. It was pretty impressive, and often blinding but it felt like a big event.

Much like the previous evening, once they finished the full album they played the best songs from the other two classic albums being showcased this week and those sounded amazing as well. After the main set was over, the band returned for a two song encore of newer material that was different from the previous show. This time the encore featured “Everyday I Die”, and “Pure”. When the band took a bow at the end and Gary thanked the audience, the band played for over 90 minutes with only a couple minute break before the encore.

Seeing Gary Numan and his band play his most popular album in its entirety was an amazing and rare treat and the band more than delivered the goods and made the second night of the residency feel even more special than the first. Again it was well worth staying up late on a “school night” for!