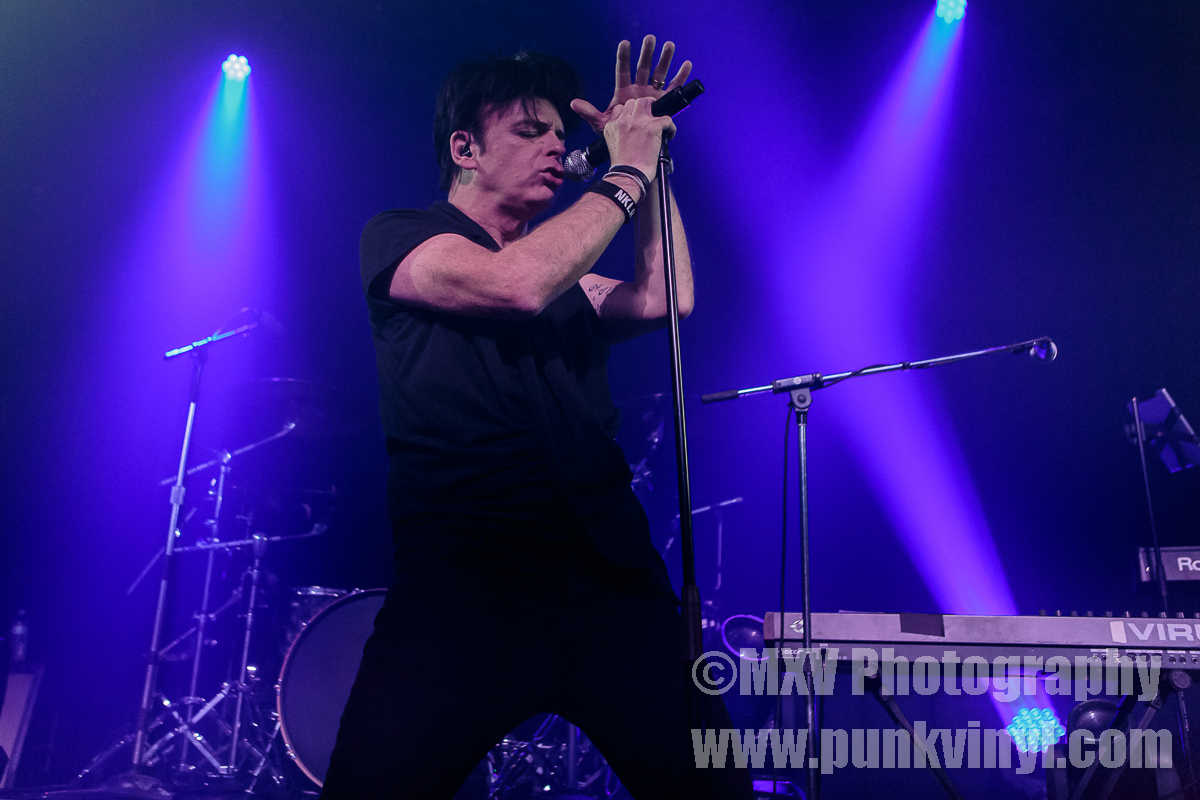 Tuesday night was the third and final night of Gary Numan’s classic album residency. For this final night, Gary performed Telekon in its entirety, which was the last of his three “machine era” records.  The band played the original UK track listing for Telekon first and finished that portion of the set with the two singles Numan released prior to it.  “We Are Glass” and “I Die: You Die”. Those familiar with the US version of Telekon may recognize the latter from being on the LP here in the states in place of “Sleep By Windows”. So we got a sort of expanded version of Telekon for this live rendition of it. The stage lighting was a bit more subdued which matched the slower and more mellow material on a good portion of the album but there was still plenty of flashing lights and strobes to go around for the harder and faster numbers.

Just like the previous two nights, the live setting added an extra layer of sound to the album material and it came across wonderfully. The album is a bit more of an emotional ride with more peaks and valleys than the more in your face sound of the first two albums and at times the music was downright relaxing. It was really neat to hear some of the tracks on here that aren’t regular staples of Numan’s live shows, some of which may never possibly may never be played again outside of these special shows.

In keeping with the tradition of the previous shows of this event, once the Telekon album and associated bonus tracks were complete, Numan and his band did another half-dozen songs that were a “best of” the previous two albums such as “Cars”, “Films”, “Metal” and ending the main set with the amazingly catchy, “Are Friends Electric”. They sounded every bit as great as the previous nights. It was so nice seeing Numan perform these songs three nights in a row that it was a little sad that it was coming to an end.

After a few minutes break, the band returned for a two song encore of newer material. This show’s encore was once again completely different from the last two and contained “Shadow in Vain” and “A Prayer For The Unborn”. Just like the 90 minutes that preceded them, they sounded amazing and was a great way to close the show and remind the audience that Numan’s new material is every bit as good, if not better, than these wonderful classic era albums he just spent three nights performing. What an amazing trilogy of shows!