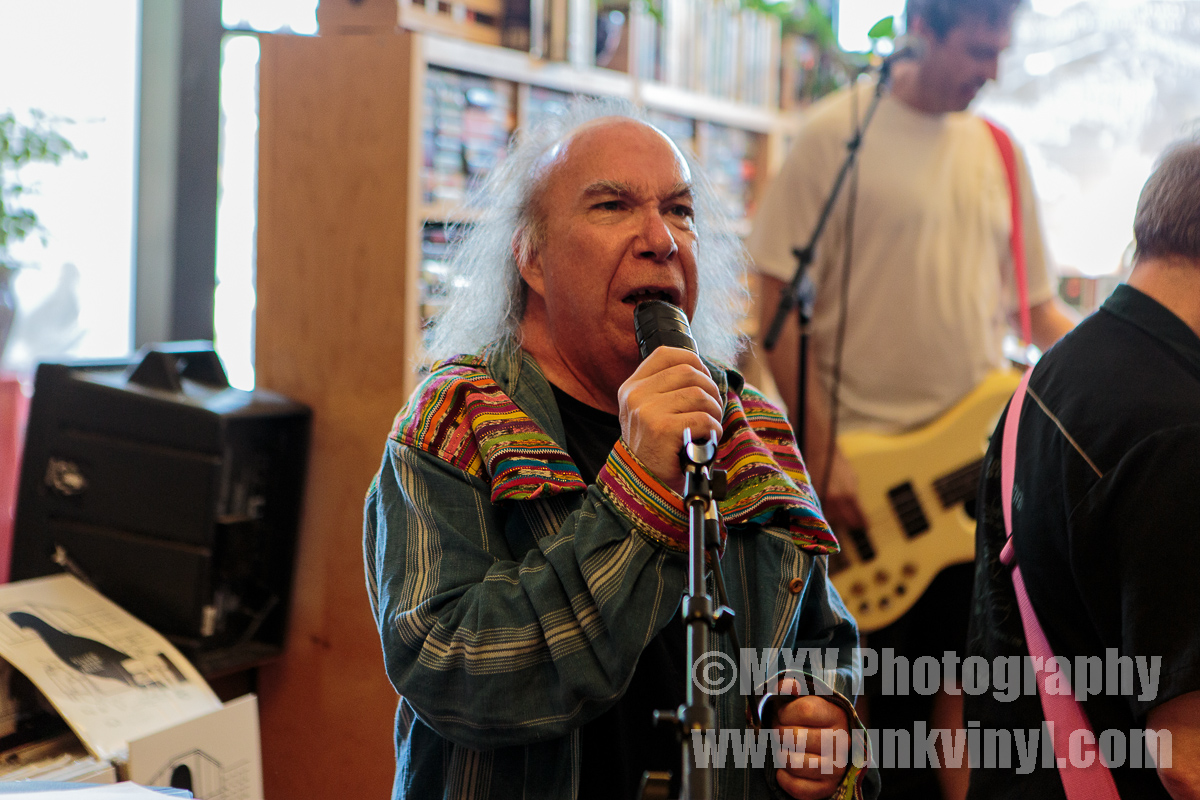 Silver Abuse is one of the first wave Chicago punk bands and one of the very few still partially active today (Mentally Ill, Tutu and the Pirates, and Naked Raygun being the others). The band finally put out a new record, their first in three decades and their first full length LP. The band has been playing somewhat regularly since reuniting back in 2007 and have been winning over fans locally who either missed out on them or were too young to be there the first time around. Good punk rock is timeless and the fact that a band like Silver Abuse still sound great all these years later, and can still write songs true to their original style is proof of that.

The band proved it again when they performed inside Logan Hardware Records on Saturday afternoon to celebrate the release of their new record and first full-length LP, Consider the Pigeon, which was released by the local label, Alona’s Dream Records. Alona’s Dream has been on a tear lately reissuing some great old punk rock, especially Chicago area bands like Rights of the Accused and Savage Beliefs.

Silver Abuse packed themselves and their gear inside the front portion of the store where 7″ single racks are located. Being a five piece they were tightly packed in there with Bill and Paul set up on the main floor in front of that area. There was a decent sized crowd gathered to watch the band played while some also shopped for vinyl treasures while listening from farther back in the store. The band played a handful of tracks from the new album (which they also had for sale at the store that day in a limited edition with bonus goodies) as well as many old favorites. They sounded great and everyone in the band was smiling much of the time. It was a good, lighthearted performance of some unique artsy style punk rock that sounds like nothing else that came before or after. The band always puts on a fun performance and this was no exception. The new songs sounded great and if you are a fan of the band’s classic material then there’s an awful lot to like in the new songs as they are in a similar style. The band played around 45 minutes before calling it a day and packing up and it was a great way to spend part of the afternoon seeing some Chicago punk legends play inside a great record store.