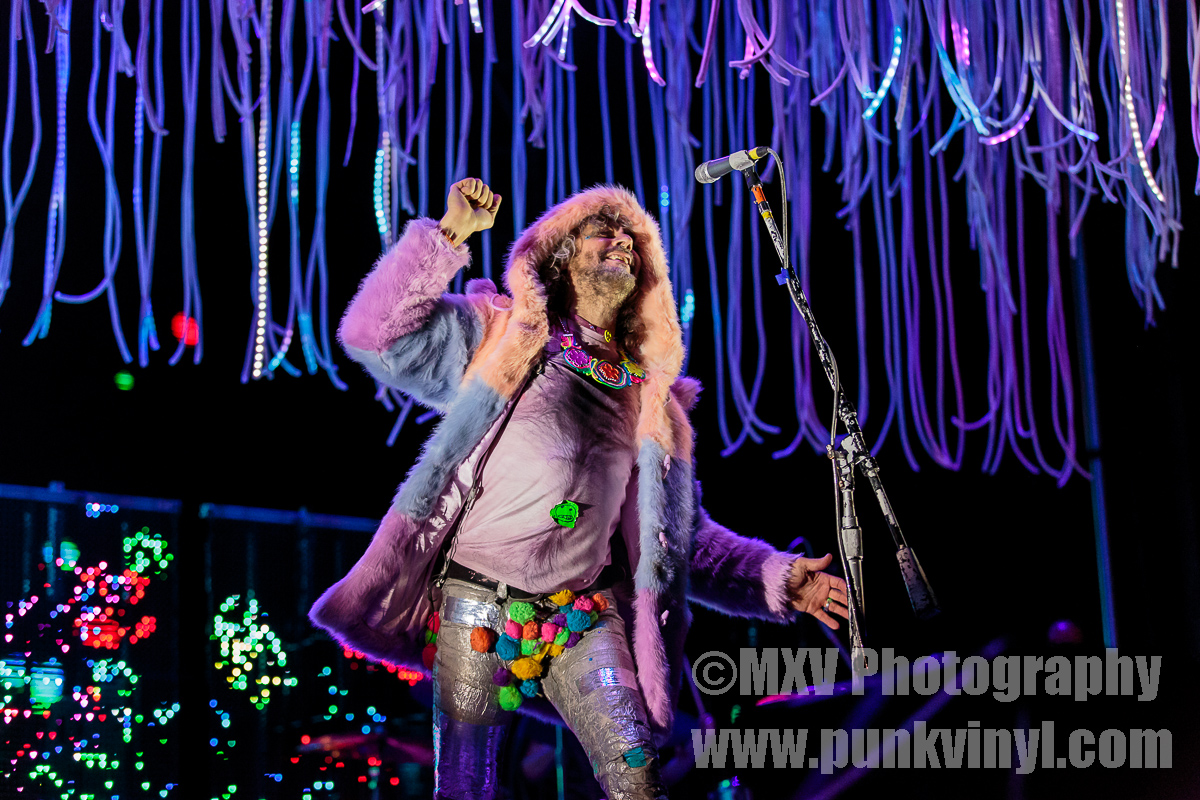 For the fifth year now, summer’s last hurrah has been the huge outdoor version of Riot Fest. The 14-year-old festival has evolved into the best outdoor festival anywhere in the USA and this year had easily the biggest “that’ll never happen” attraction ever with the reuniting of The Misfits to close the final night of this year’s fest. On top of that they had a great, diverse lineup that truly had something for everyone on each day and  the weather even cooperated this year and it was beautiful (and dry!) outside for all three days. The action started at lunch time on Friday.

The Dillinger Escape Plan has been around a long time and has played on other festivals but this was their first Riot Fest and they certainly brought their A game. They came bursting onto the stage like a ball of fire and played fast and furious the entire time. Their intensity was off the charts. Some call them “mathcore”, some call them hardcore and some classify them as a metal band. They mix it all up and played their songs at high speeds with lots of complex changes and crushing riffs. It was like a shot of adrenaline to get the day started.

Girls Against Boys were a staple of the 1990’s indie/alternative rock boom but like most of the bands from that era, they eventually disbanded. They decided to reunite recently and put out and EP and they finally hit the road which led them to be part of the fest. They played a good selection of songs from their past but in the biggest mystery of the day, didn’t play “Park Avenue” which was a bit of an alternative rock hit for them, not to mention their best song! That was a huge bummer but they still put on a very good performance that was enjoyable throughout.

The Meat Puppets started off as one of the craziest and noisiest punk rock bands around back around 1981 and quickly evolved into a country tinged alternative rock band who crafted a lot of really great songs over the years. They had been broken up for a spell but recently reunited (well two-thirds of them anyway) and aside from it being alarming at how much older the Kirkwood brothers looked physically (last time I saw them was 25 years ago mind you), age hasn’t hindered their ability to be a great live band and deliver the rock. It was great to see them back in action and playing to a much-deserved large crowd.

Ska legends, The Specials, took the stage to a massive crowd and wowed them with their patented style of ska that has made them a household name in the genre for decades. They’ve played Riot Fest in the past and if their brand of music is your cup of tea you’ll find no better at their craft. They have a huge amount of band members and they were super tight and spot-on with their delivery.

Ween was another 90’s alternative rock act that were unlike anyone else at the time and somehow became huge, so huge in fact they drew one of the biggest crowds of the day as the sun came up. The crowd ate up every second of their quirky and off kilter rock songs. The band hadn’t played together in years until very recently and it was apparent that they were missed by the masses of Riot Festers.

Speaking of huge, nearly the entire park collected in one place to witness the spectacle that is The Flaming Lips. They are another band with a very unique sound and even if you aren’t a fan of their records it was near impossible not to fall in love with them as a live band. They started the show off shooting confetti for the entirety of their first song, with singer Wayne Coyne running back and forth every few seconds to get more confetti shooting canes while sporting a furry pink jacket. The stage set was full of video and still images,, really cool and colorful lights and various props. They also had costumed characters like the sun and a pair of giant caterpillars out dancing around the stage. It was amazing to watch and completely mesmerizing and totally fits in with their music, making it a total package that is a far greater experience than just listening to their albums. What a great way to close the first night of Riot Fest and leave you wanting more!

The first day of Riot Fest couldn’t have been better. There was a great selection of bands, only a fraction of which was covered here, great food, great people, and great weather. It was a perfect day and the best was yet to come over the rest of the weekend!