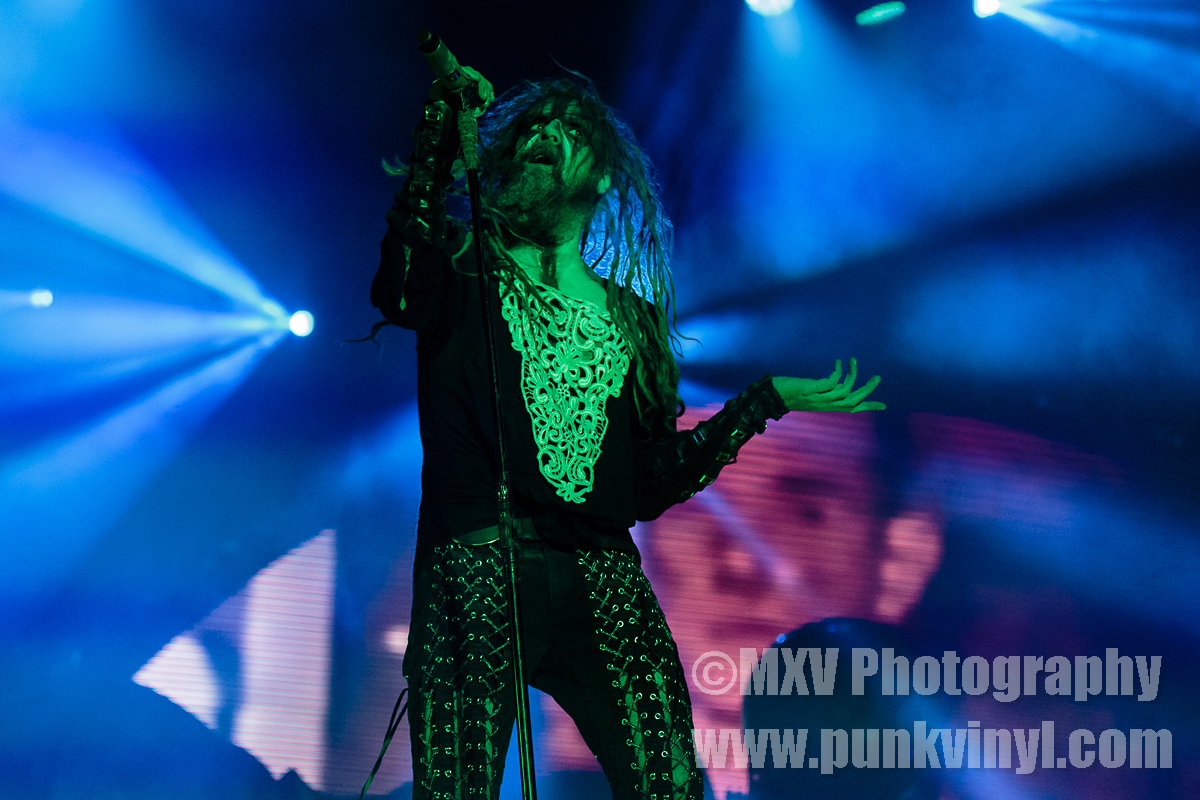 The third and final day of Riot Fest 2016 was Sunday and they saved their biggest act for last, the reunion of The Misfits. Aside from that there was another day full of great bands covering many styles of music. It was also another dry and beautiful day, a perfect way to end the weekend.

When metal/rock singers go solo after either their successful band breaks up or they leave said band it usually results in disappointment and the solo act never lives up to the quality of the band that put them on the map. Dee Snider proved that it can be done successfully. Dee has new solo act now that Twisted Sister hung up their leather and put away their makeup and he proved that he isn’t stuck in the 1980’s and can put a more modern sprinkle on his hard rock. The true standouts were a song called “Accidental Stalker” with a super catchy chorus that’ll get stuck in your head all day, and a surprisingly good cover on Nine Inch Nails’, “Head Like A Hole”. Dee and his band threw in a pair of obligatory Twisted Sister tracks at the end of their set and overall it was the best surprise of the day in how enjoyable his set was.  Dee still has a great stage presence and can still deliver the rock with the best of them.

For only being a three-piece, Tiger Army sure makes a big sound. These guys have been around for a while, two decades to be exact, and they are one of the best bands in the psychobilly genre today. On this day they showed everyone why. They played an excellent set that showcased their trademark style and had the audience smiling the entire time. Their 45 minute set seemed to be over way too soon which is a sign of a good performance. This band is definitely worth seeing if you are even remotely interested in that style of music.

Thursday was one of the only bands of that modern (late 90’s and beyond) emo style post-hardcore that I enjoyed, probably because they kept the whining to a minimum and retained a lot of energy. The band had broken up five years ago and it didn’t look like they would be reuniting when out of nowhere they returned. They drew a massive crowd who went absolutely nuts during their set. Crowd surfers were everywhere, kids were jumping and climbing all over each other and it seemed that the entire crowd was also singing along as well. It was pretty intense and one of the highlights of the day for sure.

Bad Religion has played their share of Riot Fests in the past and it is always great to have them on the bill. They are one of those band that you know exactly what you are getting and are always consistently great and this time was no different. Bad Religion could play the fest every year and you’d be hard pressed to find anyone who would complain about it, in fact let’s make that a rule. Bad Religion every year! These guys show no sign of ever slowing down and it’s likely they will be playing until the last member passes away someday, which hopefully will never happen. We need Bad Religion in our lives forever!

Underoath was easily the heaviest band of the day. These guys mixed metal and hardcore/post-hardcore and play fast and heavy. These guys were jumping all over the place. The huge crowd they drew matched them jump for jump and were going as nuts for them as they were for Thursday earlier in the day. These guys have played other festivals but this was their first Riot Fest and it’s likely it won’t be their last based on the reception they got.

Fat Mike of NOFX did double duty for this year’s fest, first with NOFX the other night and then with Me First and the Gimme Gimmes. Their singer had a jacket like a lounge singer and the rest of them were wearing matching outfits.  The band is strictly a cover act that covers all kinds of music and you could say they double as a comedy act too as their set was pretty lighthearted fun.

Rob Zombie performed the entire album, Astro Creep 2000 for his performance this evening which was his prior band, White Zombie’s, most popular album. A real coup would have been to have a White Zombie reunion but it didn’t matter as Rob and his current band did that album justice and it sounded better than ever so maybe it was for the best that it was presented with this band. He had the unenviable task of preceding The Misfits and as huge as the crowd was that formed for him, nearly ten times the amount of people were camped out at the adjoining stage, some having camped out there all day in the front so they could be as close to The Misfits as possible.

The reunion no one thought would ever happen was the closing act at Riot Fest. Due to Danzig’s incredible fear of having his picture taken, no photographers were allowed to shoot the band and the fest didn’t even get to have the video cameras going to display on the giant screen between the two stages which they had for every single band the entire weekend. The stage setup looked cool with giant pumpkins that looked like the one from the cover of the Halloween single and video screens that showed graphics tied into whatever song they happened to be playing. The band was all decked out in their ghoulish gear and Doyle had his face paint on. One top of the three “original” members (Glenn and Jerry were actually the only two founding members as they went through plenty of guitarists and drummers over the years), they had a second guitarist who I suspect was actually playing all the guitars as Doyle would frequently punch his guitar repeatedly during every song. I counted 38 punches to the guitar during “I Turned Into A Martian” alone yet there was no audible sound that the guitar would have made having been punched if it was plugged in and turned on.

They also had Dave Lombardo of Slayer fame on drums which was the most talented drummer the band has ever had sitting on that throne. Dave is actually too good of a drummer for that kind of band but it was still cool to have such a heavy metal heavyweight fill out the lineup. The band played most of the songs you’d want to hear, relying heavily on the Walk Among Us tracks as well as various singles and even some material from Earth AD. They were a little sloppy, they were super loud, Glenn swore a lot between songs (and was gulping for air big time between each track as he tried to talk to the crowd) and they weren’t perfect, but that is exactly how the band was live 30 years ago (minus Glenn being so blown up after only a few short songs), which means that this version of The Misfits delivered the first authentic Misfits experience in 33 years! No one was more skeptical than I was and I walked out of Riot Fest pleasantly surprised by how good it turned out to be and it was hard not to be in awe of the fact that for the first time in 33 years, in light of all the lawsuits and the badmouthing and the tarnishing of the legacy that The Jerry Only Experience has done in over the years with his bad, Danzig-less version of the band, that Glenn, Jerry, and Doyle were up on stage performing their iconic songs that generations of people not even alive when the band split up, adore and even worship. It was one hell of a closing act for this year’s Riot Fest and easily  had the single biggest attendance of any act in Riot Fest history, the entire park was gathered to watch this which easily had to eclipse the total number of people the band performed to in their six-year run.

Riot Fest 2016 was an amazing weekend that was nothing but fun out in the sun. What a wonderful weekend and now that it is over, Riot Fest withdrawal begins that leads into a long cold winter and a long wait until the end of next summer when we all get to do it again and see what the fine folks at Riot Fest have in store to try to top this year’s fest.