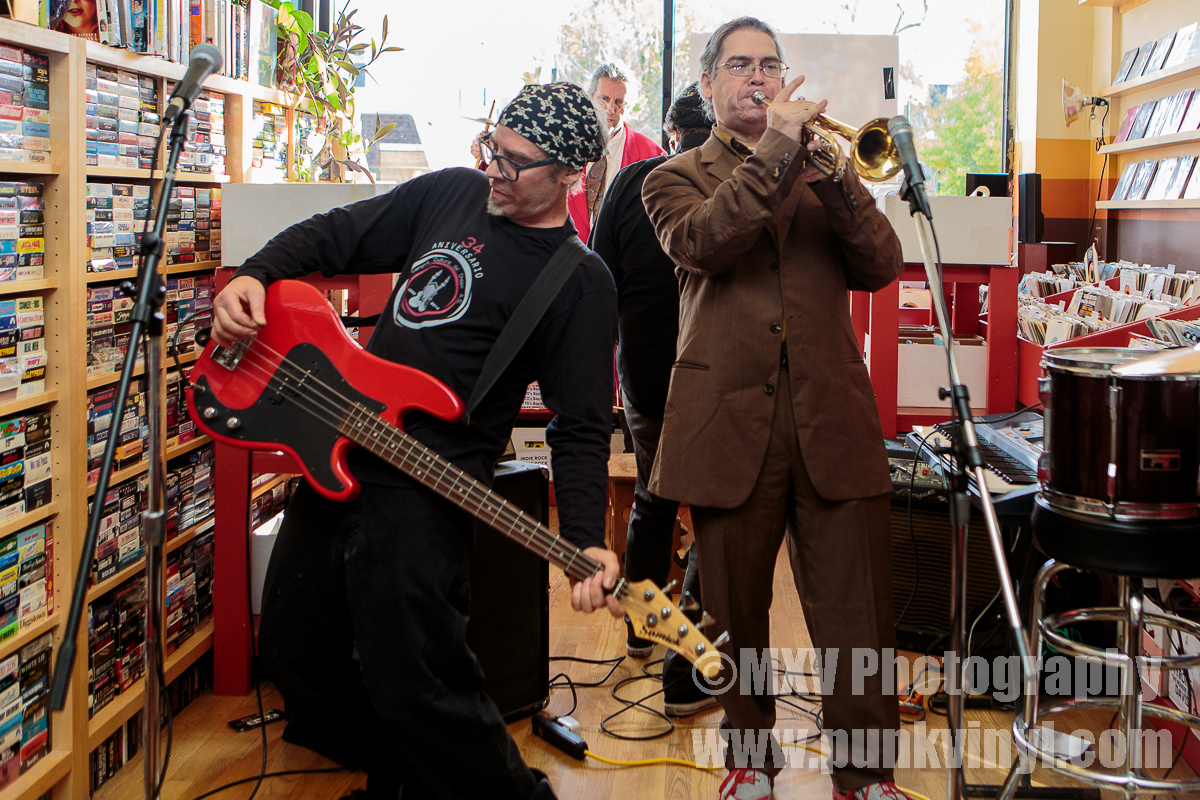 There are few things better than getting to see a good band play while shopping for records and that’s exactly what people had the opportunity to do on Saturday afternoon over at Logan Hardware Records. The store is one of the best in the city and they had a special in-store performance by Chicago art-punk veterans, End Result! Not only that but they had free donuts and coffee too for those in attendance!

First up was The Pornography Glows. They are a three-piece band who played some very entertaining, low-fi garage punk. Had they been around 20 years ago they’d probably have been on Estrus Records. They played a short but very good set and they are well worth checking out sometime if you like that flavor of punk rock.

For those of you not familiar with End Result, they are a first generation Chicago punk band who has been playing off and on ever since their inception. They were more of an avant-garde art punk type of noise makers than what fit the traditional punk formula that soon followed and like most of the bands from the scene back then, they didn’t sound like any of the other bands.

It had been awhile since the band played so it was really nice to have them back doing what they do best. They played about a 45 minute set which saw Ron and Steve Smith trading vocal duties and band members occasionally switching instruments as well depending on the song. They sounded great and played a song or two from their sole vinyl release, Ward (including the title track). Instruments included a bass guitar (sometimes played with a metal bar), guitar, a floor tom, metal pan and spoon, and Ron Smith’s trademark trumpet.

Those of you having regrets for missing them play will have something to be thankful for this Thursday as the band is playing a late show at Liar’s Club. If you can wake up from your Thanksgiving dinner food coma, head on over there and check them out!