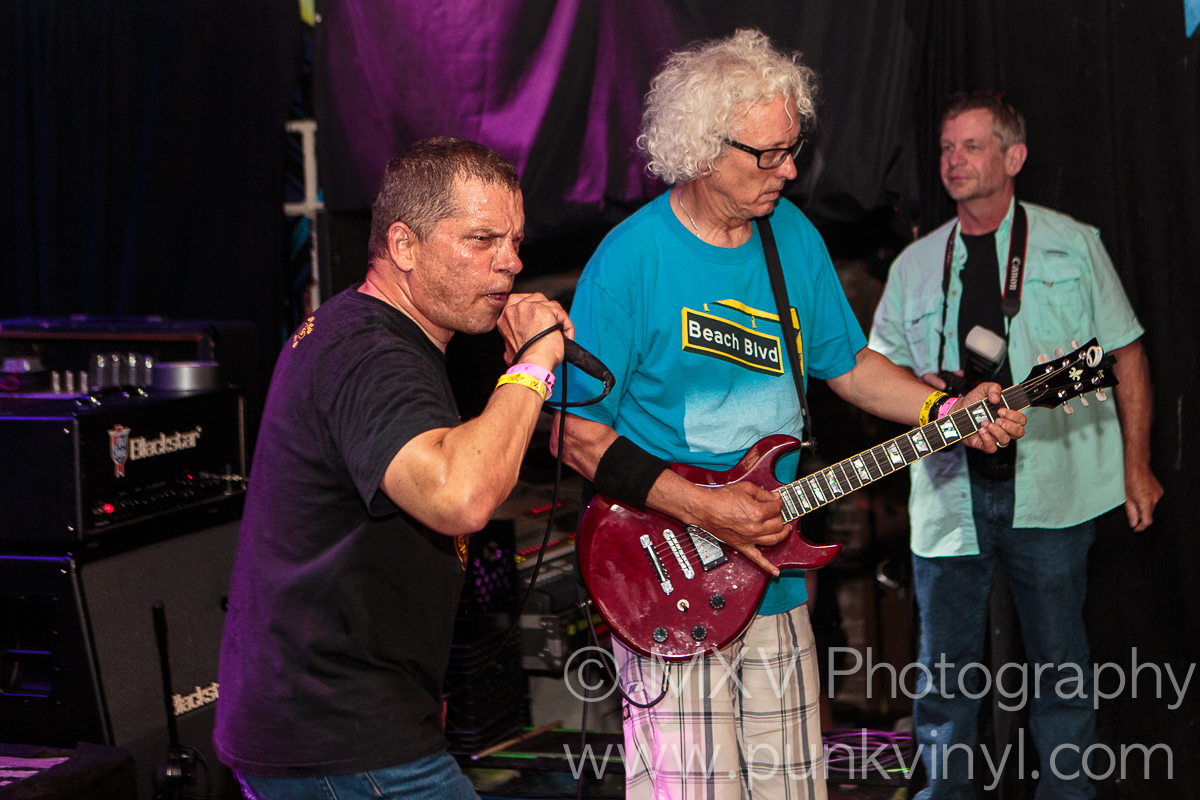 Friday night was a special night over at Reggies in the South Loop as it was the night that JFA finally came back to Chicago for the first time in 24 years! The Dwarves may have been the headliner of the show but it was JFA that was the reason to be excited for the show. On top of that, two of Chicago’s finest currently active bands joined the party, making for a really fun evening with a strong lineup.

Decent Criminals got things started on the right foot. They were a pretty straightforward punk rock band. They played fast and with a lot of energy. Their half-hour set went by in the blink of an eye.

Chicago’s own, I Attack, made their return this evening in a somewhat altered lineup for the evening. They played their skate thrash hardcore with precision and were quite enjoyable. Singer, Rob V, talked a lot between songs and when the band was playing he marched around the stage screaming his head off. It was great to have them back in any form and hopefully they will start playing out again more often.

One of the absolute best Chicago bands of their time (and the current time), The Bollweevils, quickly followed. If you’ve never seen these guys play before you are really missing out. They play fast-paced, catchy, punk rock complete with loud guitar and all the fixings. It’s pretty amazing the amount of energy these guys have, especially the vocalist, Daryl, who never holds still and is constantly jumping on and off the stage. Age has not slowed these guys down one bit and they seemingly still keep getting better every time they step on a stage. The band played a lot of old favorites along with a couple of new tracks that they will be recording for a new record in the near future.

Next it was finally the time most people were waiting for, the return of JFA! For those not in the know, JFA was/is the premier skate rock band, in fact the term was likely coined for them. Though sadly out of print, their early records stand as some of the greatest hardcore punk records of all time. When the band took the stage Friday night they showed the hundreds of people inside that they are still as great as ever. The band played a large amount of their early classics from Blatant Localism and Valley of the Yakes. The crowd was going nuts and people of all ages were jumping all over each other as the band delivered such gems as “Out of School”, “Johnny D”, “Do the Hannigan”, “Low Rider” (which had singer, Brian Brannon, dancing all over the stage), “Cokes and Snickers”, “Guess What”, and more. The Mad Garden EP was well represented as well as they played 3/4 of it (“Charlie Brown’, “I Want”, and of course the title track). Strangely absent was any material from the self-titled LP. The band played some newer tunes too like “Rat Race” and “Stage Dive” too. When the dust settled, the band played close to an hour and if they played even longer there wouldn’t have been a single person unhappy. They made up for their two decade absence from our city by playing their asses off and it alone was well worth the price of admission.

The Dwarves (sorry, no pictures) had the unenviable task of following one of the greatest punk rock bands of all time and they also played what was a long set for them (it had to be about 45 minutes). They played their album, The Dwarves Are Young and Good Looking in its entirety. They played just fine, it was a no-frills delivery of the album, but after the greatness that was JFA, it seemed to fall a little flat.  The fans in the audience who were bigger fans of the band seemed to be enjoying themselves however.

Overall the show was a great one from start to end, you couldn’t have asked for a better night of punk rock to kick off the summer and hopefully we won’t have to wait decades for JFA to come back again!