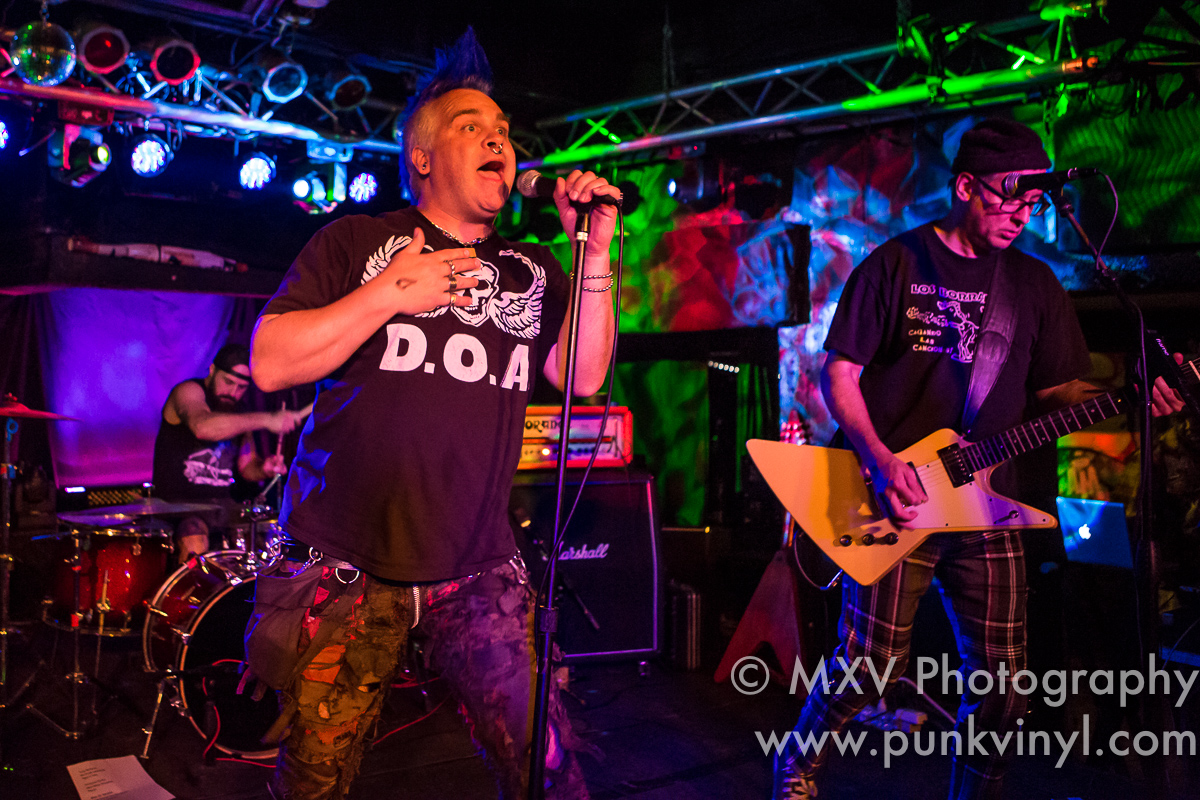 Destroy Everything 8/5/17 at Elbo Room

Destroy Everything haven’t been playing many shows as of late so when they do it is pretty special. They came out of their seclusion on Saturday night to play the Elbo Room along with Anti-Trumpz and Bury the Machines.

Destroy Everything played a tight set featuring a good handful of their classics as well as playing a handful of new songs too. The new songs sounded great and the old staples sounded as good as ever. They played about 45 minutes and the crowd seemed to be really enjoying it. If one could come up with a complaint it would be that they didn’t play “Dickhead” which is one of their best and most catchy songs. A minor complaint considering how many good songs they have.

Anti-Trumpz were pretty straightforward hardcore and as you can guess, many of their songs were about and influenced by our current president. What the band lacked in originality they more than made up for with entertainment value and it was a fun set. They really should put out a record just for the fact that this is the first time we’ve had a president in the office that can and will inspire punk rock bands in a huge way since Ronald Reagan.