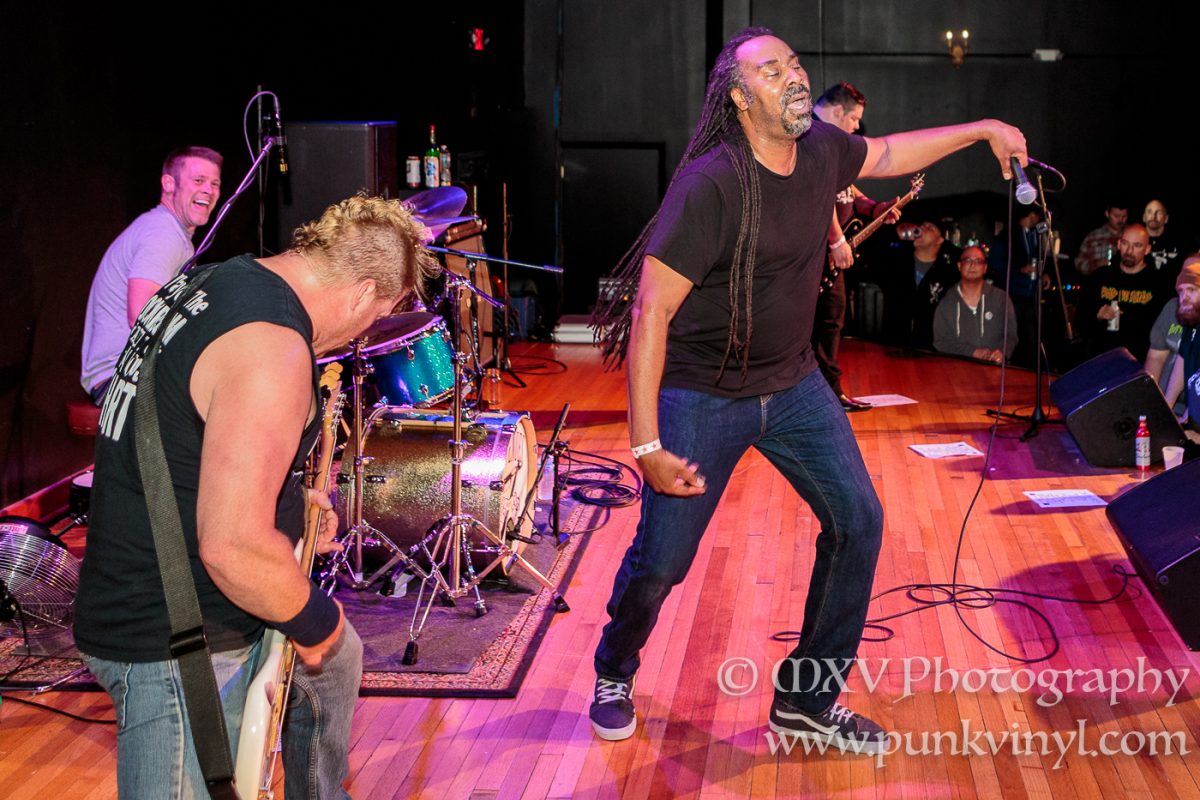 Last night The Bollweevils were part of a four band bill at Brauerhouse in Lombard, IL. They played in the really nice, new big music room at the club. Teenage Bottlerocket were the headliners.

The band took the stage around 10:30 pm and while they may or may not have been partaking of some moonshine backstage, it didn’t do a thing to hinder their energy and musical performance. The band, through all their lineup changes over the years, has always been one of the best punk bands in Chicago but in recent times they’ve only gotten better. It is actually pretty amazing that as the members of the band age, they keep playing with more youthful energy than even back when they were youthful! Few bands get better with age but these guys sure seem to have tapped into the fountain of youth and are currently at their all time best.

The club was packed when the band opened their set with their Bollweevils theme song, played at top speed. Daryl was jumping around the stage like crazy while Ken wailing away on his guitar, barely looking up from his guitar. Pete M., unhindered by sleeves, was pounding his bass while the other Pete M. was playing the drums with a surgeon’s precision. The crowd went crazy as a pit formed and one or two guys even ended up on stage at various points during the set. “Dehumanize” quickly followed as the second song of the set and is a long-time crowd favorite and one of the band’s better songs. The crowd was singing along at key parts throughout the rest of their catchy set. Some highlights of the rest of the set included: “Fence Sitter”, “Straight Jacket”, “Bottomless Pit’ and what is easily the best and most catchy Bollweevils song ever, “999 Stoney”!

The band played for around 45 minutes or so but really they should have been allowed to play the rest of the night, they were the highlight of the entire evening and showed once more that they are one of the best active punk rock bands in Chicago today.