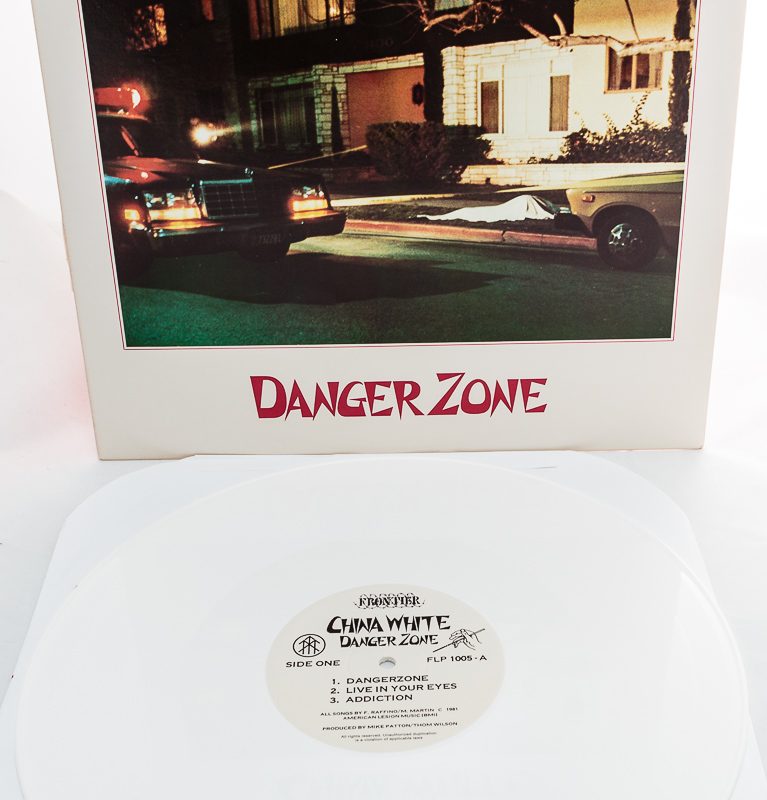 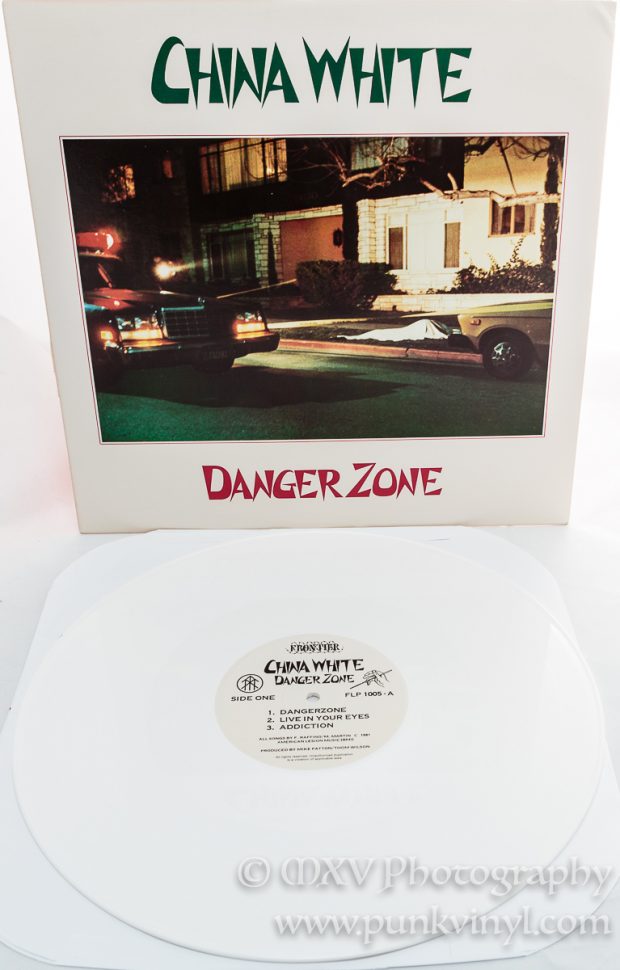 always find stories like these exciting, like hearing about someone discovering buried treasure. Remember the one (and only) China White 12″ EP on Frontier Records? Don’t feel bad if you don’t, the vinyl has been out of print for something like 35 years and with the band only doing the one EP they didn’t get the widespread recognition they deserved, even though they were on a top-notch punk label.  China White were a southern California punk rock band that were around in hardcore’s formative years. Their lone 12″ EP was released in 1981 on Frontier Records and after being in print for a few years, it vanished. The music was still available on a CD but the superior vinyl format of these was non-existent for well over three decades. I always wondered if the label would ever reissue it, especially since they’ve been doing such a killer job of colored vinyl reissues of their early punk releases as well as newer reissues of classic punk material. That day has finally come, but not the way you’d think.

Recently the lovely ladies of Frontier somehow unearthed a stash of original covers for the 1981 EP that must have been buried in a forgotten tomb somewhere. With all these beautiful original covers sadly lacking records to fill them, the label did what any sensible label would do, they pressed up some records to fill them! And since the cover is white, and the band has white in their name, the record was pressed on white vinyl! The music sounds as good as ever, and looks better than ever.

This release is limited to a mere 300 copies, which is all the sleeves they found. I couldn’t even get a spare sleeve to replace my original, somewhat worn one because they used them all up! These punk gems are not available in any record store, they are only available via mail order from the Frontier Records Bandcamp page. I wouldn’t sleep on this, punk artifacts like this in such limited supply rarely last long these days.