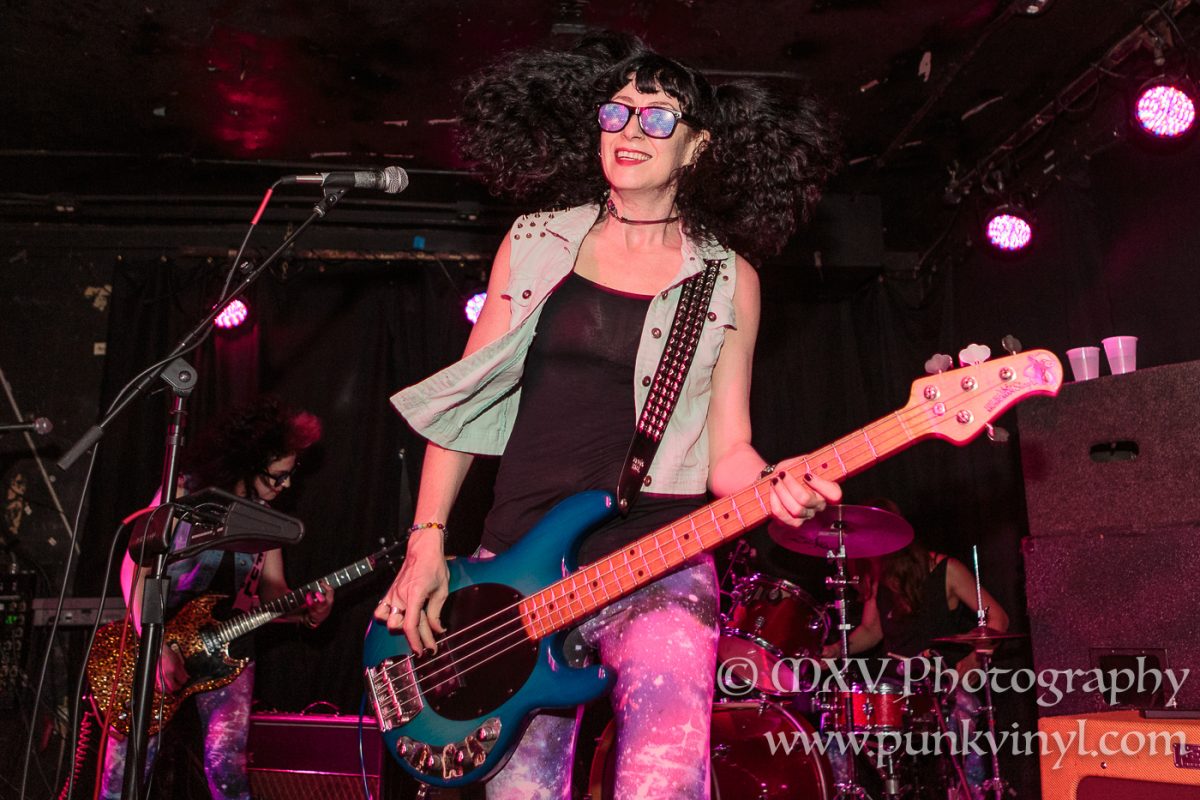 Last night a great new band made their live début at Empty Bottle as part of a show hosted by the Chicago Underground Film Festival. That band is named Aweful and they were anything but awful, in fact they were quite wonderful! This three-piece, all female band has only been around a few months and have managed to put together seven really solid songs, which was enough to take to a stage. Longtime Chicago music native, Traci Trouble fronts this new band (and plays bass) and is joined by Lucy Dekay from Mystery Actions on guitar and Jaclyn Vorel on drums. All three of these ladies are very accomplished musicians and you almost could consider this a supergroup.

When the ladies took the stage, they were decked out in matching attire so they immediately get bonus points for showmanship. When they got started playing they immediately won the crowd over. This band really brings the rock, and they infuse elements of  seventies punk, space rock (especially in the third song they played, “Lucid Dreams” which is a direction I hope they continue to explore because it was the best song of the night), indie rock, and power pop. The songs all had a big sound, but also they had hooks and melody and could be quite catchy. They were high on energy and played brilliantly, showing these ladies take this new venture very seriously and have been rehearsing quite often to perfect their music.  Their seven song set went by in what only felt like a few minutes, it was really solid from start to finish and had nice diversity between the different songs. Had they played seven more the audience would have loved every additional minute of it but unfortunately for us they haven’t written them yet.

With their first outing, Aweful already showed they will a band you’ll want to keep a close eye on and even in their infancy, they are already a band that should not be missed when they play out in the future.