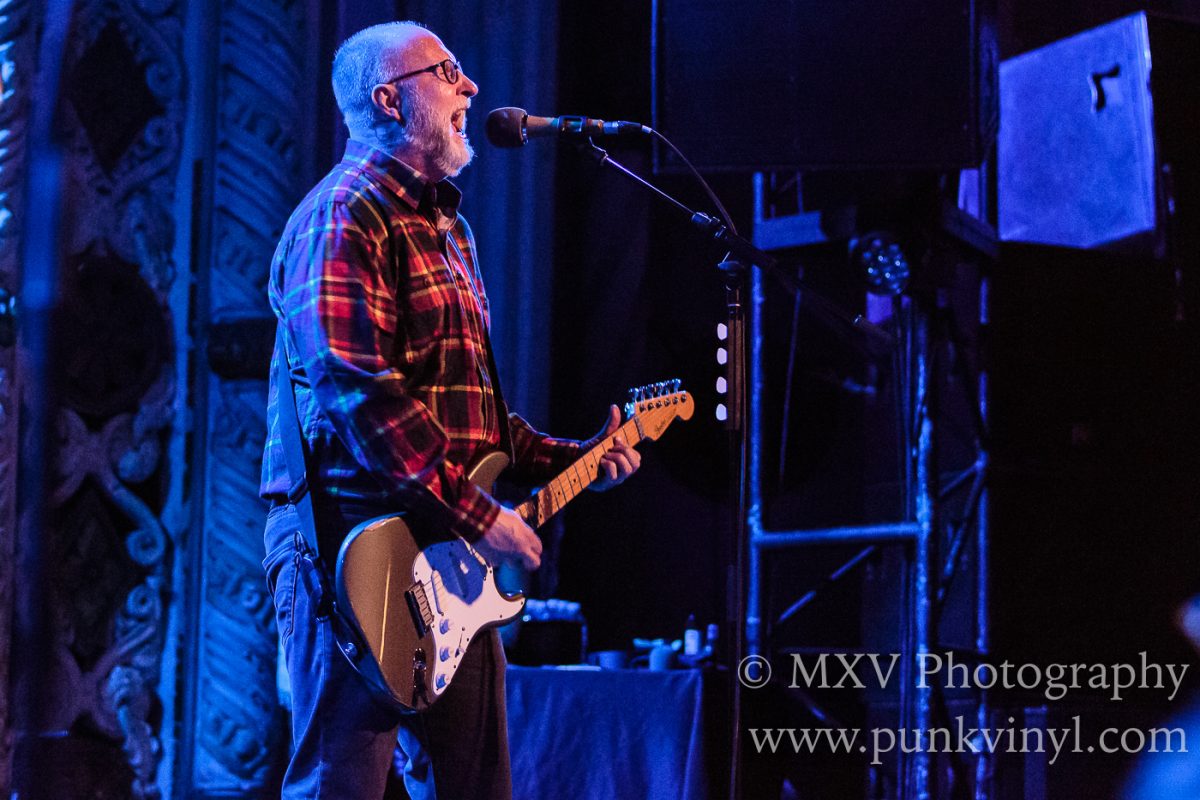 The winter blues are hitting people in Chicago pretty hard this year but this weekend at the Metro was the best cure for them as Bob Mould headlined a pair of shows. Each night he was joined by a different opening act. Mr. Mould has always been known for his excellent live performances and Friday night was no exception as he packed the Metro full of excited fans spanning a couple of generations.

First up was local act, Airstream Futures. These guys and gals have been together for a couple of years or so and have been making a name for themselves lately. You may recognize the two gentlemen in the band from previously being in other Chicago punk rock bands, most notably The Bomb. Airstream Futures play a sort of hybrid of mid tempo punk rock with indie rock and their female vocalist has a really good voice that compliments their energetic music quite well. The band’s recent touring has really been paying off as they sound tighter and better than ever (and they’ve been good since their inception). They now seem to be running like a finely tuned machine. In between the songs of their 45 minute set, the singer made a lot of mentions about how happy she was to be playing the Metro and how awesome the club is and she’s totally right, the place is a legendary fixture of the Chicago music scene and has been for close to four decades now. If you get a chance to see this band don’t pass it up, they are well worth the effort to go see them.

When Bob Mould and his band took the stage, there was a big roar of excitement from the crowd. Mould and the band wasted no time getting to work and they wasted very little time between songs either. They opened with, “The War” off the Beauty and Ruin album and quickly followed it up with “A Good Idea” (a Sugar song) and the first of many Husker Du songs, “I Apologize”. Bob sounded great and the band played with a lot of energy. The crowd was way into it too, smiles were all around and people were bouncing up and down in tune with the music. Bob’s buzzsaw wall of guitar sound was in full force, and the rhythm section played to perfection. This lineup has a really good chemistry and it showed in every great song they played.

Bob spent almost zero time talking between songs, he let the music do the talking and it was rare the band even stopped between songs for more than a few seconds before starting the next one. Bob’s long musical career was well represented as the near 90 minute set split up songs from Mould’s solo albums (only two from his new album, Sunshine Rock) with Sugar songs and then a handful of Husker Du classics near the end of the set. The main set ended with an amazing one-two punch of “Something I Learned Today” and “Chartered Trips”, the latter with an extended jam ending which was the climax of the set. Less than a minute later, Mould returned to the stage alone to do a lovely rendition of “Never Talking To You Again”, a Grant Hart penned Husker Du track, which was a nice tribute to his late, former Husker Du band mate. The band rejoined Bob on stage for two more Husker Du songs, “Love is All Around” (the Mary Tyler Moore show theme), and “Flip Your Wig”. It was an amazing way to cap off a perfect set that totaled right around 90 minutes. Bob Mould not only showed Chicago that he still has it, but that he just keeps getting better with age!