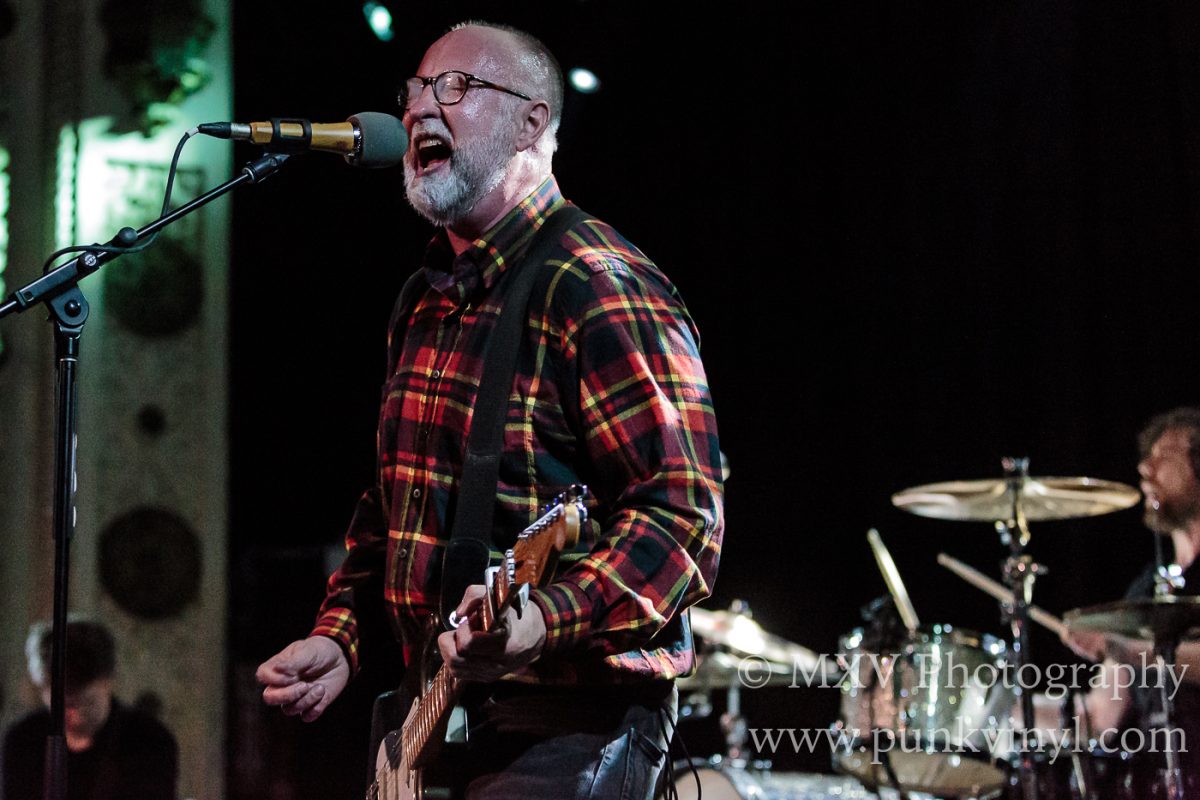 Last night was the second and final night of Bob Mould’s two night stint at Chicago’s legendary Metro. Non-stop pouring rain didn’t stop people from packing the place to the rafters for this sold out show. Many folks in the audience were there the night before too and couldn’t get enough so they were back for a second helping, and what a helping it was!

First up was Beach Bunny who hail from Chicago. This female-fronted four piece band all looked very young. Their music was really catchy indie-pop. The singer/guitar player had a really nice voice and their half hour set was quite enjoyable. They seemed to win over a pretty good chunk of the audience during their set too.

Bob Mould and his band took the stage for the second night in a row and somehow managed to top their performance of the previous night! From the get-go they seemed to have even more energy and packed a bigger punch than the night before. They spent even less time between songs and pretty much played most of the set non-stop. The set list was most the same as Friday night’s but they changed a few things up to keep it interesting and to make it special. First of all they played “I Don’t Know You Anymore”, which wasn’t played the previous night. One massive highlight came a couple of songs later when they played “In a Free Land”, a song dating back to the second Husker Du 7″ and one Bob Mould hasn’t been playing possibly ever since the breakup of the Huskers. It sounded amazing and was delivered with every bit of energy that Mould used to deliver it with back in his youth. That alone was well worth coming two nights in a row for, but there was more!

The rest of the main set was the same as the night before, but better because the band sounded even better on this night (and Friday night was great so this was just twice as great). When they finished the extended Chartered Trips, the band left the stage and Bob stayed and did his rendition of “Never Talking To You Again”. He was rejoined once more by the other two band members for “Love is All Around” and then instead of doing “Flip Your Wig” like the previous night, they did “Makes No Sense At All” to close the show! It was a hell of a send off after two nights of great rock music by Bob Mould and his band.

At age 58, Bob Mould seems at the top of his game in rock music. His performances are nothing short of legendary and he just keeps putting on better shows every time he takes the stage. Here’s hoping to many more years of great Bob Mould music! If you get a chance to see him on this tour, run, don’t walk, and get there immediately!