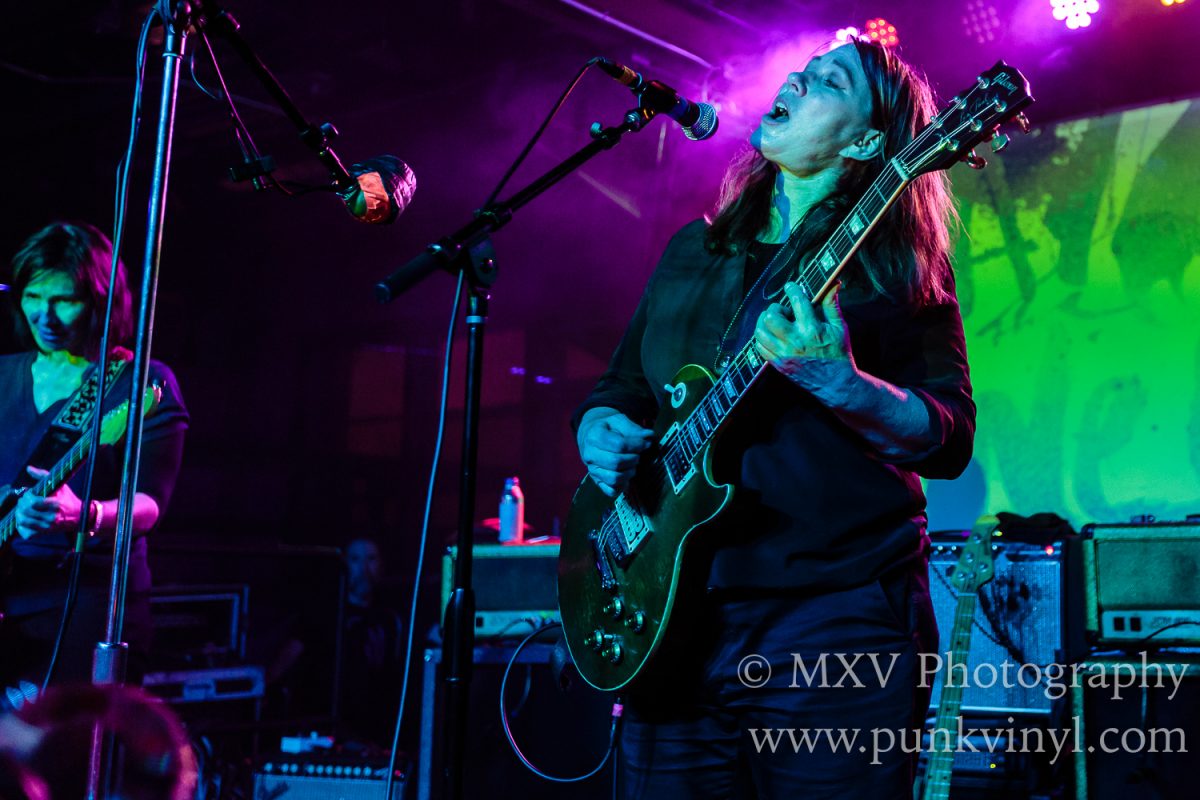 Summertime is just about here which means that it is once again time for House of Vans to put on their shows, which they lovingly refer to as House Parties. House of Vans is located in the West Loop area of Chicago and is a fantastic venue that hosts skateboarding and other special events. They usually do a small number of House Parties throughout the summer with some great bands, all of which are free shows! Not only is admission free but all the beverages are on the House too. It really is a giant, professionally run house party with a very friendly and hospitable staff, a great room with a well lit stage, and even an outdoor patio area. The house party kicked off with a real bang as The Breeders were the headlining act for this one!

First up was Divino Nino, who hail from Chicago. This five-piece ensemble played fairly mellow and haunting, sixties pop influenced songs that they sang in both English and Spanish depending on the songs. Their songs were fairly mellow and they had an interesting sound to them and were quite unique. They played about a half hour or so and the crowd seemed to enjoy it.

Boston natives, Palehound played next. This four piece comprised of two ladies (on guitar/vocals and bass) and two gentlemen (keys and drums) played a 45 minute set of some really solid indie rock that mixed elements of shoegaze, post-punk, and pop, complete with really good vocals from guitarist/lead Ellen Kempner. They won over a good portion of the crowd with their rock solid set as they got big rounds of applause after every song.

When The Breeders took the stage, twin sisters and rock goddesses Kim and Kelley Deal had big smiles on their faces as they picked up their guitars and those smiles stayed on their faces throughout most of their set. They started their set with “Saints” from probably their most popular album, Last Splash. The band sounded in top form and the crowd wasted no time in dancing and showing support. The band wasted no time in starting their next song, “Wait In The Car” from their excellent recently released new album, All Nerve. It sounded every bit as good live as it does on that record, if not better.

Between songs, Kim and Kelley would make some occasional small talk as they delivered one good song after the next. Their set was largely comprised of songs from All Nerve, Last Splash, and Pod, with a couple other selections thrown in for good measure. They played their most popular song, “Cannonball” in the middle of their set and that got the biggest reaction and had the largest amount of people dancing, but the crowd was very active and quite excited throughout their hour-long set. Aside from some small technical sound issues, the band sounded great, had a lot of positive energy surrounding them and their set was just plain fun. They crammed a lot of songs in that hour, but the set seemed to fly by in the blink of an eye because it was so good. What’s even more amazing was everyone in that room got to see a priceless performance for free! It was truly something special.

If you get a chance to see The Breeders on this tour, jump at the opportunity, but even more than that, should you be in the Chicago area, don’t let anything get in the way of attending one of these Vans House Parties, it is a guaranteed great time in a venue with a really great vibe.