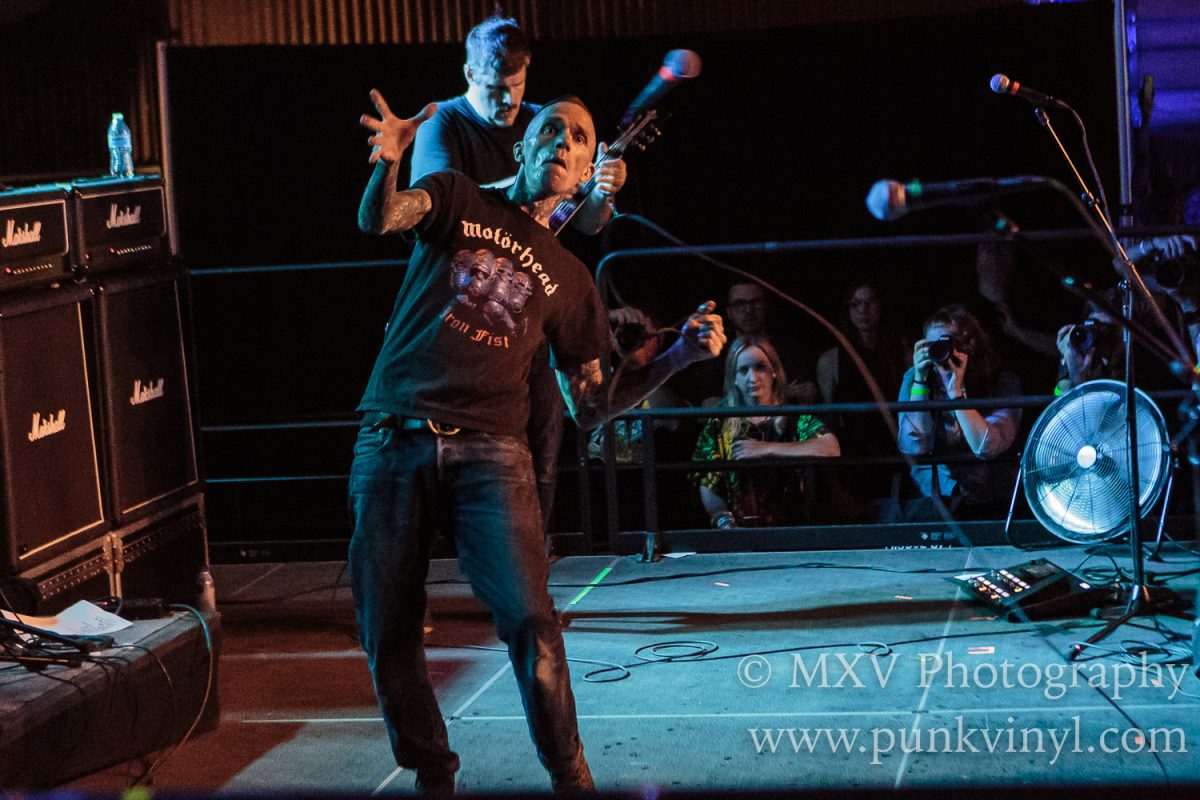 Saturday night was the last House of Vans House Party for the year here in Chicago. They had a great run this year with some great bands and they really ended the season with a bang when Converge was the curator of the evening. The place was totally packed and filled up quickly, with a […]

Saturday night was the last House of Vans House Party for the year here in Chicago. They had a great run this year with some great bands and they really ended the season with a bang when Converge was the curator of the evening. The place was totally packed and filled up quickly, with a large line forming well before the doors even opened for the night.

Throughout the evening, custom artwork was being screen printed and offered for sale by Jake Bannon & Thomas Hooper. They had all kinds of posters, prints and even books available for sale and they were a big hit with the crowd as you could see many people walking around holding their new acquisitions all evening long.

Cloud Nothings was the second band of the three band bill. While they appeared a little subdued as they quietly took their places on stage, and rarely moved much from their respective spots throughout their set, once they started playing they opened up a can of audio whoop ass on the crowd. These guys were super heavy, with some pretty complex yet powerful drumming that set the bed for a layer of noisy guitar work. These guys had interesting song structures too and mixed up the tempo, all the while keeping the intensity and distortion at a high. If these guys had been around during the heyday of the Amphetamine Reptile Records era, they’d have been held in such high regard as bands like Helmet (in their early form). They were tremendous and if you like noisy, intense, and interesting music, you owe it to yourself to check these guys out.

You know you’re in for a crazy show when the venue has a medic on hand waiting at the side of the stage near the security guards in case anyone got hurt during the mayhem that ensued the minute Converge tore into their first song. The crowd went absolutely crazy through their hour-long set. It was easily the largest mosh pit that venue had ever seen and people were climbing and jumping all over each other trying to get near the front of the stage to sing along to the songs every time vocalist, Jacob Bannon, held the microphone out into the crowd, which was about a half dozen times per song. Those who weren’t crushing each other trying to become guest vocalists for their 15 seconds of fame were flipping over each other to get onto the stage to do stage dives. The security was surprisingly very lax about this and didn’t do anything to prevent it, instead they just kept a very close watch to make sure no one was getting hurt.

Thankfully the standby medic ended up having an easy night as no one got hurt or required any medical attention, so those crazy kids in the crowd had a blast as Converge pummeled them with a wall of blast beats, crushing riffs, crazy metal leads, and deep, growling vocals. What the band lacked in diversity in song tempo (with few exceptions every song was fast tempo and somewhat repetitive), they made up with sheer power and intensity. What’s amazing is how, during all the heavy riffs and complex leads, their guitar player stood there so calm and made it look so effortless to play this stuff so fast and hard, with these intricate solos and leads. It was like he was a robot programmed to crush the crowd with big riffs and spice it up with guitar noodling at high speeds.

The crowd, in turn, never held still for a minute. The further into the set the band got, the more energetic and wild the crowd became. The mosh pit never got smaller, and the number of flying bodies only increased as the band’s set drew closer to a close. It was one hell of a powerful performance and the band really has to be seen live to really experience just how heavy they are.

When Converge left the stage, having given a very heartfelt thanks to the crowd and the House of Vans, the audience was drenched in sweat and happy. It was a very positive and fun way to end the summer of Vans House Parties and it will be a long winter waiting for next year’s offerings!