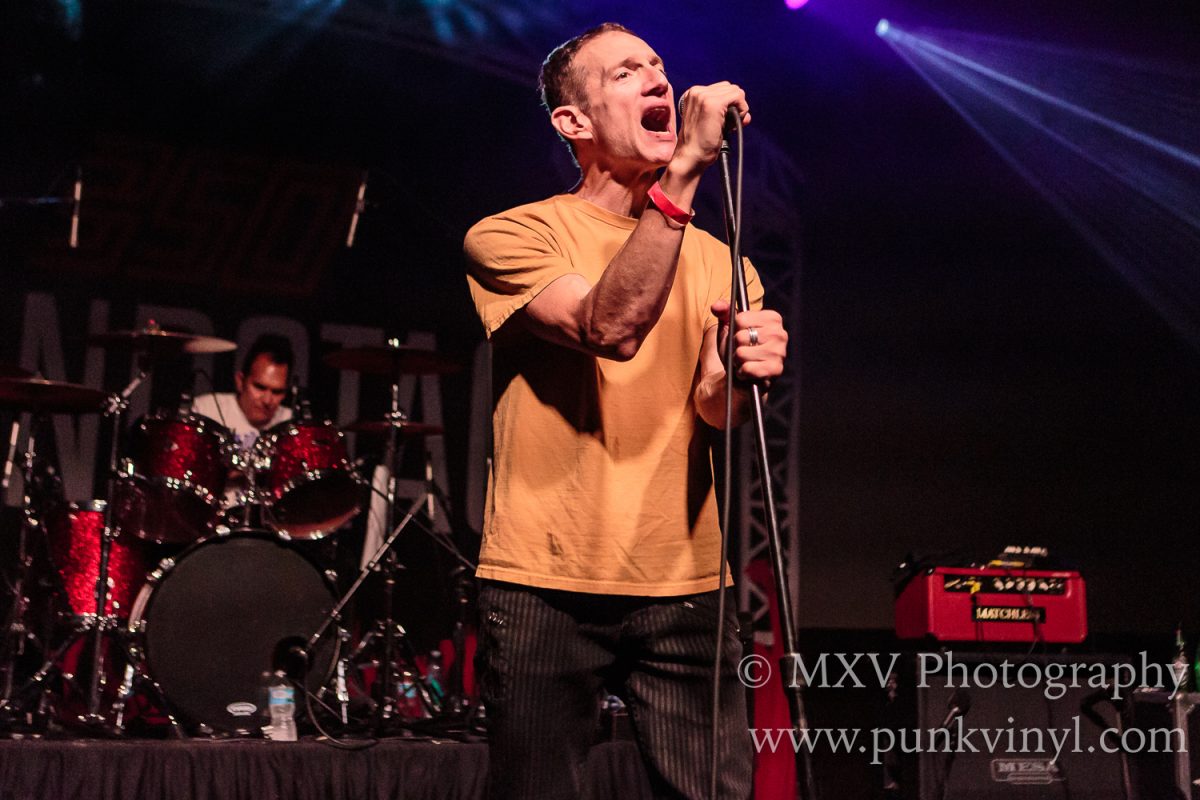 Sunday night was the final day of the three day, 350 Festival at the Tinley Park Convention Center. This was the fifth year for the fest and the first time it spanned more than one day. They really pulled out all the stops for this one and the final day featured a full day of […]

Sunday night was the final day of the three day, 350 Festival at the Tinley Park Convention Center. This was the fifth year for the fest and the first time it spanned more than one day. They really pulled out all the stops for this one and the final day featured a full day of some of the Chicago area’s finest punk rock.

Tight Night featured Jeff Dean (of just about every band in Chicago fame) on guitar and a member of Stalag 13 on vocals (plus other musicians). They played their punk rock loud, hard, and fast. Their songs were fairly short and to the point and they all packed one hell of a punch. They had a lot of energy when they played and on top of it they all seemed to be having fun while doing it.

Playing one set wasn’t enough for Jeff Dean apparently as he stuck around after Tight Night’s set to perform a second full set with one of his other bands, Airstream Futures. This band, divided evenly between female and male musicians, have been playing around for a few years now and have been excellent every time. With a new album on the horizon and a lot of live performances under their belt, their performance Sunday was easily their best yet. These four have really gelled and hit their stride and their energetic mid to fast tempo punk rock had all the energy and all the hooks you need to have a good time. Definitely make a point to see this band if you have a chance, they are totally worth the effort.

Lights Over Bridgeport slowed things down and delivered a more melodic set. They were straight up pop-punk. Their mid-tempo songs were full of hooks and were pretty catchy.

The Eclectics were a punk/ska blend who were heavy on band members and heavy on the horns. They filled up a lot of the very large stage just in band members alone. If ska is your cup of tea, then you’d like their blend. They made a bunch of people smile so they were certainly doing something right.

The Bollweevils took the stage next. They started in fourth gear and then immediately shifted into overdrive. They played plenty of old favorites and a few new songs as well which were really good. Hopefully this means a new record is in the works. What’s amazing is that the older these guys get, the better they play. Not to take anything away from previous lineups of the band but this current lineup is the best yet and their chemistry has them playing better than ever, every single time they step on a stage. These guys deserve to be much bigger than they are and if they keep up this pace that may finally happen. They deserve to be a household name. Near the end of their set, when they played their best song, “999 Stoney”, Denis from 88 Fingers Louie joined them on stage to sing backups.

Speaking of 88 Fingers Louie, they were next. They have always been consistent in putting on good performance and this was no different. They played their usual selections from their solid back catalog and sounded great while doing it. Their guitar player, Dan Precision, is a machine when it comes to playing the guitar, and he has the silky long hair that every great guitar player needs as the source of his power! These guys are always a fun show.

Chicago punk rock super heroes, Naked Raygun, took their rightful place as the headliner of the evening. They changed things up a bit this time and instead of playing all the hits with a couple of newer songs, they had a more even mix of newer or brand new songs (a couple brand new ones were really good and maintain the Raygun magic), as well as many of the usual favorites. They wasted very little time between songs and they sounded better and better as they progressed through their set. The crowd was super energetic and dancing and singing along to all the “whoa oh’s” through the entire set. Later in the set, punk rock guitar wizard Dan Precision joined them for a few numbers like “Peacemaker” and “Treason”, and then came the free shit! This time the free shit was a really cool, guitar shaped keychain/bottle opener with the NR logo on it. People went crazy trying to catch these things as the band was tossing them out and in keeping with tradition, the demand far outweighed the supply.

Raygun played well over an hour, going longer than the announced end of the show by a good twenty minutes. They sounded great, made us all hopeful for a new album, and then left everyone sweaty and satisfied as they left the stage and said their goodbye. Nearly 40 years after they first formed the band, they are still the best punk rock band in Chicago history and nothing will ever change that.

350 Fest was a real home fun of an indoor festival, here’s hoping they continue the tradition next summer, the venue seems perfect for the type of show this is and should really consider becoming a regular staple for bigger punk shows.