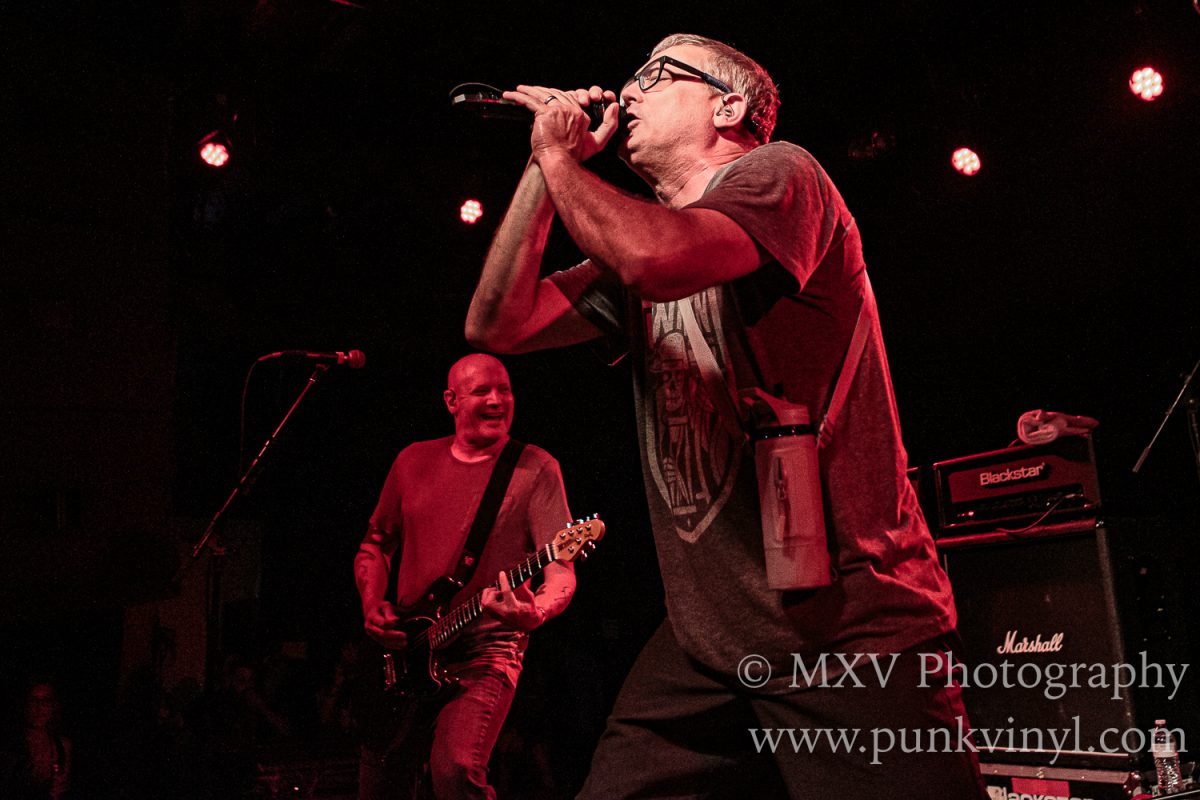 Those willing to stay up late after a full day of Riot Festing were in for a real treat if they secured a ticket to the show at the Bottom Lounge, because the Descendents were playing the late show there for Riot Fest! This is the smallest venue the band has played in Chicago since 1987! Seeing the band, which now draws huge crowds at festivals and constantly sells out large clubs, in such a smaller venue was a real treat and the no one knew just how special it was going to be.

Iron Chic (cute name) was the second band on this three band bill. They were mostly a pop-punk band with hints of emo. They had a good bit of energy to them and put on a pretty good show. They seemed to have a lot of fans in the middle of the audience who were way into them. They were definitely worth showing up early for. It’s

The mighty Descendents took the stage to a really excited audience that was a great mixture of old punk rock fans and younger folks who weren’t born yet when the band released all their classic albums. It was really neat to see multiple generations of people gathered together, sharing a universal love for such a special band.

The band opened their show with “Suburban Home” from their most beloved album, Milo Goes To College. The crowd was instantly going bananas and just about everyone was singing along. This continued for just about every song the band played! The band was as tight and energetic as ever and as great as they were the day before at the fest, they blew that performance away this evening. They were smiling and having a good time and it was evident that these guys truly love playing their music for people and have a blast doing it. The enthusiasm of the crowd drove them to play harder.

They delivered so many favorites that it would take a full page to list them all. Pick one of your favorite Descendents songs and they probably played it. They played da few songs of of Hypercaffium Spazzinate as well which always sound good and fit right in with the older songs. The way they pace the new and old songs is perfect. The crowd went just as nuts for the new songs as they did the classics.

What made this night special was the band reached way deep into their catalog to play a pair of songs they haven’t played in years (at least not in Chicago), “Global Probing” and “Hey Hey”! It was an amazing surprise that was something really special for us old timer fans who grew up on those early Descendents records. The band passed around an oversized mug of coffee to each other before playing “Mug” and they spoke for us all when they did “Thank You” near the end of their set, which came to a  conclusion with “Smile”.

When it was all said and done, Descendents played about 90 minutes and it was absolutely flawless. It was easily one of their best performances ever, and it is incredible just how great the band still is and how they just seem to keep getting better.  Thank you Descendents for playing the way you play, and thank you Riot Fest for hosting such a special evening.