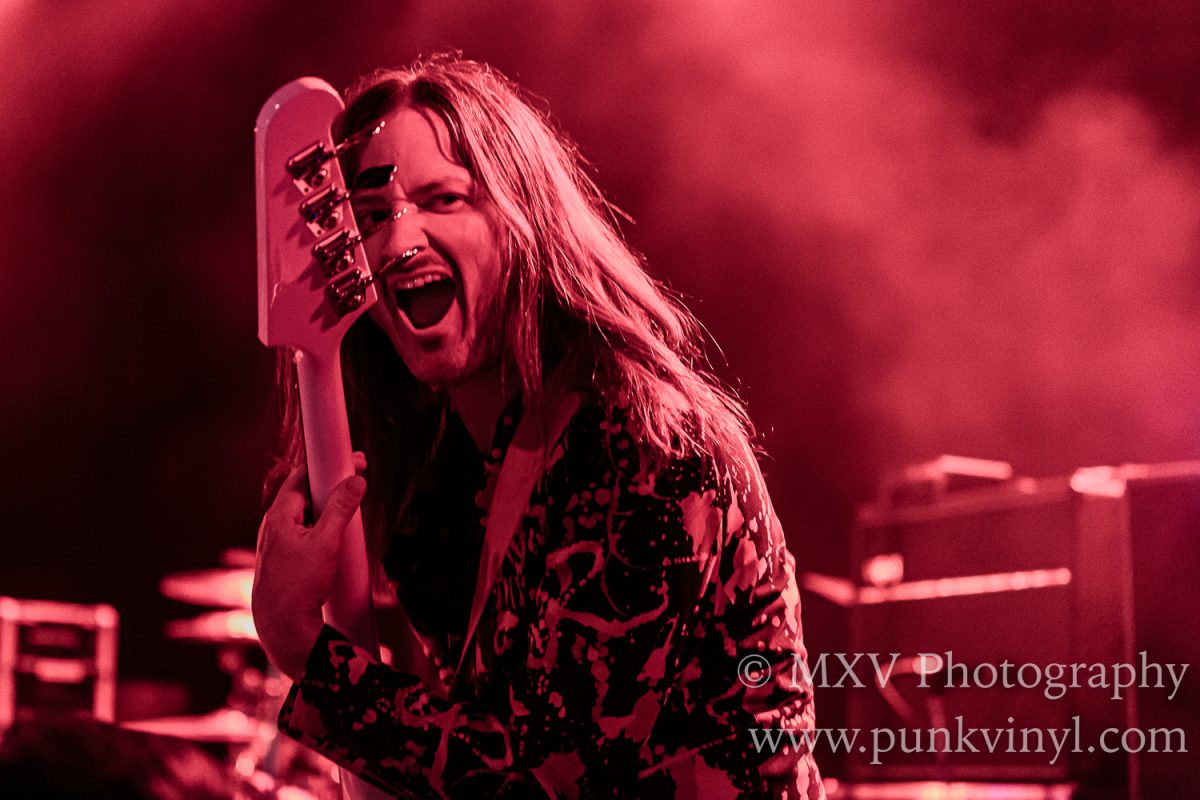 Two bands that have been touring the globe for decades joined forces on Thursday night to co-headline a show at Chicago’s Metro. The Melvins and Redd Kross brought an amazing evening of music to a packed house.

Redd Kross took the stage first and Jeff and Steven McDonald had a familiar face on stage with them sitting at the drums in Dale Crover from The Melvins! With Steven playing bass for The Melvins currently it means that both bands share members and would be doing double duty this evening. Steven was wearing a totally white suit which glowed a bit in the LED stage lighting. They opened their set with the title track from their new album, Beyond The Door, and immediately sounded great. They played an hour-long set of their really great and edgy power-pop tunes. The band has always been known for the phenomenal live shows and this night was no different. They had a beast of a drummer with Dale Crover and the twin guitar attack of Jeff McDonald and Jeff Shapiro drove their quirky and catchy songs and kept people happy.

Part way through the set they started dipping into their earlier material and played “Peach Kelli Pop” which Steven prefaced by saying they played here at the Metro touring for the Neurotica album (which is the album that song appears on) when he was still a teenager. Many of us old timers were teenagers too when they played that show! After more than 55 minutes of non-stop rock and good times, the band reached way down to their first album to play a medley of “Linda Blair” and “Annette’s Got the Hits”! It was a great way to end a rock solid set.

About twenty minutes later The Melvins took the stage. Steven McDonald is their current bass player so both he and Dale Crover were embarking on their second performance of the night. The band wasted no time getting to work as the three musicians melted the faces of the audience with a sound so huge that you’d think there were ten people on stage playing instruments. “Sesame Street Meat” and “The Kicking Machine” started off the night with a one-two punch as the band played on a dimly lit stage with only some faint red lights illuminating them for nearly the entire set. King Buzzo slid and jerked around the stage as he flawlessly played the thickest and crunchiest riffs around. He’d then casually step up to the mic to deliver his trademark bellowing vocals. The rhythm section of Dale and Steven sounded like a unit that had been playing together for year. They locked into place immediately and kept their groove the entire night.

The Melvins rarely stopped between songs, they mostly took the Husker Du approach of starting the next song immediately upon finishing one. The closest thing to stopping was Dale playing some drum fills just long enough to give Buzz time to change some settings on his gear for the next song. Early in the set they went way old school with a pair of treats, “Oven” and “With Yo Heart Not Yo Hands”! It must have been years since they last played either one and what a great surprise that was for long-time fans!

After 16 songs which spanned an hour, the band invited the rest of Redd Kross to come join them on stage and the conglomerate of these two great bands played a rousing cover of “Deuce” by Kiss. It really got the crowd going and the McDonald brothers even did all the Kiss moves as they were playing their guitars! It was a lot of fun and ended the evening on a big high note! Two great hours of music with two very different but complimentary musical styles. If this tour hits your town do not let anything stand in your way of seeing it!