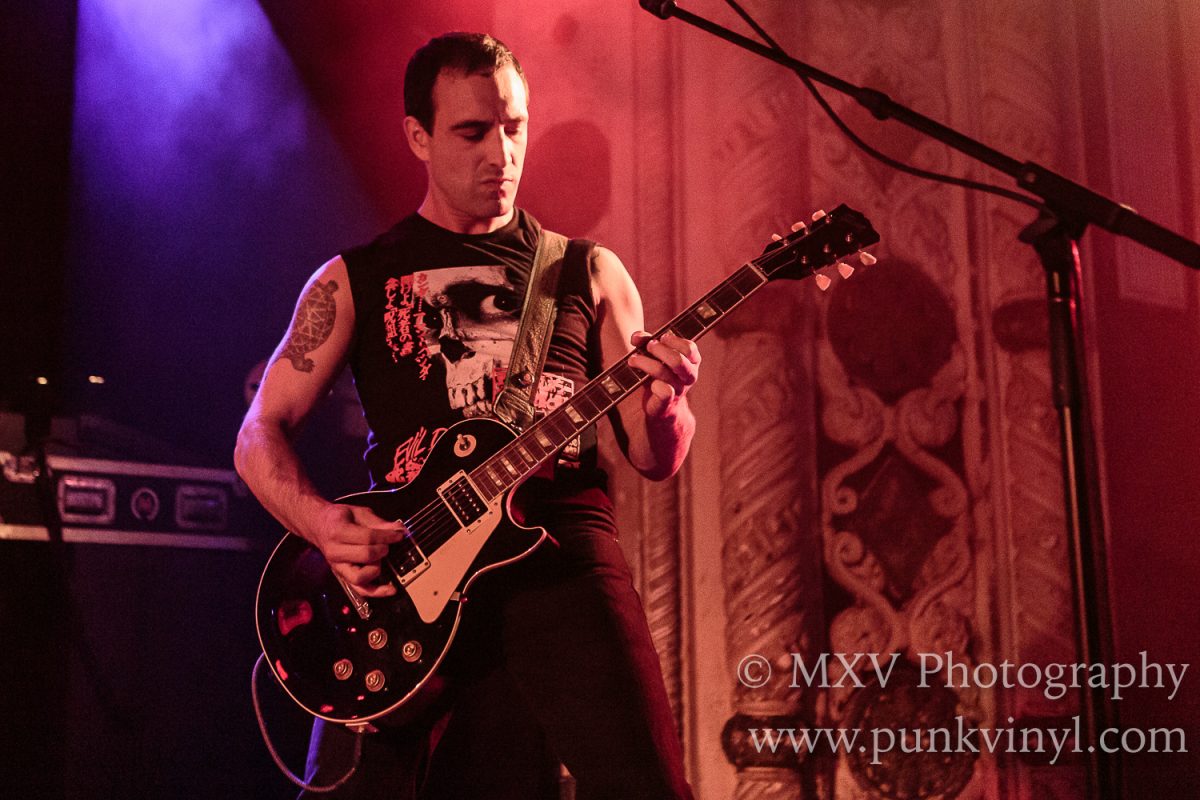 Thursday night, Cave In hit the road for their first tour in awhile and they started it off here in Chicago at the Metro where they headlined a four band bill. They were joined by an eclectic lineup of bands which made for an interesting and diverse musical evening.

First up was a local act that has been around quite a few years, Lazer Wulf. They are a three piece who played mostly instrumental numbers with some occasional vocals. They had fast tempo songs with a lot of interesting time changes and clever guitar work. In a way they were a bit like early Don Caballero with a singer and that should be taken as a compliment. The guys in the band were smiling nearly the entire time so it was obvious they were having a lot of fun performing, and their set was excellent.

Next up was another Chicago band that has been active for quite some time, Sweet Cobra. They used to sound a bit like Neurosis but they’ve evolved their sound quite a bit since then. They still play ultra heavy music, but it is a lot more diverse and mellow compared to their early work. They didn’t spend much time talking between songs, they just played one good song after the next of their fairly recent material. The bass player/singer has a great bellowing voice that compliments the music nicely. They were great and if this band has flown under your radar all these years you should fix that radar immediately!

War On Women was next. This four piece, split evenly between female and male members, were the most punk rock band of the night. Their songs were fast, loud, and sometimes quirky. Their songs are mostly feminist in nature and their brand of hardcore was full of energy and passion. The singer was very charismatic and she bounced all over the stage and was very animated. The crowd loved both the band and their message and on top of that their set was a lot of fun.

Cave In closed the evening with an hour-plus set that touched on a good bit of their discography. They opened the set with one of their best songs, “Luminance” It sounded amazing. They have such a heavy sound with a lot of intricate dual guitar work layered on top of big riffs. For as heavy as they are, they are also equal parts melodic, especially in the vocals. Their sound has evolved over the years from post-hardcore with growled vocals, then going off the deep end of melodic, almost pop territory, to what they are now which seems to be the perfect blend of pop influenced vocal delivery with heavy and layered guitar work. They will have you banging your head while crooning along.

Early in the set the band played a couple of early songs which got many long-time fans in the audience all worked up. From there they played a handful of songs from their newly released album, Final Transmission. This stuff sounded great and really showcased what a unique style of music they’ve now evolved to. These new songs should appeal to fans of every era of Cave In all at once. The band delivered one great sounding song after the next and the technical wizardry happening on stage with the two guitarists was hypnotizing. How they can be so heavy yet at the same time so complex is an amazing thing to hear and feel in person and the audience was loving it.

After about an hour the band wrapped things up with an encore and then called it a night. Their first night of a tour after being off the road for a little while was excellent, and this tour is something no one should miss an opportunity to check out if it stops in your city. It was an excellent night of music from four unique and talented bands.