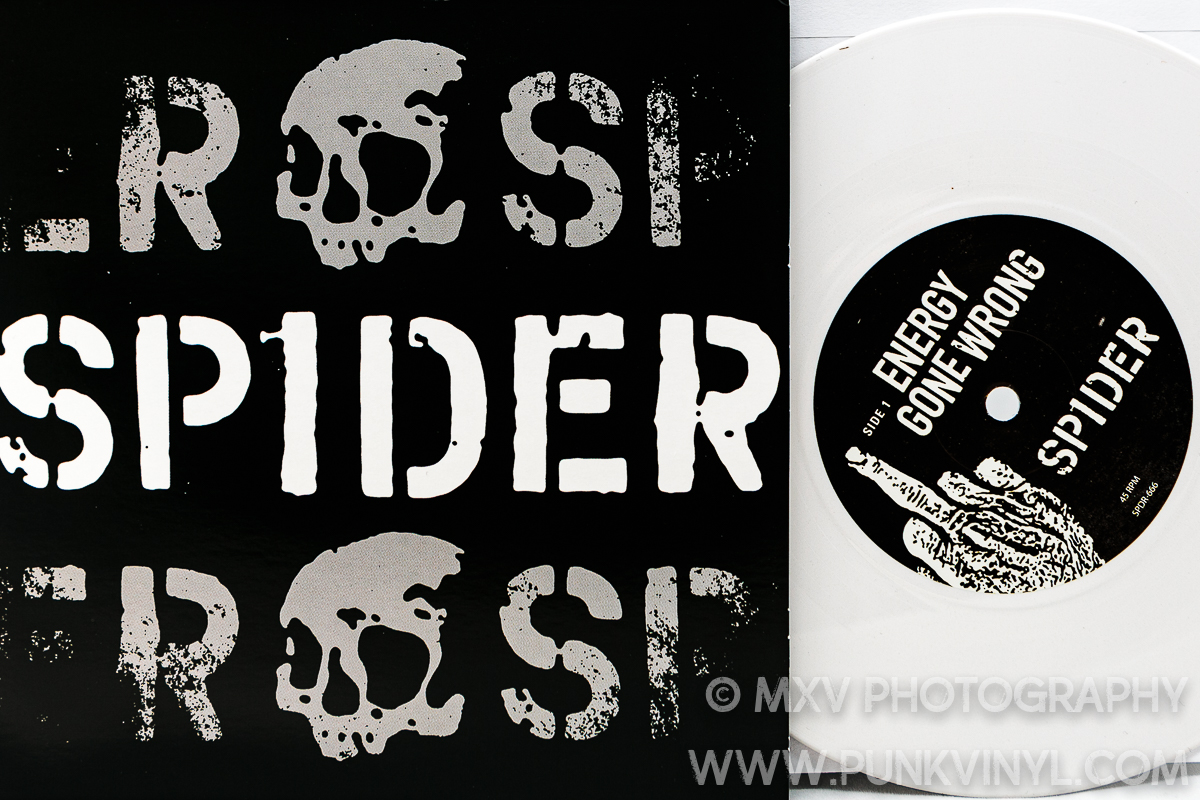 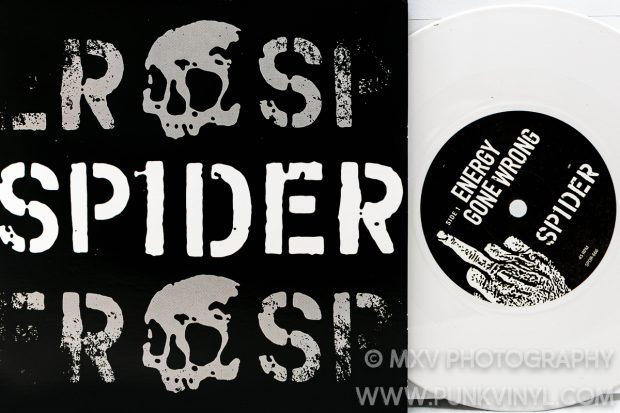 Spider is a fairly new Southern California punk rock band and this three song 7″ is their debut release. While you may not be familiar with them, if you are a fan of early 1980’s SoCal punk/hardcore especially of the OC variety, then you are going to want to be as the two original songs on this single will definitely resonate with you.

Side A features one song, “Energy Gone Wrong”. It is a mid to fast tempo number with a driving guitar sound that definitely was influenced by Rikk Agnew and that OC punk sound that made bands like Adolescents and D.I. so great. The song sprinkles in a hint of hardcore with the earlier classic punk sound. The call and response chorus will get stuck in your head all day. The vocals pack quite a punch and have just the right amount of raspy edge to them for that extra bit “oomph”.

Side two starts off with a completely unnecessary cover of Black Flag’s, “Depression”. While it isn’t bad at all, it’s a shame they wasted space on their debut with such a cliche’ choice of band’s to cover in lieu of another one of their own songs, especially since the two originals on here prove what a good band this is. At least they didn’t go the usual route of covering “Nervous Breakdown” so I’ll give them that, however it should be against the law to cover Black Flag, Minor Threat, and Misfits songs since every new punk band on the planet seems to cover their songs repeatedly. The band quickly redeems themselves with, “The Reeperbahn”, the last song on this single. This one starts out a bit slower and then steadily builds into a wonderful display of everything great about OC styled punk rock. The guitars sound reminiscent of the Adolescents, and the melodic backup vocals will have you singing along and jumping around the room. It is easily the best song on the disc and I can see this one being a live favorite for sure, if I was booking it, I’d have made it the A-side.

For their debut, Spider really came blasting out of the gate with a really strong pair of songs on this single. More releases from this band will definitely be a good thing and hopefully they can keep delivering material as strong as this debut. For fellow record nerds, this single comes on either white (shown) or clear vinyl, with 250 being made of each color. Sadly it does not come with an insert or a download card, but I highly recommend picking this up, the two original songs are well worth the purchase price.