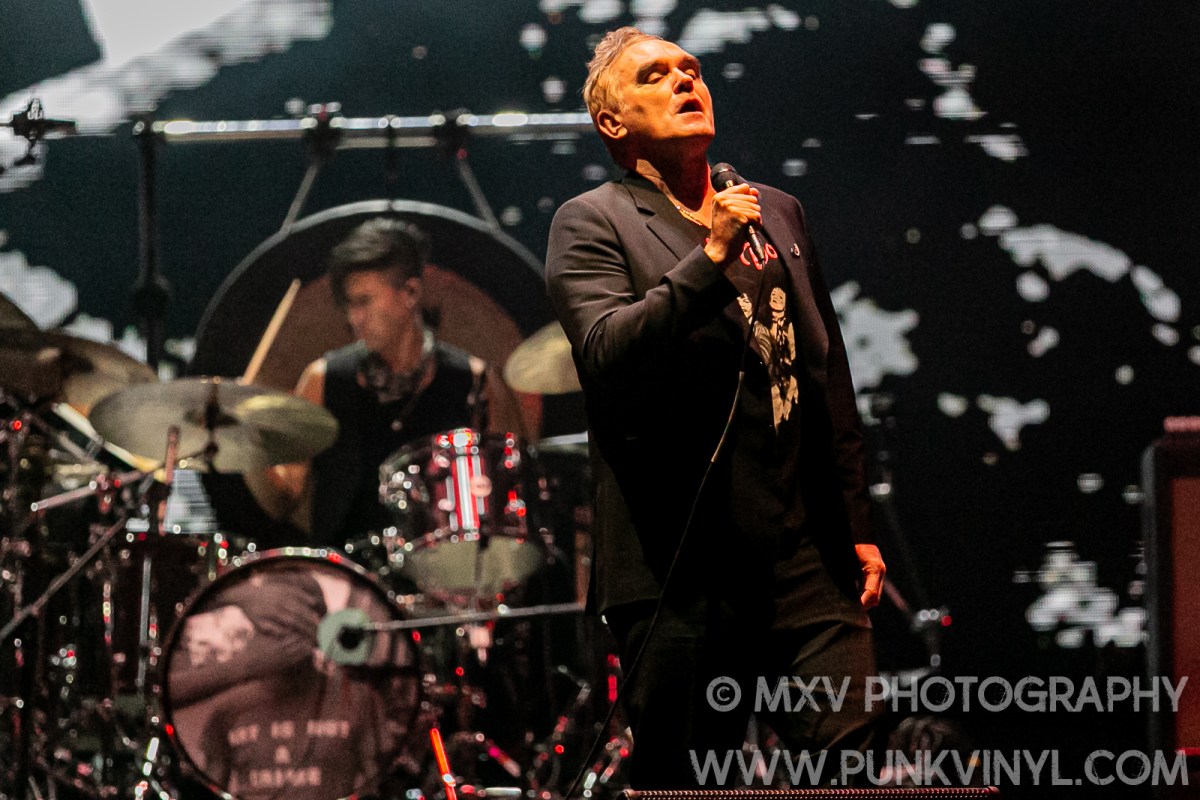 It has been a long two years since the last Riot Fest. The Covid pandemic took away many things that people took for granted, not the least of which was live music and the best outdoor festival of all time, but it was finally back and took place over the last four days in Douglass Park. The Riot Fest folks really had their hands full making this event be as safe as possible and having to reshuffle the lineup and find suitable replacement for various acts that cancelled their appearances so close to the event. Not only did they pull it off, but they really hit it out of the park! They made some nice tweaks to the park layout to create more space by every stage, and no longer had the two main stages side by side. This made it a lot easier for people to spread out more and navigating from stage to stage was very easy to do.

Riot Fest has always made the people happy but the atmosphere this year was different, people seemed even happier and relieved to be back at the park and seeing live music. Everywhere you looked people were smiling. People were enjoying each other’s company and they got to see four days of great live music on top off all other fun things to do, see, and eat at the fest. Since the music is what the fest centers around, let’s get to what we had on the first day.

WDRL, which stands for We Don’t Ride Llamas, is a four-piece band that are all siblings. These young ladies and gentleman must really like a variety of different musical styles because you can hear snippets of a lot of different genres in their original songs. They really made a nice blend of rock, soul, funk, world music and punk, all delivered with very skillful playing. Some of their songs were catchy and had sing-along choruses such as “The Flies”. They made an impressive showing for sure.

Joyce Manor was next. They’ve been around for about ten years now and have built up a pretty sizable following. Joyce Manor delivered strong pop songs with punchy guitars and catchy hooks. They sounded a bit like a mix of Weezer blended with pop-punk. It was very accessible stuff and was definitely a hit with the younger demographic segment of the audience in attendance that day.

Legendary punk poet laureate, Patti Smith, made her return to Riot Fest for the third time and a huge crowd welcomed her back with open arms. Patti seemed to be in pretty good spirits and even got a little feisty when she spotted a young lady in the front row of the audience holding up a copy of Horses hoping to get it signed. When Patti spotted this between songs she made a joking comment asking the young lady if she expected her to come down there and sign the record and how Patti had nothing better to do. The security team then took the record and handed it to Patti, who then proceeded to sign the record on stage which got a big round of applause from the audience and probably made that young lady’s day! Aside from that, Patti and her band delivered a rock solid, ten-song set that incorporated song of her popular songs such as “Gloria” and Because The Night” along with some other material including some early material. It was an excellent, hour long set.

Chicago natives, Alkaline Trio, made their Riot Fest return in the near main-event slot for the evening and drew a massive crowd. The Trio’s pop-punk blend is a big hit with multiple generations of music fans, both punk and otherwise. Their powerful yet melodic tunes are infectious and they have a great energy in their live performance that made the kids go crazy this evening. They blasted out one catchy tune after another and people kept craving more. Their 18 song set flew by in the blink of an eye and a lot of kids burnt off two years of pent up energy during their set for sure with their dancing, crowd surfing (including a guy in a wheelchair!), and singing along.

Morrissey closed the first night of Riot Fest. People are very divisive when it comes to Morrissey for a variety of reasons, but it is doubtful that anyone familiar with his musical legacy was disappointed with the performance he delivered this evening. First off, he opened his set by playing one of the best Smiths songs ever, How Soon Is Now?”! That alone was worth the trip to the park. That wasn’t the only Smiths song he’d play, he also played “Shoplifters of the World Unite” and “Never Had No One Ever”. His voice sounded great and he seemed to be in a slightly better mood than his usual brooding self. Morrissey played plenty of his own solo material too such as “Every Day Is Like Sunday”, “You Have Killed Me”, and “The Loop” and even threw in cover of The Pretenders’, “Back On The Chain Gang” for good measure. It was an excellent performance that likely exceeded many fan’s expectations.

The first day of Riot Fest was short but well worth the two year wait, and just 12 hours later the second day continued the fun! Welcome back Riot Fest, we missed you!