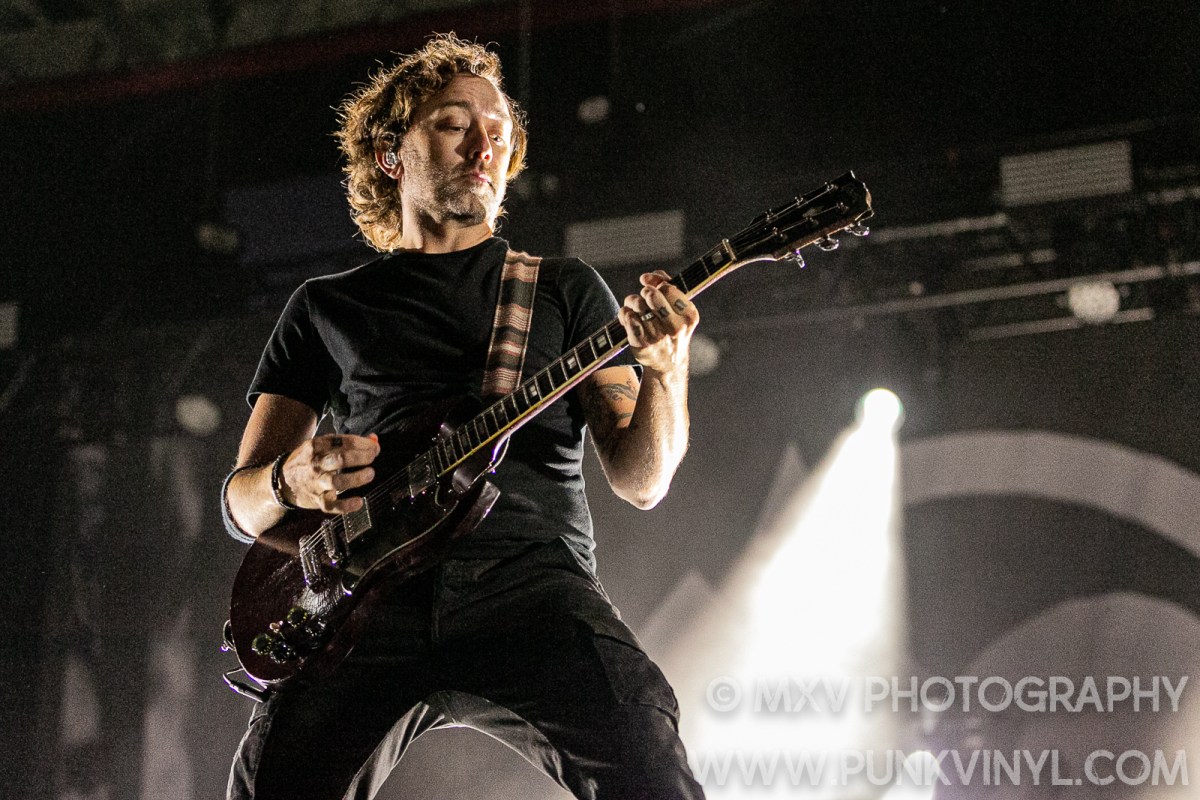 Saturday was the third day of Riot Fest and it had an action packed lineup. It also featured just about the most perfect weather you could ask for and the park was dry and no worse for wear from the previous night’s rain. The gates opened early and there was excellent bands playing right from the start.

Long Beach, California shipped us Spider for their first Chicago show ever. These guys are a pure punk rock band who has a lot of the trademark OC punk sound that made bands like Adolescents a household name. The songs are short and fast, the guitars loud, but retains just enough melody to keep you hooked and singing along. These guys put out an excellent EP a year or so back and they’ve only gotten better in the time since then and it was a real treat that they played a show here, and on such a big stage. Those who showed up early to check them out were wise as they more than made it worth the lack of sleep to get there on time.

The Bronx were up next and again put on a show worthy of showing up early. They got the crowd moving with their fast-paced, sing along punk rock. They were fast and loud and didn’t waste much time between songs except for the singer regularly pleading to the crowd to try to get them moving around more. He also made some comments that toed the line of pandemic denial without stepping over it. We all get it, the past year and a half sucked, especially without live music, but calling it living in fear is pretty insensitive to people who lost their lives and loved ones to the virus. Had they spent more time playing their music and less time asking the crowd to get moving their set would’ve been even better.

Citizen played on the Rise stage to a large crowd of mostly younger people, which made sense as the band members were on the younger side as well. Citizen handed in a set of mostly mid-tempo emo pop. They had some interesting guitar sounds that occasionally dipped its toes in shoegaze water without ever really getting wet. Some of their stuff was really catchy and interesting and the crowd seemed to not only love it, but were familiar and enthusiastic about most of their songs.

Across on the Roots stage was Les Savy Fav. These guys were one of the most entertaining acts of the day due to flamboyant and charismatic singer, Tim Harrrington. As the musicians on stage stood mostly in place while they played their quirky brand of post-punk/indie rock, Harrington was a painted up wild man that stripped down to his underwear, licked the chest of one of the photographers, donned a wig while dancing with a mannequin head, and spent the better part of one song going way out into the crowd and singing from the audience. It was amazing how long the microphone cable was which allowed Harrington to go deep into the massive sea of people and wander around, all while performing his vocal duties. It was hard to take your eyes off of him because you never knew what he was going to do next and you certainly wouldn’t want to miss a second of it. What an amazingly entertaining live band and a true highlight of the fest!

Hepcat played a set of mostly mellow and slow tempo ska/reggae. They had the horns, multiple singers, and all the ingredients for fans of that style of music. If you were looking to chill out and settle down for an hour then this was the place to be.

Best Coast drew a sizable crowd, all eager to hear their blend of melodic indie pop. Singer and sometimes guitarist, Bethany Cosentino, had a really great singing voice that matches the music beautifully. Their songs were really catchy with a lot of sing-along parts that will quickly get stuck in your head.

The Mighty Mighty Bosstones have played more than a few Riot Fests and made a welcome return again this year. As always they got the people off their feet dancing around, crowd surfing, moshing, and singing along to their ska-laced, sing-along punk rock. Their live shows are always very energetic and a lot of fun, which is why they are always welcomed back to this festival. This year was no different and it is a safe bet they’ll be back again in a few years.

Beloved Chicago punk veterans, The Bollweevils made their return to Riot Fest after something like 12 years! The Bollweevils were one of the best local punk bands of the early 90s and since reuniting at Riot Fest 2006 (How was that 15 years ago already?!), they’ve been regularly proving they are still one of the best bands in all of Chicago. Not only are these guys a great band, but also genuinely great people. Lead singer and doctor, Daryl, is always spreading positivity as he talks between songs and is a genuine role model. The band plays some of the best melodic punk/hardcore that you’ll find anywhere. Their songs are fast and energetic and have great sing-along parts that makes you smile and keeps your feet moving. They should’ve been playing one of the bigger stages and after the big turnout they got on this day, and when the word of how great a performance was, it is likely that may happen at a future Riot Fest. They deserve to be huge!

Rancid made a return visit this year and took the Radical stage as the sun was setting. What can you say about this band that hasn’t been said already? They are huge, their shirts are available in every shopping mall, they’ve sold millions of records, and they seem to appeal to just about everyone, even non-punk rockers. They delivered a very energetic set that had the crowd singing along to all their favorites. The kids went crazy, Tim Armstrong carried around a beat to hell guitar that didn’t seem to be plugged into anything (was it just a prop?), he had dreadlocks in his beard and looked like a pirate, and they were really a lot of fun.

Speaking of huge punk bands, Rise Against were next and people were lined up as far back as the eye could see to watch them play! These guys were a near last-minute replacement for Faith No More, who sadly had to cancel their appearance. Judging by the huge crowd, most of whom went crazy for Rise Against, it was more than a suitable replacement. The band had this really cool stage setup with all these LED displays, some of which also double as mini platforms that the band members could stand on. It was visually stunning at times, especially when coupled with the obligatory stage fog. The band blasted through a set of their trademark pop-punk and it is pretty incredible to see how big these guys have become. They delivered a main-event caliber performance worthy of the spot they were given.

If Saturday’s lineup wasn’t great enough, there was even more great bands set to appear on the final day of the fest and was looking to end on a high note for sure!