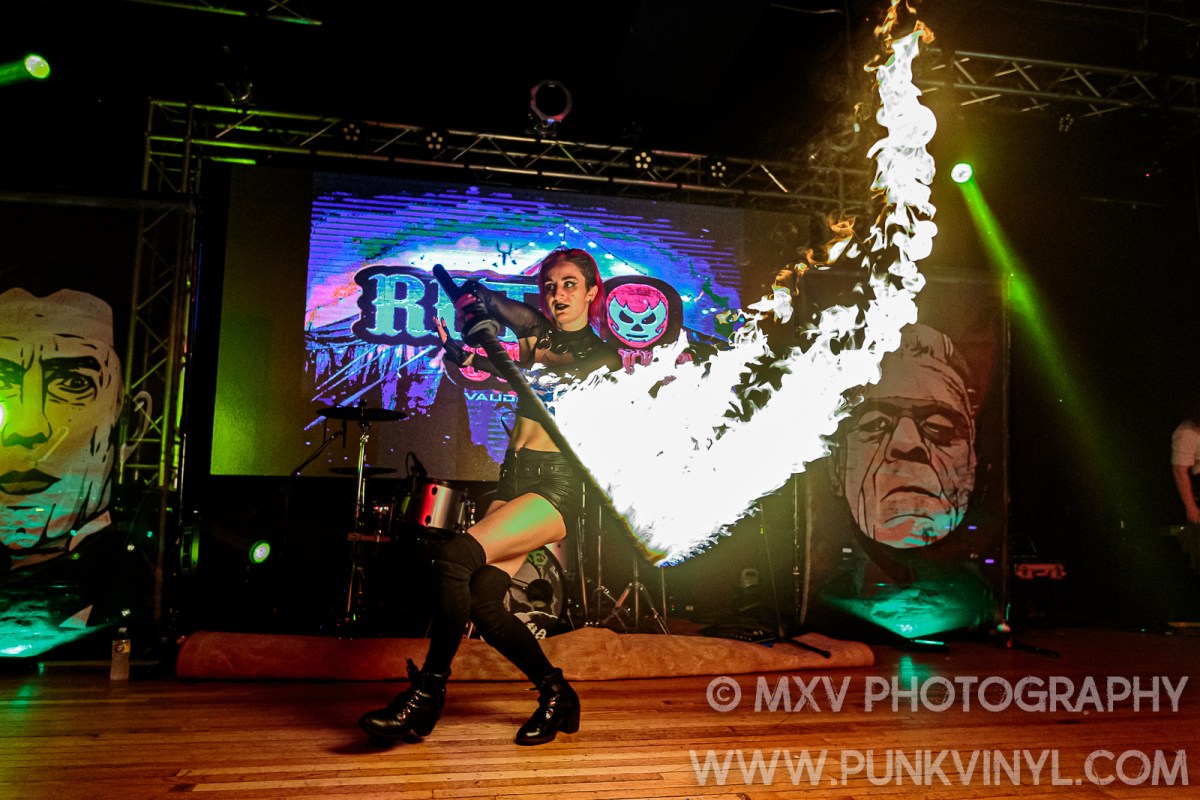 Saturday night, the Brauerhouse hosted a very special event, the debut of Retro Circus. What is that you ask? Retro Circus is an entertainment show that puts a modern spin on the old time carnivals, and featured Professional Wrestling, live music, a magician, a burlesque show, and more! The venue had the main stage where the live band, magician, and burlesque show took place, and in the middle of the room was the wrestling ring, surrounded by tables. There was plenty of free popcorn and cotton candy to go around too. In one corner a clown was making things out of balloons and Jack Sparrow was stumbling about as well.

The show pacing was really well thought out. It started with a women’s hardcore wrestling match that was born out of two ladies having an argument at one of the ringside tables. They literally beat the bloody hell out of each other. That was followed by The Vaudettes doing their first of three performances. They were very entertaining, talented, and beautiful. They danced, sang, swallowed swords, and did really amazing things with fire. Hellbilly Deluxe, a White/Rob Zombie tribute band (in full costume) was the live band and they performed a few songs, the first of which featured the Vaudettes still dancing on stage.

From here the pattern repeated itself two more times, wresting (including a fun and theme appropriate tag match with the Brothers Of Funstruction), Vaudettes, and Hellbilly Deluxe. Each time the Vaudettes took the stage they did something even cooler and more amazing. Hellbilly Deluxe spaced out the Zombie favorites between their three short sets, and they even had a magician come up on stage for a short act.

The show clocked in at close to three hours and drew a really good sized, diverse crowd. Everyone seemed to be smiling, laughing and having a good time. It was a really well done debut event for Retro Circus, a concept that is likely to really take off as it stands out above your normal wrestling show and normal concert, and unites multiple forms of entertainment under one tent, or roof in this case! Here’s looking forward to another one!