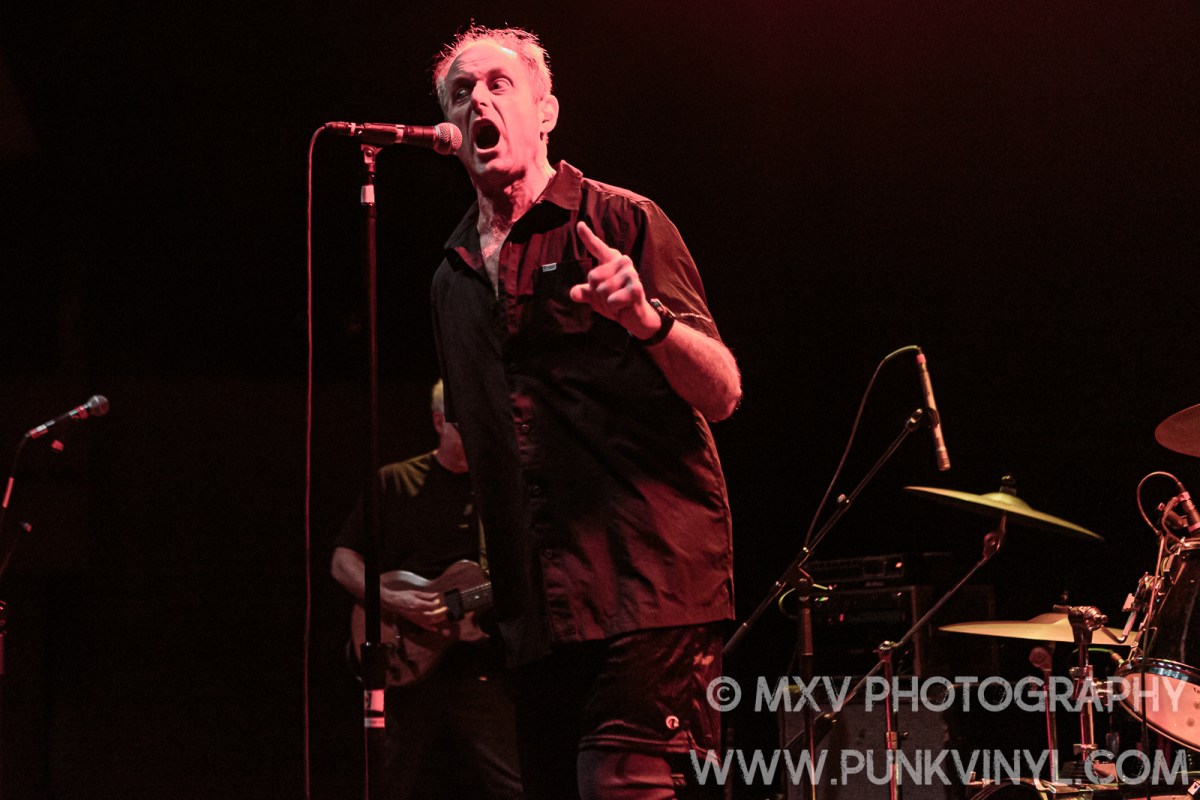 Three decades is a long time to wait for a band to return but that’s around how long it has been since Verbal Assault last played, let alone toured. The band recently decided to dust off their gear and get the band back together for a small handful of reunion shows and Chicago was lucky enough to get one of them. They headlined a rock solid, five band bill at the Chop Shop. It was an all ages show (as it should be), and it even started quite early!

First up was Heavy Seas. This band features the “man on 1000 bands” Jeff Dean on guitar and vocals. Much like his other bands, this one was quite good! Loud and crunchy guitars, heavy songs with still enough hooks and accessibility to suck you in, and plenty of energy. They were excellent and well worth checking out if you have a chance.

Next up was Canal Irreal. This band features Martin Crudo (Los Crudos, Limp Wrist) on vocals. They had a really unique sound that mixed bits of hardcore (especially the vocal delivery) with some really interesting and unique guitar work. The guitars had this great post-punk sound and really stood out in a good way. They had really interesting song structures too. They were absolutely fantastic!

Wrong War was next. These guys also hail from Chicago. They were more of a hardcore band but also incorporated some interesting noise in their music. Their songs were mostly short and sweet and really packed a punch.

Chicago punk rock legends, The Bollweevils were up next. They are without a doubt one of the best bands in the history of the Chicago punk rock scene and somehow they only seem to get better with age! They played an amazing set of old favorites and a handful of new songs from their forthcoming album! The new songs were top notch and either equal or even rival the old favorites. This band clearly has a lot to offer still and the world is better off for having The Bollweevils in it. Amazing live band, great songs, and they are all just all-around wonderful people to top it all off!

Verbal Assault closed the night out with a rock solid set. You’d have been hard pressed to think they haven’t played together in so many years as they sounded as good this night as they did back when they were an active band. They played a set comprised mainly of songs from their recently reissued releases, Trial, and Exit/On. It was a bit of a bummer they didn’t play “Backstab” or anything from Learn, but with so much great material in their discography, there was nothing to really be disappointed by as what they played was absolutely great. Getting older didn’t diminish the energy levels one bit, they sounded timeless and their roughly one-hour set seemed to go by in the blink of an eye and was something pretty special, closing out a great night of punk rock, with a touch of nostalgia, all inside a really nice venue!