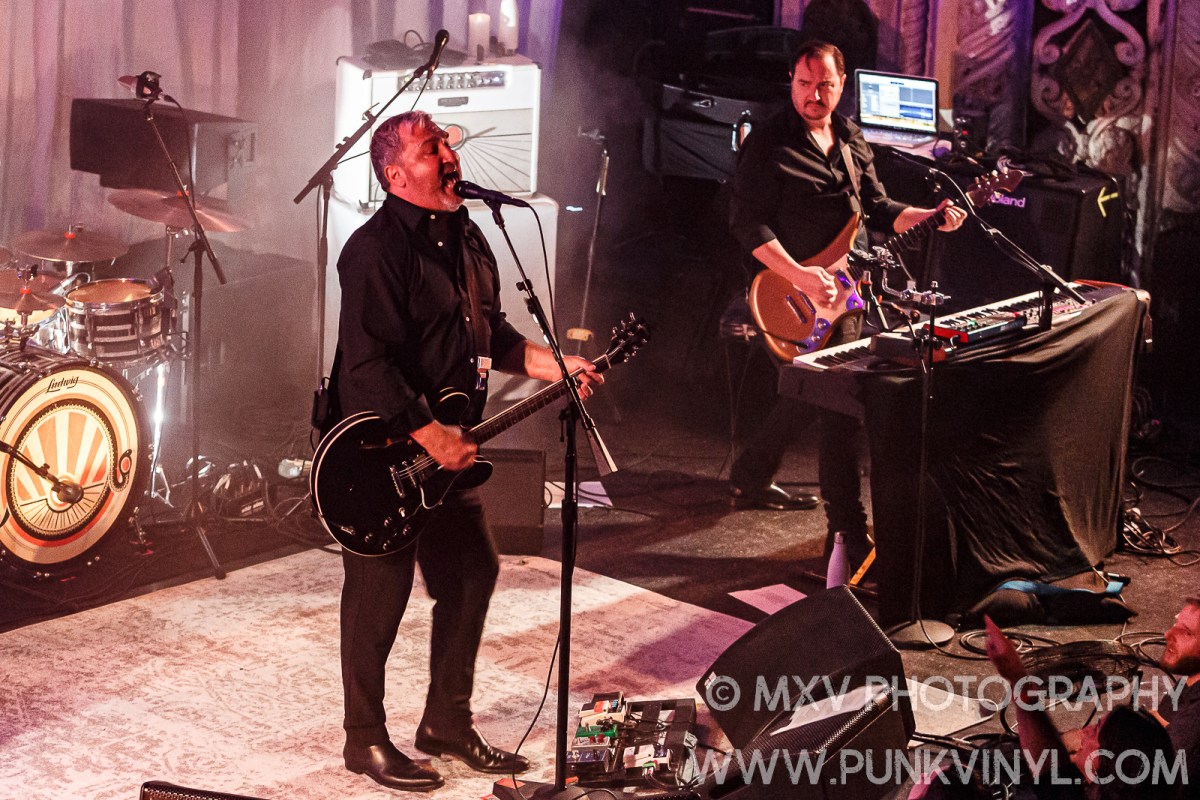 Saturday night the Afghan Whigs made their long-awaited return to Chicago when they headlined a show at Chicago’s most legendary and beloved music venue, the Metro. They were part of a two band bill and played to a packed house.

First up was Pink Mountaintops. Hailing from Canada, this band mixed a bunch of styles together including 90’s style alternative rock/grunge, rock, a bit of country and more. At times they had a Screaming Trees meets Dinosaur Jr. vibe, especially with the loud guitars in certain songs. Their 45 minute set was really quite enjoyable.

The Afghan Whigs are currently on the road supporting their ninth studio album, How Do You Burn, which was just released the day before. They opened their show up with “Jyja” from the album. The song fit right in with the band’s sound that we all fell in love with and it certainly was indicative that nine albums and nearly four decades in, the band still has a lot left in the tank and further proved it when they followed up with the first song from the new album, “I’ll Make You See God”. The band was playing in near darkness with the stage lighting being mostly from behind and stopping short of where the band members were actually standing. The whole band sounded well rehearsed and Greg Dulli’s voice sounded great.

Aside from the standard guitar/bass/drums, the band also incorporated piano, violin, and castanets during certain songs. The band didn’t spend a lot of time chatting between songs but Dulli did inject some conversations at certain points, whether it was thanking the crowd, expressing his delight to be back on stage, or announcing the name of a song.

The setlist was very heavy on newer material, in fact they didn’t play anything from Up In It! But when you are nine studio albums deep, something is going to get neglected and the selections of favorites they played was quite pleasing, including “Gentlemen”, “What Jail Is Like”, “Summer’s Kiss”, and even a cover of “Who Do You Love”. They played a near two hour long, 25 song set without taking a break and instead of an encore, they just kept playing until they got though all their planned material, closing with a cover of The Smiths’ “There’s a Light That Never Goes Out”. It was a fantastic performance!