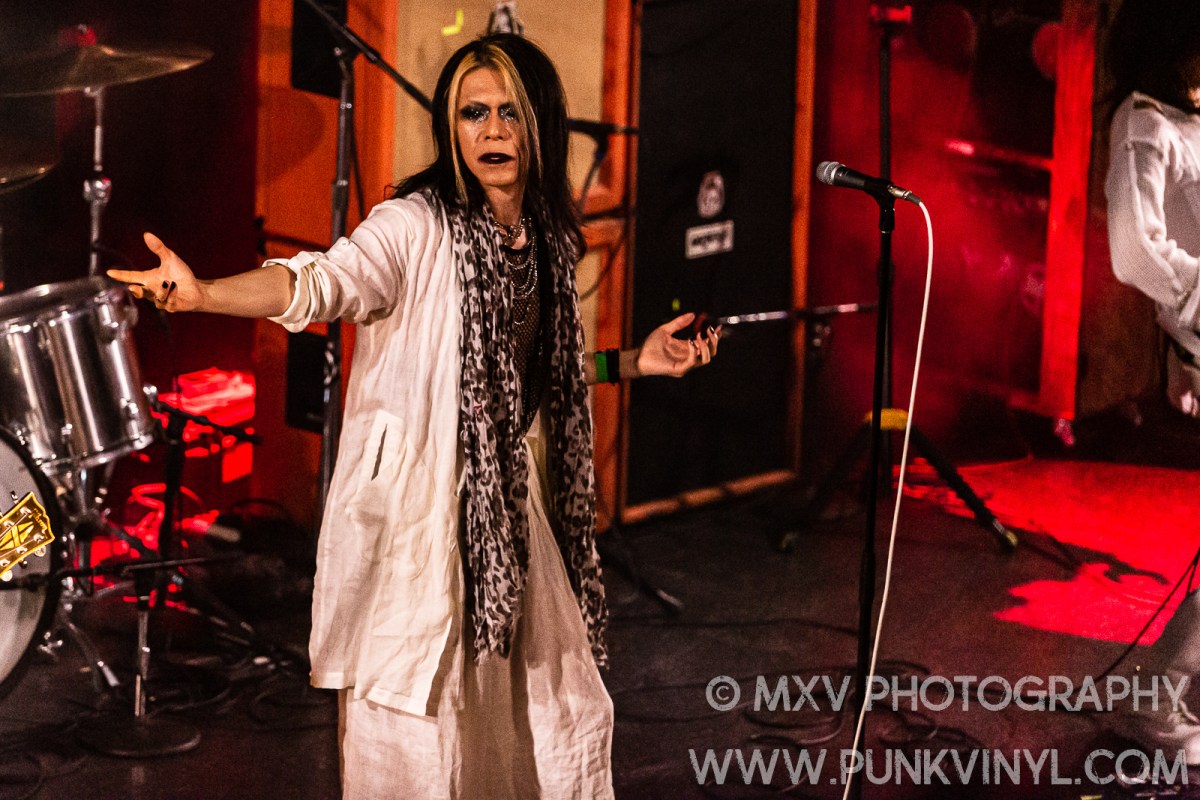 The Metro has been on fire lately with great shows as it is celebrating 40 years of being Chicago’s most beloved music venue. They kept the momentum going when Boris finally returned to the windy city after quite a few years away. This Japanese powerhouse has been around for a long time as well, as this year will mark their 30th birthday as a band. They headlined a two band bill on a rainy Sunday night. Some minor flooding around the city didn’t stop anyone from coming to the show however as the club was quite crowded this evening.

First up was Nothing. This four-piece shoegaze band took the best elements of Ride, My Bloody Valentine, Slowdive, Medicine, and others and threw it into a blender and turned up the heaviness to really make something special. They had somewhat lengthy, complex songs that would travel from the melodic and subdued, to pummeling you with a huge wall of noisy guitars. The singer had such a great and melodic voice that really had a lot in common with the vocals in Ride, hence the comparison. They played mainly in the dark, which totally fit the style of music they were belting out. These songs sounded like works of art and they were intense and beautiful all at the same time. This band was amazing, run, don’t walk, and check them out if they come to your town, you’ll be totally blown away!

Boris was next and they wasted no time in getting down to business and blowing away the entire audience with their unique brand of heavy rock music. Because lead singer, Atsuo also usually handles all the drum duties, they had a drummer with them for this tour so Atsuo could handle all the vocals. This drummer fit right in and was a powerhouse. They opened with Anti-Gone and from there they concentrated on a lot of faster, heavier material that resulted in a pretty sizable mosh pit on the main floor that lasted the entirety of the show. The guitar work of Wata and Takeshi (who plays a double neck, guitar/bass combo) really has to be heard live to appreciate the intensity of it. These two were the silent assassins on the stage melting the faces of the Metro crowd, while Atsuo belted out his trademark vocals that are both gruff, bellowing, and sometimes even melodic. Sometimes they sound hardcore, sometimes metal, sometimes rock, and as evidenced by “(Not) Last Song”, experimental and melodic (the song featured Wata on Piano while Atsuo was crooning).

Boris blasted through thirteen songs before briefly leaving the stage. They came back a few minutes later with the two guitarists from Nothing in tow and they all played one last song which was an improvised jam, and as huge of a wall of sound as you’d expect from the merging of these two superpowers. It was a great climax to an absolutely flawless show!