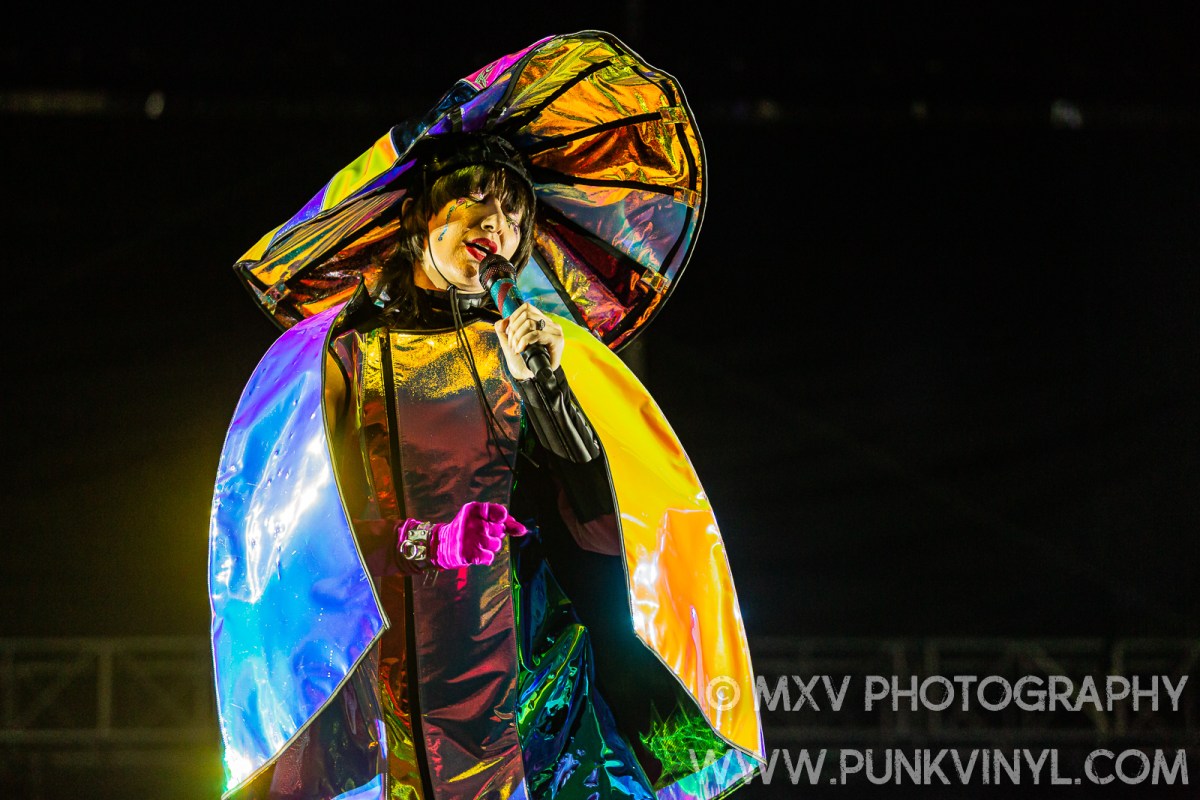 Sunday was the final day of Riot Fest, and the end of the final weekend of summer. It is always a bittersweet day and this one ended on a high note. The fest had some great bands on this final day, and the rain waited until the fest was over before it arrived!

Jawbox is another band that broke a lot of hearts when they disbanded, but recently mended those hearts when they reunited for some reunion shows. We were blessed to have them be part of the fest this year and they did not disappoint! Much like Sunny Day Real Estate the night before, you’d have thought Jawbox never stopped playing. They sounded as good as they ever did. They played a 45 minute set that touched a little on most of their discography. They pulled out some heavy hitters like “Static”, “Tongues” “Cutoff” “Dreamless” and of course, “Savory”. It was so good to have them back and hopefully they stick around and grace us with some shows before inevitably going back into retirement. Thank you Jawbox!

Another blast from the past that you may or may. not have been familiar with took the stage next. Lunachicks were an unexpected surprise and they sure were fun! They played their trademark, raunchy style of rock with some grunge elements. They had cool outfits on, were super animated, and really rocked! What an enjoyable set and those who may not have been familiar with them most likely walked away a fan when they were done playing.

Rap icon, Coolio took the Rise stage in the late afternoon. His once crazy hair was mostly covered with a hat but all these years later he still can deliver the goods. It wasn’t just him on the stage, he had a hype man and live musicians as well. Coolio paced back and forth across the stage as he delivered his vocal and occasionally he busted out a dance move or two. He of course played “Gangster’s Paradise” as well as some other songs and the huge crowd loved every minute of it.

Sleater-Kinney was the last band to play before the sun started to set. They played a really solid set of their style of indie rock and they sounded amazing starting with “High in the Grass”. Their two guitar players really wove a great wall of sound with their guitars and the vocals sounded great. They played a stellar 14 song set that ended with “The Center Won’t Hold” and it was a shame they didn’t have more time as they were totally on fire.

Yeah Yeah Yeahs took the stage as the sun went down and proceeded to put on the best performance of the entire weekend. Vocalist Karen O came out in a really colorful costume with a huge hat as lights blinded the audience as the band played “Spitting Off The Edge of the World”. They sounded incredible and it immediately felt like this was something really special. Karen O is a striking and mesmerizing front-woman, her unique vocals sounded so good and you can’t help but be totally hypnotized by her. She shed layers of her costume as the set progressed through such songs as “Cheated Hearts” “Pin”, and incredible rendition of “Maps”, and the insanely catchy “Heads Will Roll” among others. The band was visually and audibly light years above everything else the entire weekend. They were simply incredible!

Nine Inch Nails closed the show with a pretty stellar, 90 minute set full of strobe lights, fog, cool video effects and a lot of great songs spanning their entire career. The crowd went back in the park as far as the eye could see and as wide as room allowed spanning both stages. It was a great way to close out this year’s fest. Riot Fest 2022 will go down in the books as one of the best and most diverse in the festival’s history. It is going to be a really long winter waiting for next year’s fest, but the good memories of this one should help get through the year-long wait before making new memories in 2023.

Saturday night, The Bollweevils, one of Chicago’s finest punk bands from any generation, played a set during the Punk The Burbs fest at Base Camp in Lisle. The event was an all-day show that featured about a dozen...

There has been so many good shows in Chicago lately and it doesn’t look like that is going to change anytime soon. Friday night, Dinosaur Jr returned to the windy city to headline a show at The Vic.It has been a...