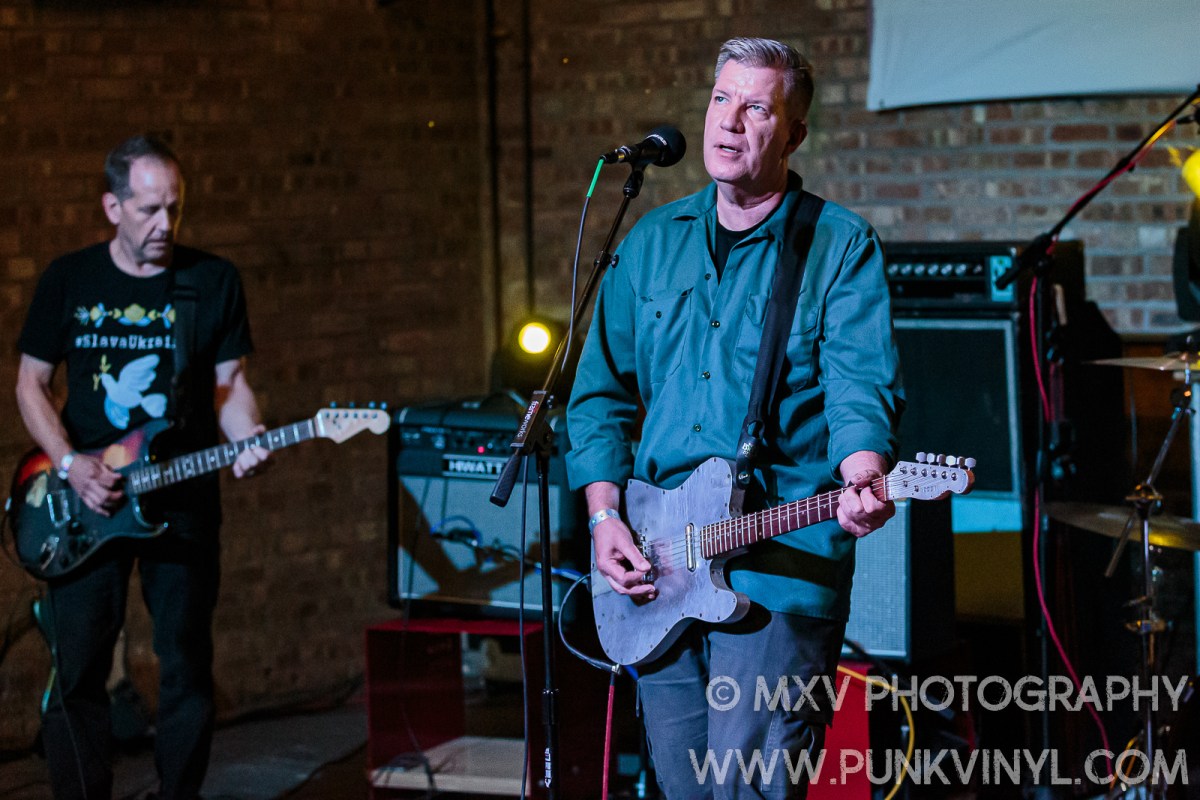 Saturday, Smashed Plastic Record Pressing held its first ever live music event, called Smashed Plastic Live, Vol. 1. This event featured an entire day’s worth of live bands, plus food trucks and various vendors. They had a pretty diverse lineup of bands but the true highlight was that Tar did one of their rare reunions for the event!

Tar has recently reissued a good chunk of their catalog on vinyl, which was all manufactured at Smashed Plastic, so it seemed like a very fitting event for Tar to pick up their instruments to play together for the first time in five years. Tar is/was a very special band to many people who were around during the early 90’s noise rock scene. They released a handful of amazing and unique records that have more than stood the test of time, and they also were well known for being the band with those cool aluminum guitars (one of which was featured as one of their record covers). They called it quits around 1995 but in recent years have done a very small handful of one-off reunion shows, all of which have been fantastic.

Aside from all of us being five years older and having lived through a global pandemic, little has changed in regards to Tar since their last reunion, and that’s a very good thing. They sounded as good as ever, seemed to really enjoy playing together, and you wouldn’t believe that all four of them only got to practice together in the same room twice leading into this performance. They sounded like they never stopped playing as they cranked out the Tar hits such as “Static”, Trauma” “Les Paul Worries”, “Solution 8” and “Viaduct Removal” among others. They were hugely entertaining and what a treat it was to get to see Tar one more time!