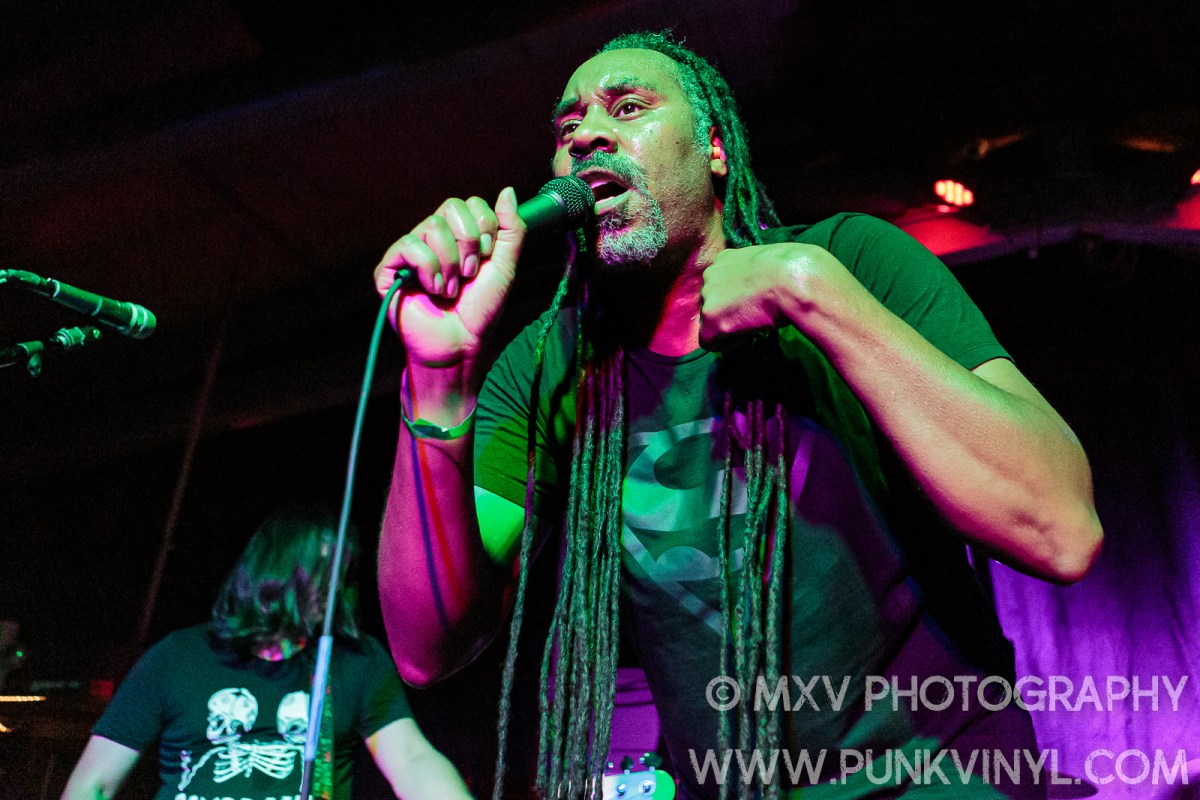 Saturday night, The Bollweevils, one of Chicago’s finest punk bands from any generation, played a set during the Punk The Burbs fest at Base Camp in Lisle. The event was an all-day show that featured about a dozen bands playing. The Bollweevils played just under the headliner for the day.

Any time that The Bollweevils play you are pretty much guaranteed a good time, and a rock solid set of their great songs both old and new, and we got that this time in the form of a fun and very energetic set that mixed some of their new material with many of their beloved classics. They opened with “Predisposition” and the band was on fire from the get go and Daryl was jumping around the stage. How these guys seem to have a limitless amount of energy the older they get will go down as one of life’s great mysteries but they were going 100mph the whole time. Between songs Daryl would often entertain the crowd with anecdotes, or give them things to think about in regards to social and economic issues. They played many of their great hits such as “Bottomless Pit”, “Dehumanize” and “Sundown” among others, and some material from their forthcoming album like the soon to be classic “Galt’s Gulch”.

The crowd loved every minute of it, and many people came up front to sing along to the choruses to the old favorites and some were dancing. Even the people sitting in the back were getting way into it as well, and there were smiles everywhere. The band played around 14 songs, ending with “Anthem” and the only complaint you could come up with of this performance was the omission of “999 Stoney”! That aside, it was another amazing performance from these long-time Chicago punk veterans that only seem to get better with age.