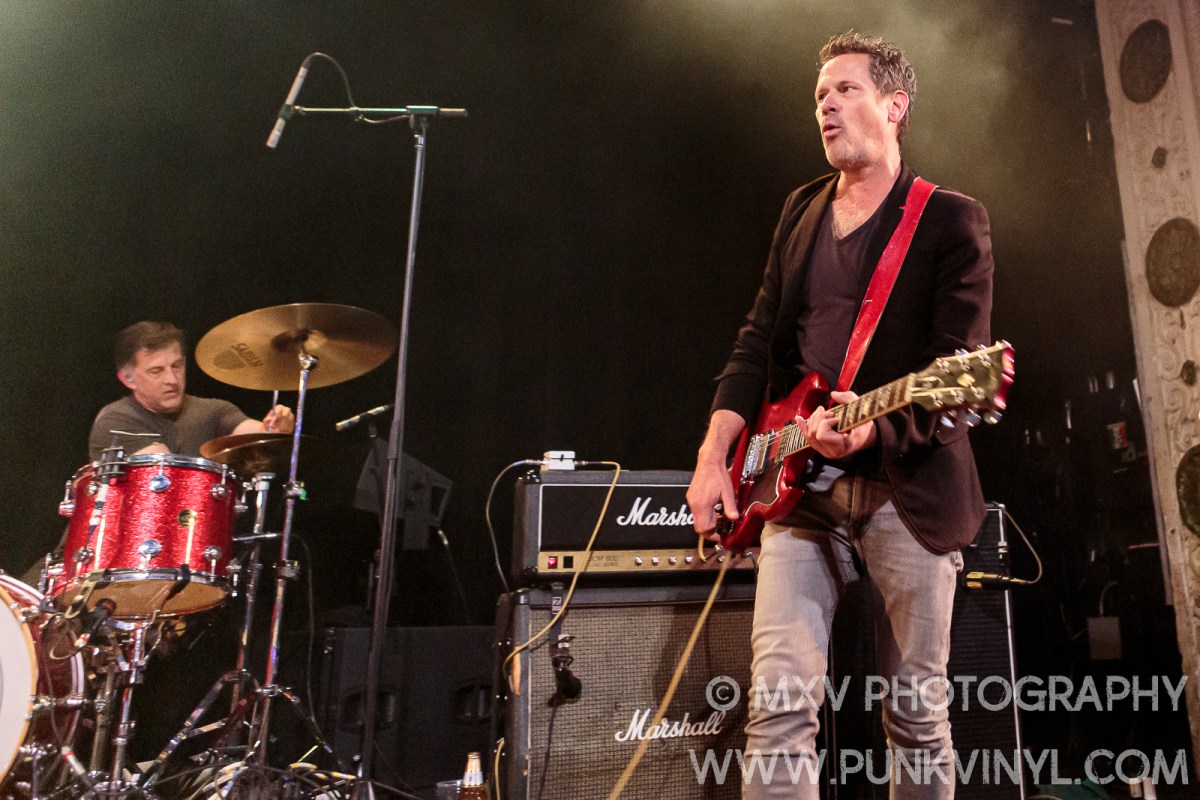 Wednesday night, Girls Against Boys was finally able to perform once again at Metro to celebrate a milestone event in their career (more on that below). They were part of a stellar three band bill which made for an amazing evening of music.

Chicago’s own, Poison Arrows, was up first. This trio has been around for a number of years now and features a former member of the beloved Don Caballero on bass. They played a fairly short (too short!) set of their special blend of hard-edged math/indie rock. Great driving guitars, and an amazing rhythm section that really packed a punch. They played a handful of brand new songs from an album they have in the works, and some more recent material (they released a new album early this year). It was really great to see them back up on a stage where they really shine.

FACS were next. This trio, also hailing from Chicago, played very complex indie rock that was downright hypnotic with its layers of effect-laden guitars and the building repetition that creates a good groove to suck you in. They didn’t really talk at all, they just put their heads down and cranked out some really great, fascinating songs. You really need to check this band out, they were amazing!

Girls Against Boys took the stage to a very enthusiastic crowd that have been waiting for this show for a couple of years now. The band hit the road to celebrate the 25th anniversary of House of GVsB, which was released on Chicago’s own, Touch and Go Records. The album received a deluxe edition reissue earlier this year to mark the occasion. The band announced at the start of their set that they’d be focusing the set on that era’s material and they played the entire album and other early tracks. They played with a lot of energy, and the band members were often seen smiling on stage while they were playing. The band has a very loyal cult following and they were really into the entire show as the band cranked out those classics.

Aside from playing that entire album, they also did a really good cover of Joy Division’s “She Lost Control”. They played 15 songs before leaving the stage, ending the main set with “Rockets Are Red”. A few minutes later they came back out to play three more songs, “Tucked In”, “Cruise Your New Baby Fly Self” and then ending the evening with “Let Me Come Back”. It was well over an hour of amazing songs and smiles and the who show really did fell like a nice celebration. It was really nice to have them back! Here’s hoping they stick around for awhile.