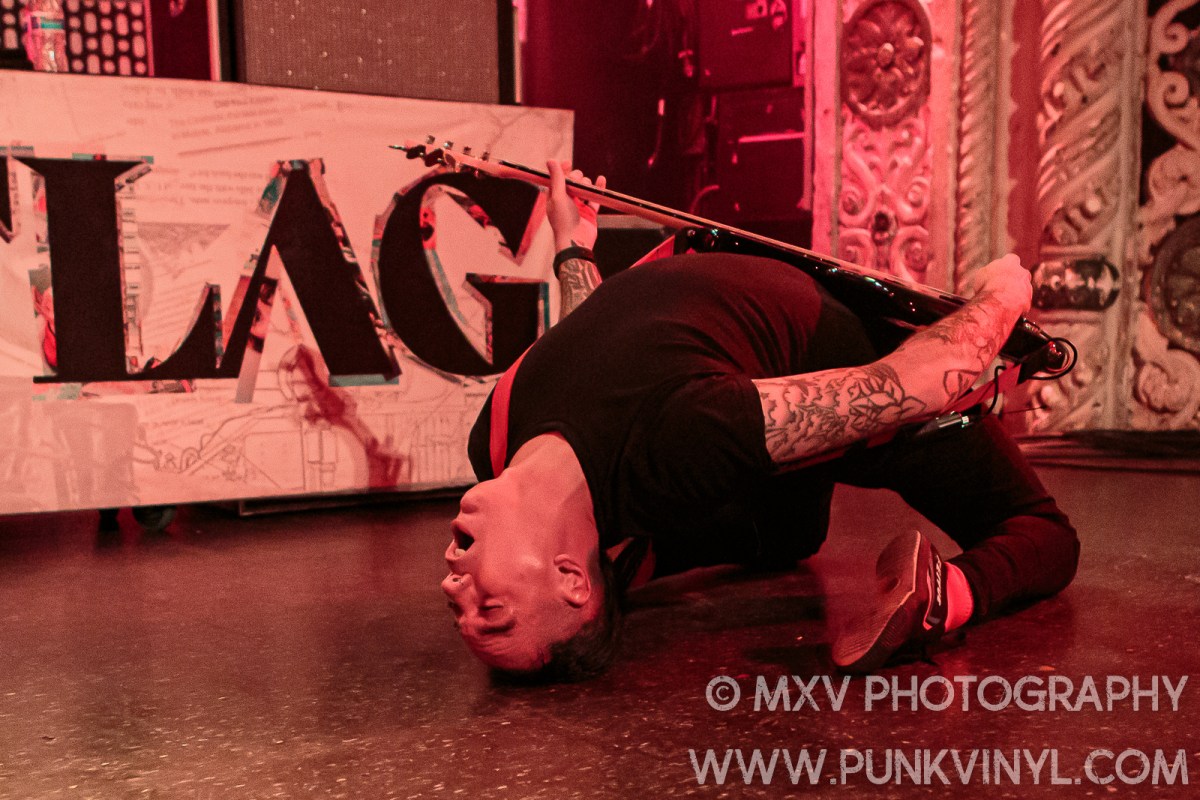 Friday night was a special one as the Metro hosted a traditional, all-ages punk rock show. ANTIfest, which was a five band bill that featured both Anti-Flag and Suicide Machines playing headline-length sets, made a stop at the legendary venue, one that hosted so many all-ages punk rock shows in the genre’s formative years. The club was packed full of mostly younger music fans excited to see some great bands.

We are the Union was the third band of the evening, after Blind Adam & the Federal League and Gully Boys. They were a ska-punk band with a half-dozen members. They were pretty heavy on the horns and the ska sounds with their upbeat songs that got your feet moving. They were smiling a lot and having a lot of fun during their half-hour set. At the end of their set, Jason from Suicide Machines came out and sang a song with the band, which was an Operation Ivy cover.

Suicide Machines were next and they announced that this was going to be their last show for a long time. Whether that means they are breaking up or just planning on taking a long hiatus is unknown, but if it was to be their last show, they certainly went out with a bang! They played a 45 minute set full of crowd favorites and were non-stop energy. Lead singer, Jason Navarro, spent a good amount of time hopping off the stage and singing into the crowd, or getting in the crowd and singing from the floor. The crowd went nuts and was way into it, especially when Jason was right up in their faces or in the pit with them. They played close to 20 songs.

Anti-Flag took the stage to a packed house that wasted less than ten seconds in going crazy once the band tore into “The Fight Of Our Lives” The band was moving all over the stage, and Chris #2 was jumping all over the place as well. The crowd was singing along to just about every song they played, and the pit was huge, including a bunch of crowd surfers. The band must mainline caffeine because they never held still for more than a few seconds and they didn’t waste almost any time between songs and just kept their high energy, fast pace going for over an hour! Their songs have a lot of sing-along parts and nearly the entire audience on the main floor, including people in the balcony, were singing along to just about everything. It was a sight to behold, audience and band united as one big voice singing a lot of “whoa’s and oh’s”. When the band did talk between songs, they would touch on current events such and the war in Ukraine and the current political climate. It was nice to see punk rock continuing to be a vehicle for thought and hopeful change.

Later in the set, the band did a medley of classic punk cover songs of bands like The Clash, Ramones, etc. While these needless punk covers have sadly become commonplace, at least they did something a little different by blending them all together and playing them even faster, rather than the standard “here’s a Ramones or Black Flag cover”. Still, with such a long history of their own excellent material, it seemed a waste of time to do this instead of more of their own good songs. That aside, the band put on an amazing performance that left the entire audience completely satisfied and proved that a good old-fashioned all-ages punk rock show is a great way to spend a Friday night!