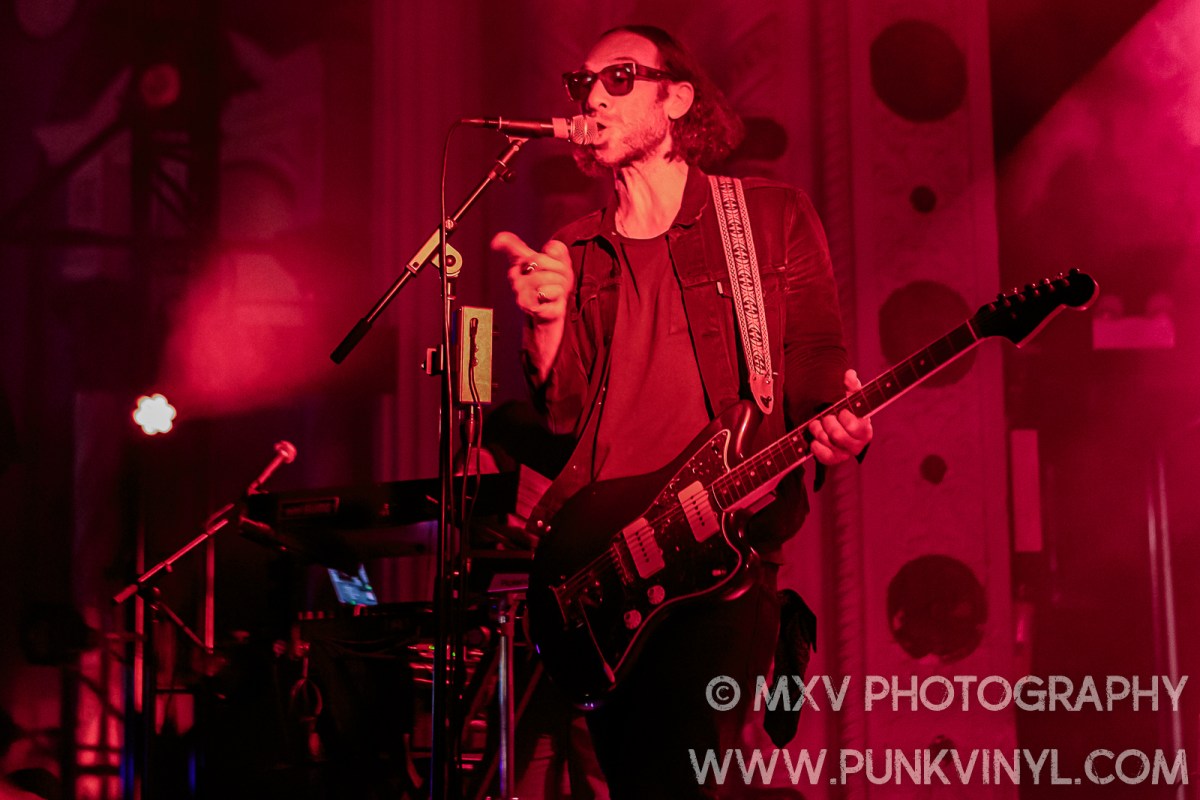 Last night at Metro, She Wants Revenge made a return after a long hiatus, and they brought The Chameleons along for the ride! Talk about an amazing double bill! It was more than enough reason to stay out late on a school night.

First up was D’Arcy (not the former Smashing Pumpkins bassist). This one-woman act stood behind some keyboards and electronics and played mostly atmospheric alternative rock. She had a really nice voice when not getting a little heavy handed with auto-tune, which thankfully wasn’t too often, and a haunting and dark tone to many of the songs. She was really quite interesting and the last track of her set was a real gem full of great emotion and beauty. She just released an album last week that will be well worth checking out. Also props to her for playing some of the music live instead of just singing while a laptop does all the work, that was a nice touch and she even played live guitar in a song or two as well and handling they. keyboards and effects. A really great, half-hour set.

The Chameleons were up next, but it wasn’t what you may have expected. Chameleons bassist/vocalist, Mark Burgess took the stage with a stool and acoustic guitar, and was joined by another gentleman on electric guitar. Burgess informed the audience that their guitar player had taken ill, so they had to reconfigure their performance, and thanked the person who loaned Burgess the acoustic guitar. The duo went on to play an hour of mostly classic Chameleons songs and it was incredibly entertaining. Hearing those great old songs performed in a different way really showcased just how great and timeless those songs are, and they all came off excellent being played like this. Burgess was very chatty between songs and had all kinds of interesting stories to share and came off as incredibly personable and humble, which just made you like him that much more. What could’ve been a disaster due to unfortunate circumstances turned into the true highlight of the entire evening! If you could come up with a single criticism, it would be that they didn’t play “In Shreds”, but every song they played was great, so that didn’t take away from anything. If you left behind a legacy of so many good songs that you can’t get them all into an hour long set, then you’ve really done something right! Here’s hoping the guitar player has a speedy recovery as well.

She Wants Revenge took the stage engulfed in fog with barely a light shining on the stage, and proceeded to play in near darkness and fog for their entire set. The band recently reunited with a new configuration and was a five-piece, three members being new. They opened with “Red Flags and Long Nights” and the band sounded in top form right from the start. From there they played a good mix of old favorites and some newer songs. Lead singer, Justin Warfield would often play additional guitar during many songs, but would shed the guitar for the songs he wasn’t playing it which freed him up to move around the stage and dance while singing.

Their gothic flavored, post-punk has not only aged well, but the newer material stands on its own as being as good as anything from the band’s past, and this revised lineup added some new energy into the mix as well. Warfield took some time between songs to express his appreciation for so many people showing up after they were away for so long and seemed truly touched by the great crowd response the band received the entire evening.

The band plowed though a rock solid twelve song setlist before exiting the stage at the conclusion of “Rachael”, which was a real highlight of the evening, but then quickly returned for a four song encore that included a great INXA cover of “Don’t Change”, then adding a little Bowie interlude of “Let’s Dance” into the middle of “Out of Control”. They ended the evening, as expected, with their most popular song, “Tear You Apart” that they extended the middle out with a long jam before bringing it back home at the end with the entire audience singing the final “I want to fucking tear you apart” at the end, closing a 90 minute set that was fantastic from start to finish!