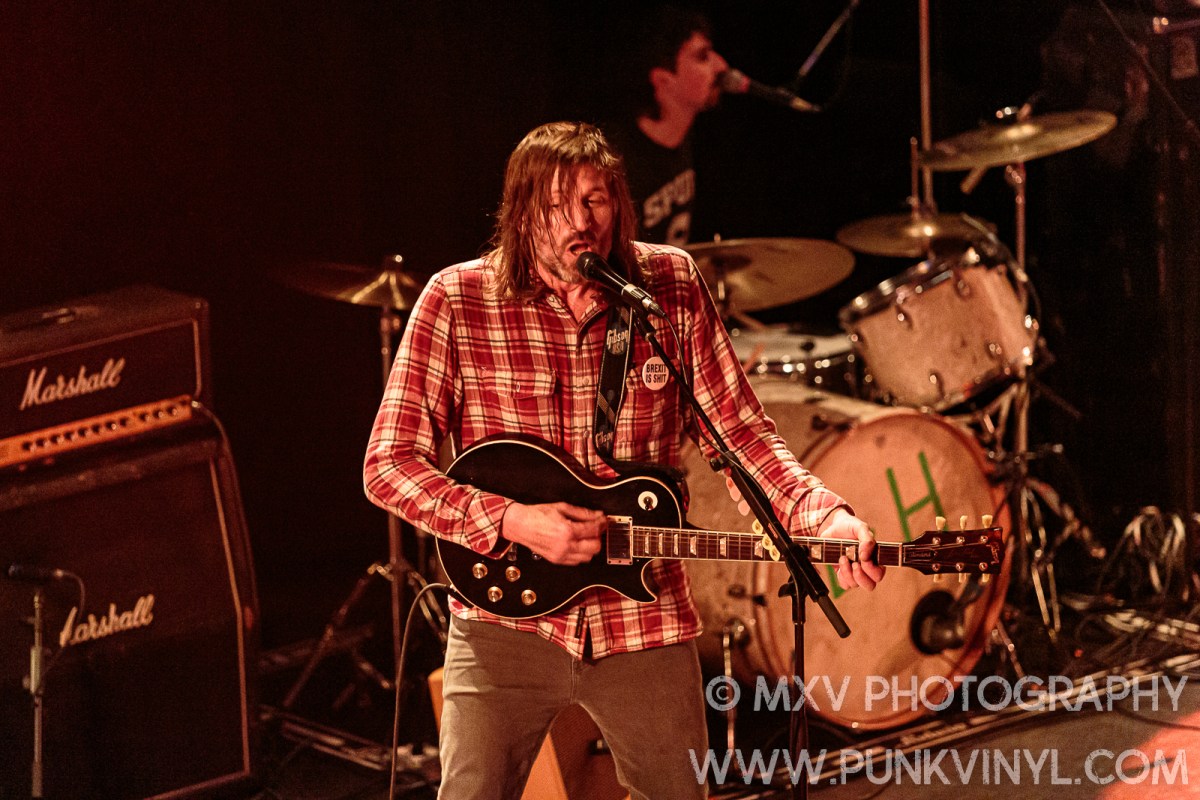 Saturday night was a trip back to the 1990s when the Lemonheads came back to town after a long hiatus and they even brought Juliana Hatfield with them! This was more than enough to easily sell out the Metro, and sell out it did, the place was packed to capacity.

First up was On Being An Angel, hailing from Austin, TX. This four piece with female lead vocals played some really enjoyable indie rock with loud guitars that had a real noticeable Dinosaur Jr influence in the guitar sounds. Good, powerful stuff, yet melodic at the same time. They played a nice, half-hour set that good the night started off on a good note for sure.

Alternative rock icon, Juliana Hatfield was up next. Those of you who haven’t been keeping up with her since her time in the 90s alternative rock spotlight may not be aware that she’s been putting out albums this entire time, in fact she has put out 19 albums since going solo in 1992! That’s an amazing amount of output. For this performance and tour, she was flying solo, just her with a guitar on stage. She opened with “Everybody Loves Me But You” from her first album and she was sounding good. She’d occasionally speak a little bit between songs but she came off as really shy and a little nervous, but was genuinely thankful for the warm reception she received. “My Sister” was one of her popular early songs that she followed up with and from there it was one enjoyable song after the next, ending her set with, “Bad Day”. It was good to see her performing live again and totally still delivers the goods.

Lemonheads were next and a clearly drunk Evan Dando came staggering out on stage after the rest of his bandmates and he was carrying a half-empty bottle of Makers Mark. This was a bad sign. He picked up a guitar and the band opened with “Into Your Arms” and it was really sloppy. Somewhere in the second or third song they stopped short and he made some comment about “skipping to the next track” in an effort to make light of the situation. You could hear in his voice that he was inebriated and the show was looking like it could really go off the rails at any moment. Thankfully when he put that bottle of booze down on the stage to pick up his guitar, he left it there and didn’t touch it the rest of the night. They sort of plodded somewhat sloppily through a varied set of songs, including a cover of the Eyes, “TAQN” which probably no one besides myself and the band members probably knew what it was but you gotta give them props for their good taste in rather unknown first wave Los Angeles punk rock!

After playing roughly 16 songs with very little time wasted between the songs, and none of them being off the album, It’s a Shame About Ray, which they promised to play in its entirety, the band left the stage for a five minute or so intermission then came back out on stage. When they returned they played that whole album in order, as promised and I’ll be damned if they didn’t sound a lot better in the second half. Maybe Dando took a shot of espresso during the break or enough of the booze worked its way out of his system after an hour of playing on stage already, but they got it way. more together for the album portion that closed out the set and ended the evening, and Juliana even joined the onstage for a song. The sold-out crowd seemed way more into it too than they were for the first half of the performance so thankfully it ended on a good note and averted was looked like it could have been a disaster based on the rough start. If you were grading it like school, the first half was a C- and the second half was a B-, though the heavily nostalgic crowd probably didn’t mind that much as they got to hear what they came for, provided they didn’t leave before the second half.