So the past few days were spent at the Wyndam Hotel near O’Hare Airport for the annual Pinball Expo. The pinball related action started a full week ago when Koz came to town and we made our rounds in the basement of Combustion Manor practicing up, as well as playing over at some friends houses too, getting some games in on machines that I don’t own. 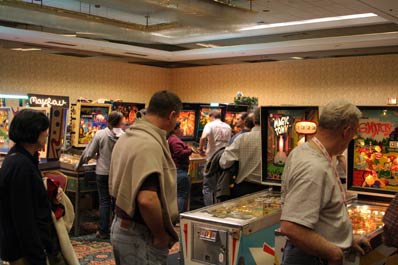 Part of the main Expo hall 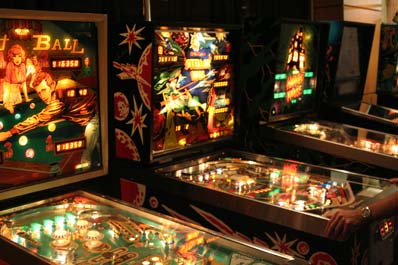 Some of the great older games

Wednesday was the start of Expo with the pre-party at the hotel. This was free for the masses. I got there right around 6pm when it was to start and people were still brining in machines and setting up. About an hour or two later, the place really started to fill up, there was a good amount of games to play, some of them were really nice and there were also some really great old ones that I haven’t played since I was a kid. 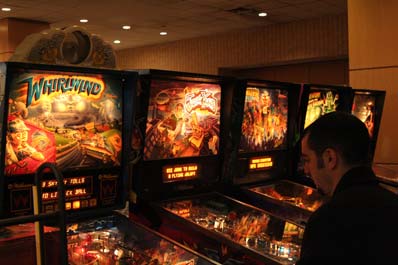 Thursday through Saturday I went there each day, thanks in part to getting free passes for the entire thing. I got to see some friendly faces from the past back when I worked at Williams Bally/Midway, and I met some new people as well as hanging out with my usual local pinball friends. It is always a good time at the least just for the hanging out and catching up with people but this year there was a pretty good number of great games to play which just made the experience that much better. 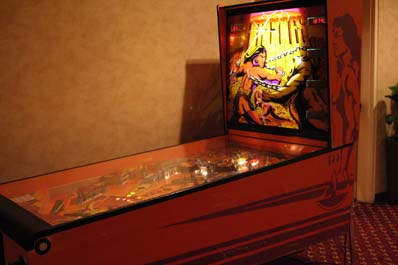 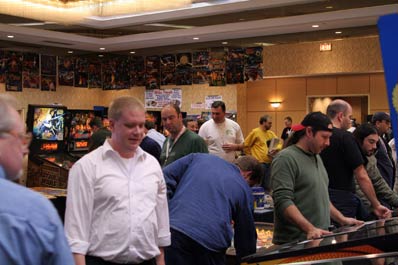 Part of the main Expo hall

Last night a big group of us went out to dinner at Maggianos where I ate so much that I’m still full today (thanks to Big Mike for footing my share of the tab in order for me to be able to go), and then we all came back to Combustion Manor for some more pinball playing into the late hours of the night (or really into today). Now I’m pretty much wiped out, and have reached pinball overload. I don’t think I’ll be playing that much between now and January when league starts up again, but that is usually how it goes for me. I crammed about 3 months worth of pinball playing into a week. I literally would be up until 3 or later, sleep until past noon, then get up, take care of a few things and head back to Expo for more fun. 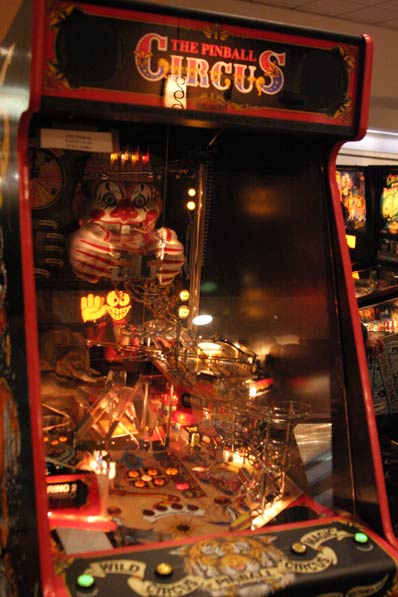 Pinball Circus – one of only two ever made! 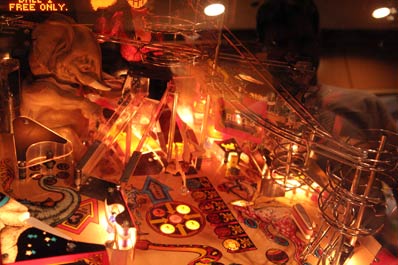 Pinball Circus – one of only two ever made!

I took a few pictures but I didn’t focus much on taking them because I was far too distracted by playing and talking to people. I even had one guy come up to me and recognize me from being on TV a few years ago on the pinball special they did on Chicago Tonight. I thought that was pretty funny that someone recognized me from TV. 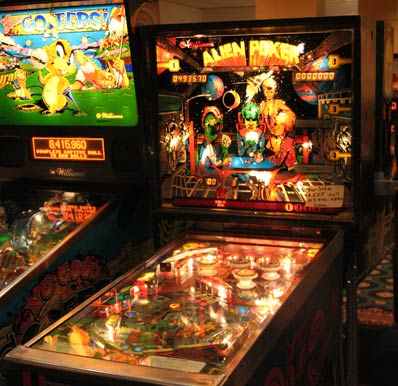 Alien Poker – This game played great and was a blast.

It was a really fun week that at times helped me keep my mind off my troubles and for game playing it was one of the better Expos that I’ve been to. There are a few more pictures after the jump. 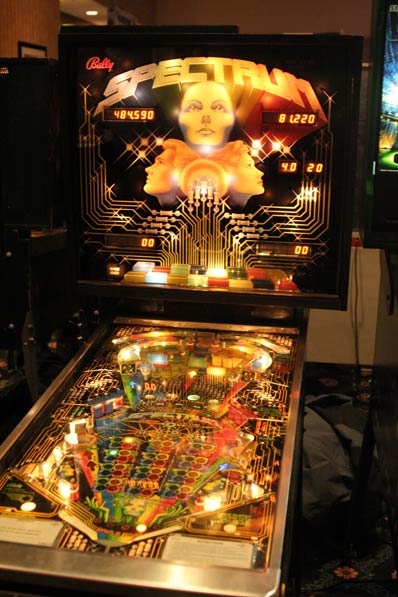 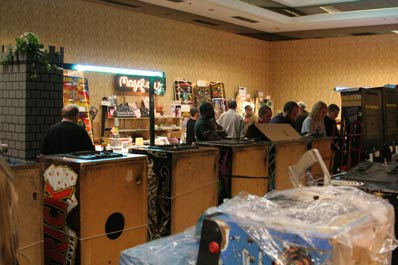 A big group of blown out and overpriced games 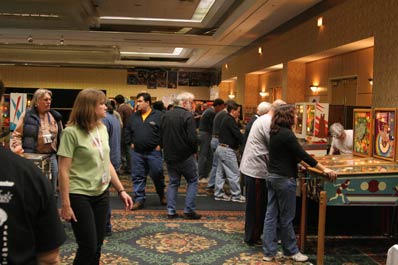 More of the main hall 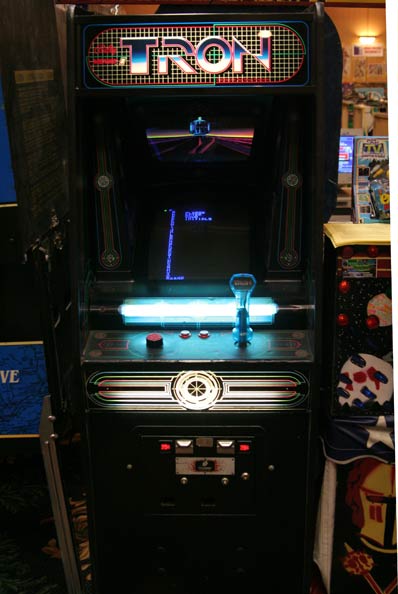 The only video game I still want to own. TRON! If I had the cash, I would have bought it 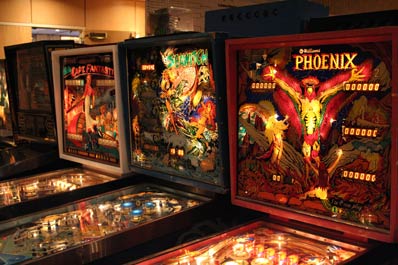